In its new operating system Microsoft is betting on games on the PC and integration with game consoles Xbox One, bringing the appropriate functionality. As noted Oszone, the Xbox app allows your computer to work with the Xbox Live network, to streaming of games onto computers, and several other possibilities. 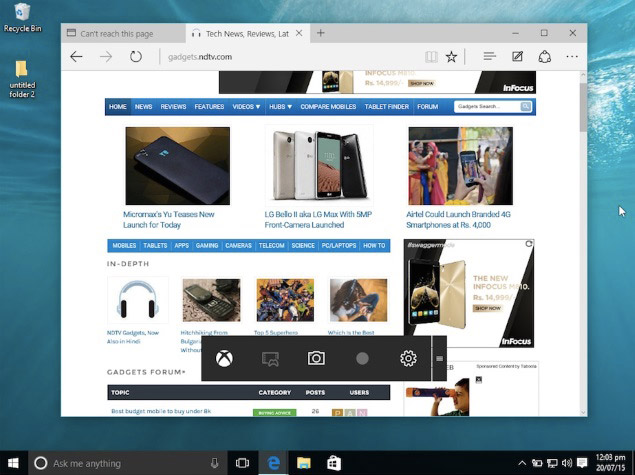 One of these features is the creation of screencasts. This function is available on Windows 10 and beyond games, allowing you to record video and take screenshots in apps. The user can simply use the keyboard shortcut Win + G to invoke the panel, with which you can create screenshots and movies, saving on specialized software solutions like Camtasia. On the desktop, this feature does not work.

Naturally, the built-in Windows 10, the decision can not be compared in terms of settings special applications, but for many users it will be enough. Video resolution does not exceed 1080p, and the minimum system requirements include a built-in video card Intel HD Graphics 4000, GeForce 600/800M or AMD Radeon HD 7000. Records are stored in the Videos folder/Clips. 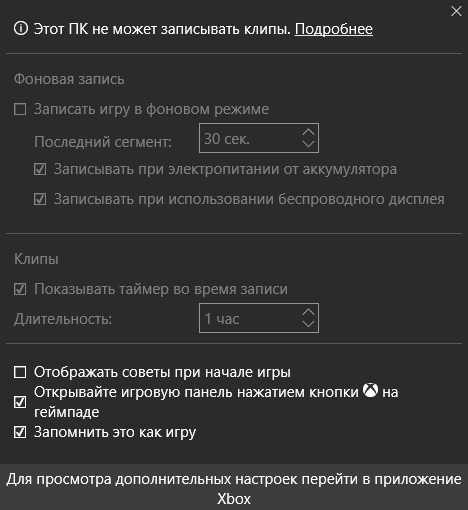 However, it became known that Microsoft has decided to abandon the synchronization of the start menu that are specific to Windows 8/8.1. Now the panel settings cannot be transferred between multiple computers using the same Microsoft account as it was possible to do from the start tiled screen “eight”. The same applies to the list of installed applications.

In Microsoft these restrictions are explained by the fact that the test period of Windows 10 has revealed the desire of users to personalize the appearance of the start menu” in each case. In addition, it recalled that the new operating system more versatile and able to work on more types of equipment, and therefore it is not always the same arrangement of the elements of its user interface will look good, for example, on your desktop and on your smartphone.

How to watch an online broadcast of the presentation of iOS 9 and OS X 10.11

To see the events that will occur at the worldwide developers conference WWDC 2015, it will be possible online. Apple will carry a live stream of the anticipated event. In addition to the Apple TV set-top box event will be broadcast on a special web page on this link. The beginning of the presentation WWDC […]

Sales of Microsoft Surface devices was lower than expected

Taiwan’s Pegatron faced with a reduction in the number of orders for the Assembly of smartphones and laptops, reports industry publication Digitimes. This is because Apple has not released a new iPhone, and the demand for the Surface from Microsoft has been below expectations. Referring to the Taiwanese representatives of the supply chain components, the […]