Popular Flickr feed summed up the 2015. Including, presented statistics showing what the cameras captured images were uploaded to the service. As it turned out, the most popular are built-in cameras of smartphones by Apple. 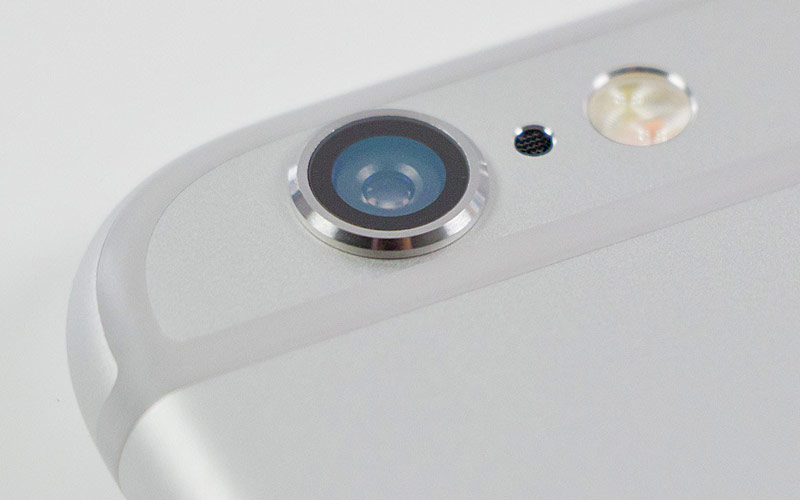 IPhone users continue to gain weight in Flickr. If in 2014 they accounted for about 25% of all documents published on the photo hosting photos, by the end of the current year the share of such shots increased to approximately 30%. 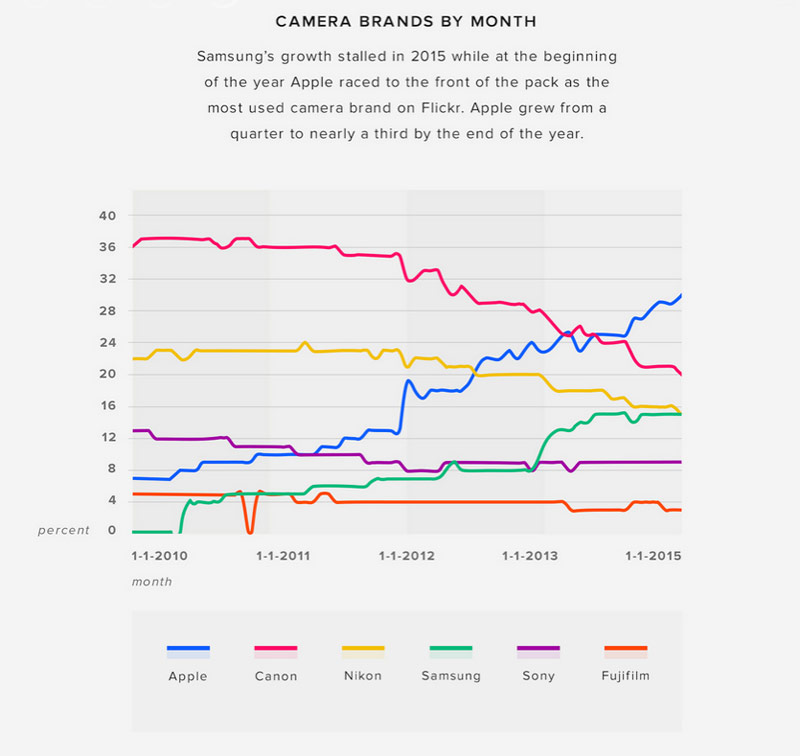 Besides them in the top 20 included and some other Apple products. So, on the eighth row is available for the iPhone 5c, users which have uploaded on Flickr 1.8% of all photos. And in the second half of the rating you can see the iPad with a share of 1.1% of the shots.

In other words, of the twenty most popular gadgets Flickr includes eight smartphones and tablets the company from Cupertino. And besides Apple in the TOP 20 rankings Flickr turned out to represent only one brand of smartphone market – Samsung, presents a Samsung Galaxy S4, Galaxy S5 and Galaxy SIII, which has taken 11, 13 and 19 places respectively. 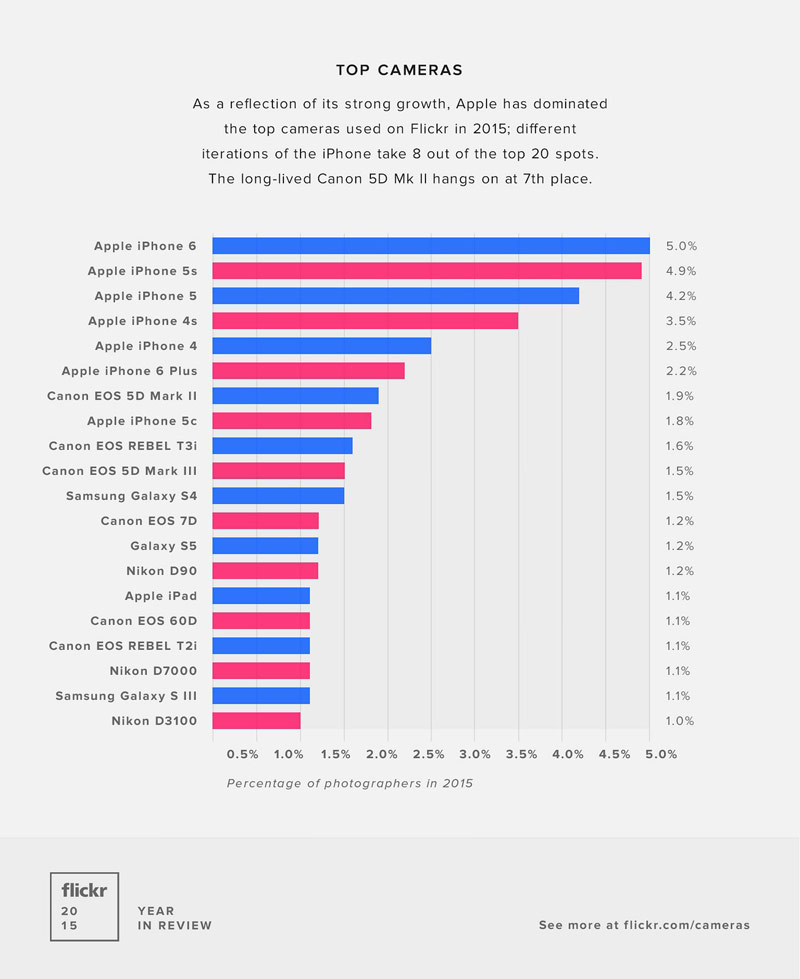 In addition, the Flickr study revealed that iPhone users often use multiple gadgets to upload photos, including different models of iPhone and Canon digital camera.

According to a study by SanDisk, 80% of iPhone owners are forced to regularly delete the contents of your igadzhetov, to free memory. Most of the people are much more willing ready to say goodbye with pictures than with applications. There are 43% of the total number of participants. Those who important the software is […]

“It was a real miracle!” IPhone owners remember the first Apple smartphone

Exactly 10 years ago was presented smartphone in the world changed the view of mobile devices. iPhone 2G was brought to Russia from abroad, “reflash”, ordered on the Internet. In short, did everything to get a welcome novelty. About how it took the first iPhone Russian owners, told the AMF. After numerous rumors and predictions […]

The fragmentation of Android has new records: 24 000 different devices

The desire of Google to develop the Android platform has led to the emergence of one of the main disadvantages of this OS is the fragmentation. Fresh report Android Fragmentation company OpenSignal allows to estimate its magnitude. The most common mobile OS is present on hundreds of millions of devices at the same time operate […]