Developer Steve Trenton-Smith discovered hidden code in iOS mode of operation of the standard keyboard. A special function is intended faster and easier typing, holding the iPhone with one hand. 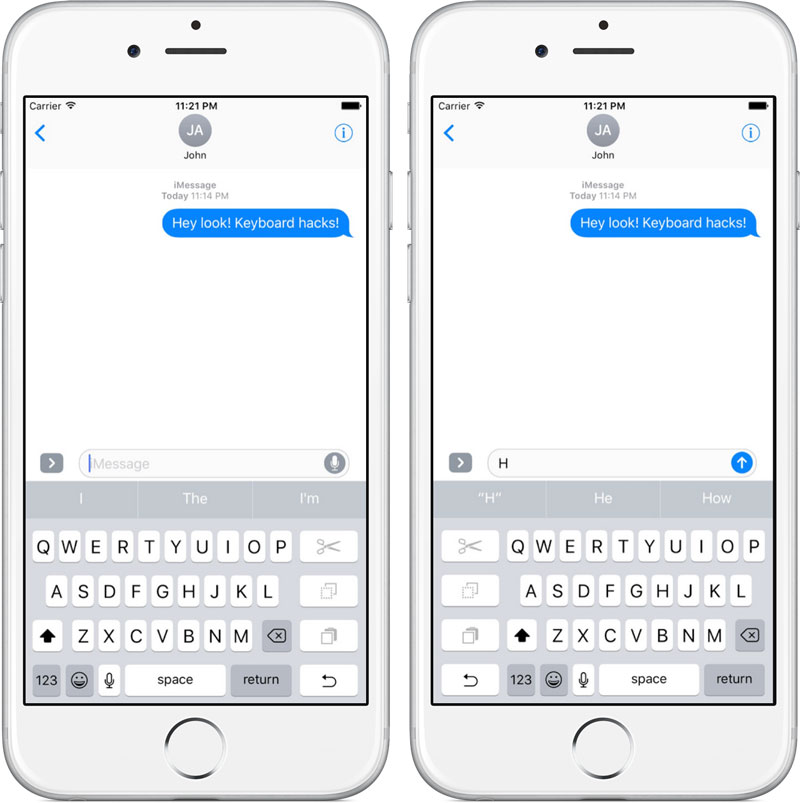 The function is activated by sliding from the screen edge. The main row of keys is shifted closer to the palm, and the opposite edge of the screen there is a vertical row of buttons “Cut”, “Copy”, “Paste” and “Cancel”.

Since the keys are shifted horizontally and located closer to each other until all of the letters, you can easily reach with your thumb.

“A fun hack of the day (there are at least iOS 8): iOS keyboard there is an unused mode of operation with one hand. Activated by the swipe gesture,” wrote the developer on his Twitter feed. He added that he did find in the standard iOS emulator.

Video or it didnt happen: (very hard to engage in the Simulator with a mouse cursor) pic.twitter.com/vw2wpCgiLJ

In a special mode of the keyboard buttons are located so that they were easier to press, hold iPhone with one hand. It is noteworthy that the function is present in the operating system, iOS 8, but found it just now.

It is unlikely that iOS users will be able to enable a formal way, but for gadgets with jailbreak, this possibility is likely to appear very soon.

Read also:   At "spy" photos of the iPhone 7 actually was shown the flagship Meizu Pro 6

Apple has finally achieved his goal and was able to completely abandon non-renewable resources. 100% of the energy which is consumed by the iPhone maker, is taken from renewable sources. This means that the Corporation does not use natural resources that have a certain limit and can not be restored in the future. The company […]

As an Android user lost 72 000 rubles, or another argument in favor of the iPhone

In the network regularly there are headlines like “2 billion Android smartphones vulnerable to New Trojan downloaded 100 million Android users”, which tells about the problems the operating system Google. If iOS security is still not became for you a big reason to switch to iPhone, here’s another example. In Kaliningrad, the police asked the […]