Apple has released a new promotional video of the iPhone 6s. Video available on official YouTube channel of Apple. 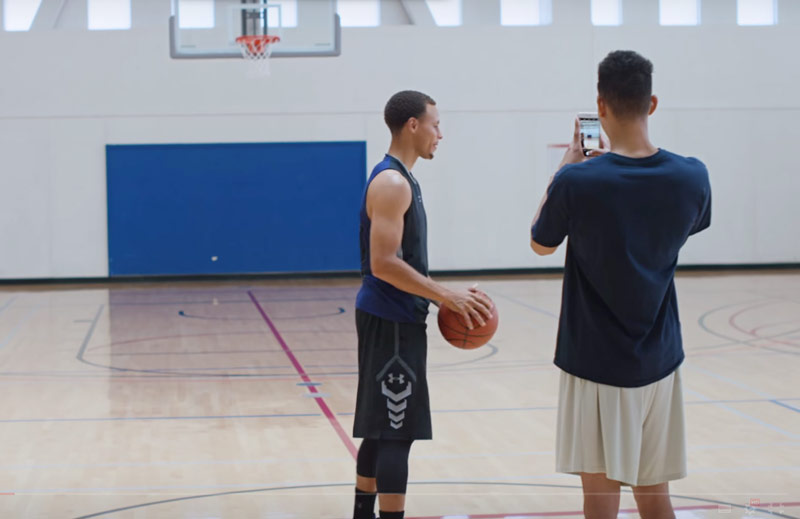 A 15-second clip, which is a promotion of live photos, photographed professional basketball player Stephen Curry, who plays for the National basketball Association team, “Golden state Warriors”. In the video he is testing the camera function of the iPhone 6s, throwing the ball into the ring from the center of the room. In the end it happily greet other players of the team.

Live pictures, according to Apple, come to life the most precious memories. The Live Photo automatically records a few moments before and after shooting, allowing you to view photos in motion, with one click. In fact it is not that other, as a combination of JPEG and MOV. The camera recorded 1.5 seconds before and after the moment of shutter release, resulting in a 3-second video clip.

Yesterday Apple has posted online the other three promotional videos of the iPhone 6s. In two rollers, a advertising virtual assistant Siri, starred actor Jamie Foxx. In the third clip, the company advertises the capabilities of a smartphone camera.

One of a small but very useful new features in iOS 10 was a function to search a parked car: the Maps app automatically saves the location of the machine and then helps her to find. In most cases, the system automatiseret this process: it detects when it lost Bluetooth connection with a smartphone, suggests […]

At the end of March Apple introduced a new modification of the branded tablet – the iPad Pro with 9.7-inch screen. As the iPad