On April 27 at the headquarters of Apple in Cupertino was found the body of an unknown man. The company did not comment on the situation, so the identity of the deceased remains unknown. According to the Sheriff, beside the body was discovered firearms. 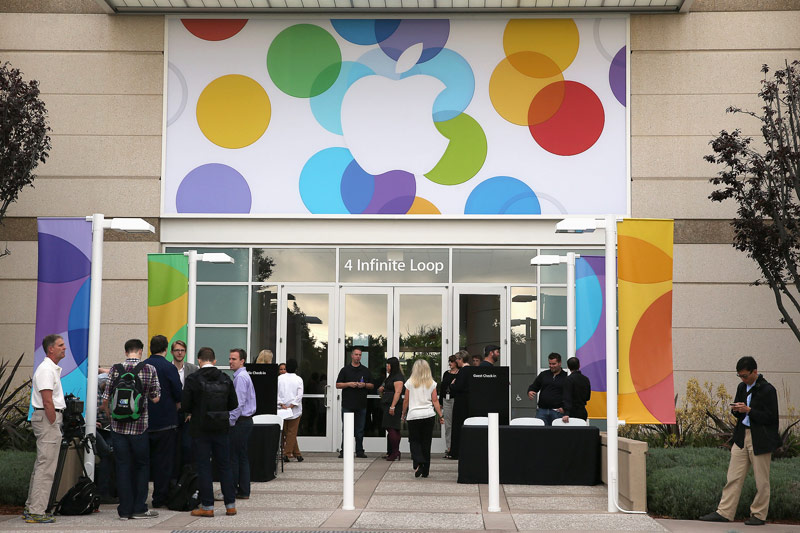 The corpse was discovered in one of the conference rooms Apple. Found his employees called the police, describing a possible suicide. Apple has not commented on the incident, the victim’s identity also remains unknown. Leading the investigation police did not report whether he is an employee of the company.

According to TechCrunch, initially in the campus called the rescue service man, wounded in the head, but later the call was cancelled by the police.

Yesterday, Apple reported a very bad quarter: revenue for the fiscal second quarter fell 13% to $50,6 billion, and net profit by 22%, to $10.5 billion Revenue in the same quarter of 2015 amounted to $58 billion and net quarterly profit of $13.6 billion Apple’s Revenue was lower than analysts ‘ forecasts, according to which the decline was in the range of $52 billion.

According to the report, a major drop touched iPhone sales — the company managed to sell 51,2 million phones, while over the same period last year Apple sold 61,2 million devices. In addition, in China the situation is for Apple continues to thicken: in addition to the General economic downturn, the authorities have decided to close access to the services of the company’s iBooks Store, and iTunes Movies.

At the moment the situation in the headquarters of Apple continue to closely monitor journalists, while the police establish the causes of the incident.

Update 1: Police said that the victim, a male Hispanic who worked in the “Apple company”. Interviewed by journalists, Apple employees claim that they were not familiar with suicide officer.

Near the body discovered the weapon that killed the victim. According to some reports, the deceased had the right to bear arms, and that he owned the murder weapon. The police said that the incident was “an isolated” incident”, other people were not involved in the incident and the rest of the workers Apple is not in danger.

The incident was classified as a suicide. Employees of the Corporation working in the Central office, was given the opportunity to take some time off until the end of the day.

10 useful features iMessage, which you did not know

With the launch of iOS 10, Apple introduced the update proprietary messenger iMessage. At first glance, nothing interesting happened: was added stickers, Emoji and animated fireworks. In fact, Apple introduced a whole new platform, open to third-party developers. After a while users now have access to built-in apps of varying degrees of usefulness. Daily Afisha […]

What to do if hangs bar Touch Bar to MacBook Pro

MacBook Pro with additional display were the main Mac-novelties 2016. But the bar Touch Bar in this case is not screen and control. Like any other software it causes problems. Offer Touch Bar capabilities are very convenient and are present in almost all native apps in macOS. With each OS update its functionality is expanding […]

watch OS 3.1.3 beta 1 for the Apple Watch, is now available for download

Apple released the first test build watch OS 3.1.3. Update can download developers registered in the testing program, the release of the final OS version is expected within months. watch OS 3.1.3 beta 1 is a minor upgrade of the operating system. The update is technical and corrects errors major release. “Smart” hours will support […]