July 3 in the center of St. Petersburg held a protest against the amendments to the criminal code proposed by the group of deputies headed by Irina Yarovaya and approved by the state Duma and the Federation Council. 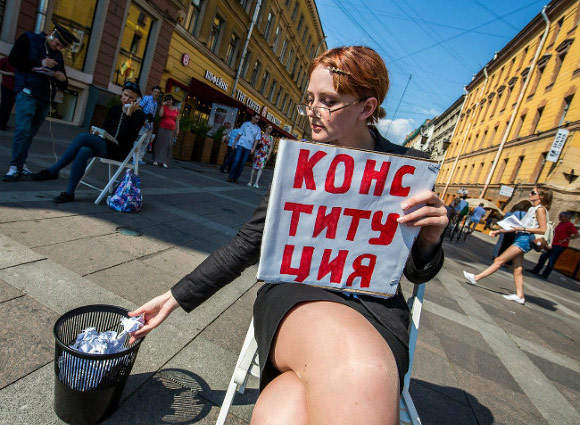 The activist of the movement “Spring” depicted a Spring, which broke the Constitution. It was accompanied by “the postman” checking packages, “enforcer”, listening to phone calls, and “caring obyvatelnitsa”, urging passers-by to write denunciations.

According to activists, this package of amendments, which the media also known as the “Spring law”, hit not only on the constitutional foundations of the state, but in difficult economic times will require huge financial investments. 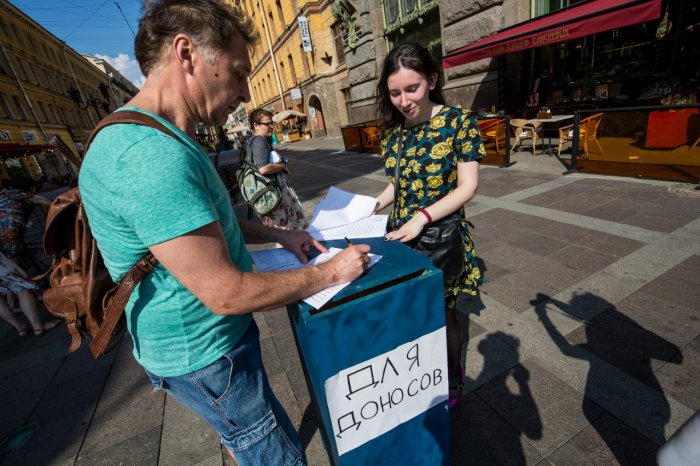 “The nut will tighten over our account with you — explain the organizers. — Due to the broken roads, due to the unbuilt hospitals and kindergartens at the expense of pension savings, which the government once again withdraws. Neither scientific progress nor innovation, nor the quality of education, only Spring, only the hardcore”.

If the “Spring package” will be signed by the President, the criminal code includes article on non-information, “declination, recruitment or other involvement in the organization of mass disorder will be punished with prison sentences, significantly tightened the punishment for “extremist” records online and monitor the personal correspondence and postal workers will have to actively look for prohibited items in parcels.

“Spring package” involves stricter liability for extremist crimes, including for children from the age of 14. He also hit the mobile communications business in the country due to imposing on operators the duty to maintain talks users. Amendment is not yet signed by the President. 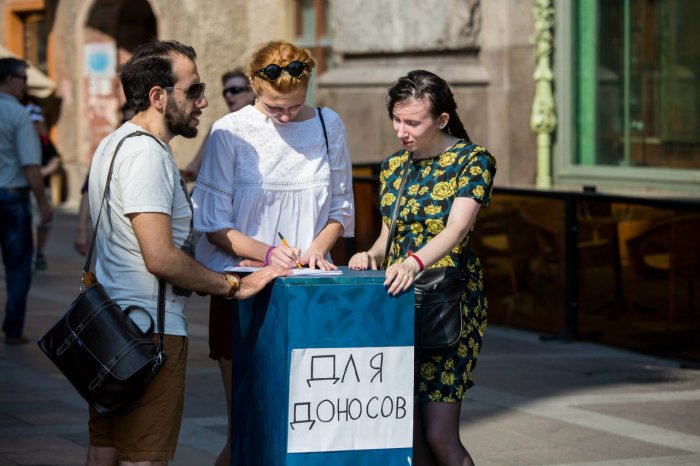 Meanwhile, users in the Network is already collecting signatures for the abolition of “anti-terrorism package” and the resignation of the Chairman of the Duma Committee for security and combating corruption Irina Yarovaya. According to the author of the petition, the adoption of the law would have disastrous consequences.

“The cost of four companies to create the system storage exceeds two trillion rubles only at the initial stage. It is not only significantly larger than the annual investment in network development, but also significantly exceeds total revenue. The same problems will arise and at Internet service providers, large and small, and all who under the new amendments will have to store the entire contents of what citizens do online. The Russian Telecom industry is waiting for stagnation,” reads the petition.

Court of Florida ruled that the police have the right to force people to give the pin codes from smartphones. Once in Florida have arrested Aaron Stahl on suspicion of voyeurism, circuit court of appeals ruled that the alleged perpetrator must disclose the password from his iPhone the guardians of law and order. According to […]

The Federal Antimonopoly service of the Russian Federation may initiate proceedings in relation to the mobile operators due to the fact that they are almost at the same time refused to tariffs with unlimited Internet. The Agency asked the company to justify this decision. The FAS received complaints that subscribers have noticed that the operators […]

A full-scale “invasion” of smart watches began last year. Apple unveiled the Apple Watch, almost every reputable manufacturer of Android devices has announced a number of models on Android Wear, and someone like Samsung or Pebble are generally developed for their electronic bracelets own operating system. All this points to the fact that smart watches […]