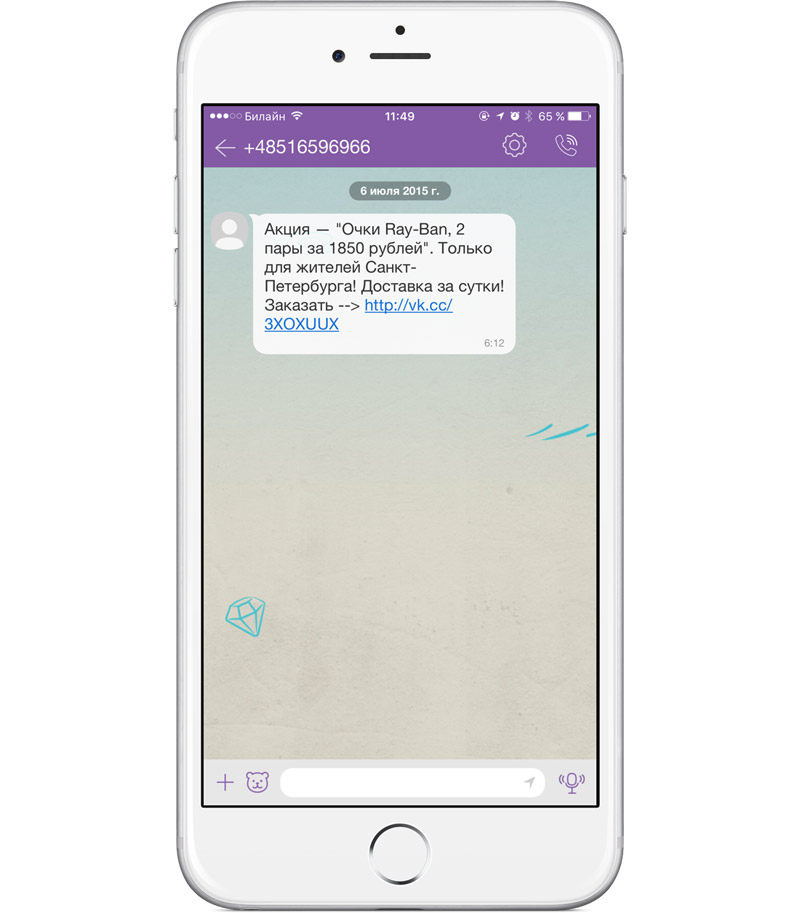 As stated by Denis Kalugin, a participant of the project “Perspective” initiated by the Public chamber to support initiatives, the organization proposes to create a special Agency that will allow us to synchronize the efforts of market participants and regulators to “cleanse” the history of telephone numbers and bindings these rooms to any current databases of promotional and informational mailings”.

As noted by Kommersant, the need to “clearance” the phone number occurs when after a period of inactivity is tied to the SIM card operators sell the room to the new subscriber. Thus if the previous owner of the number is indicated when applying for a loan together with the consent to use personal data, and not subsequently returned the money, the Bank can continue to send reminders to the new owner of the number that did not give such consent.

According to the authors, the Agency will be applied to help the subscribers to opt out of receiving any messages of a commercial nature – not only SMS, but also messages that are received through Internet messengers.

Currently the Russian legislation on advertising and communications does not apply to these programs, as they are under the jurisdiction of other countries. According to Kalugin, to eliminate the “wave of advertising traffic” in messengers of Russian operators enough to block mass mailing with foreign numbers.

Mobile operators do not yet support the initiative and referred to the need of its study. So, MTS noted that the operators can’t block the distribution messengers technically, because I do not see the content of messages. “The emergence of a new link in the bundle subscriber-operator can hinder and prolong the solution of problems, more efficiently and effectively to solve directly,” – said the representative of MTS Dmitry Solodovnikov.

A press-the Secretary “the Megaphone” Aliya Beketova believes that to remedy the situation by messengers need to determine the normative notion of such services and to introduce to them the rules work. “In all popular instant messengers already have the ability to make a room in your own spam list. It’s even easier than an appeal to any regulatory body,” said Beketov.

At the same time, PR-Manager Viber Elena Grachev noted that the amount of spam in the service applies with Russian numbers. “It’s important to spam your friends banned at the legislative level, which will increase the efficiency of fighting with him,” says Grachev.

Unlimited war: a comparison of the tariffs of the Russian operators

The era of stiff competition between the unlimited plans of the operators behind. At least talking about it, and the operators themselves, and market analysts. About what to replace gradually leaving the market “bezlimit” and to provide a comfortable environment for communication, said in Digimedia. View on the tariff proposals of the leading cellular operators […]

OneTwoTrip – how to save on travel using your iPhone

Soon the Christmas holidays are approaching, and with them – not only crush in online stores, and travel: when I’d have ten days from the whole family? But since all kinds of trips cost a decent amount, humanity has long figured out how to make your life easier – you just need to upload to […]

Russian mobile operator MTS has developed the service “MTS TV” to have the ability to access the Internet TVs. As told by a company representative Dmitry Solodovnikov, the application will launch in August and will allow users to watch more than 130 different TV channels. To start working with “MTS TV” service must be installed […]