The company Caviar presented an exclusive model of the iPhone 7 in recognition of the President of Russia Vladimir Putin the most powerful man in the world. Camera with 46 diamonds and a ruby is named Supremo Putin Quattro Volte. 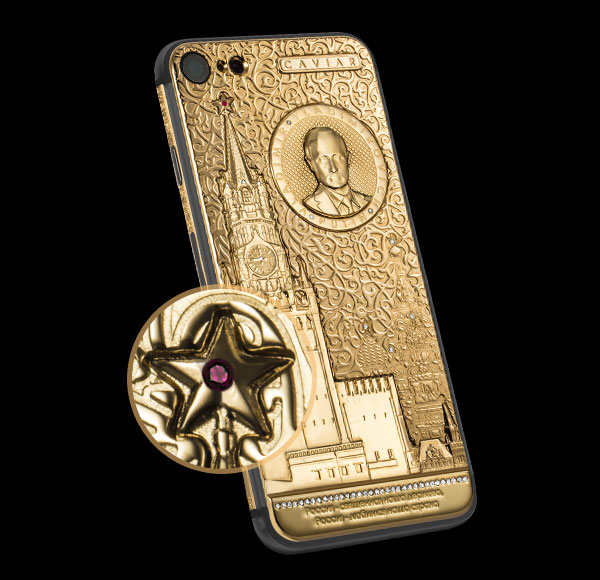 In Italian the name of the most expensive and original of the existing modifications to the iPhone 7 sounds like “Putin the Great in the fourth time.” Smartphone with a portrait of the President issued on the occasion of their fourth consecutive recognition of Putin the most powerful man in the world by Forbes.

Working on diamond iPhone 7 gone 17 days, this was preceded by a month of design development. Face towers of the Kremlin and St. Basil’s Cathedral, first performed on the case in volume, covered with gold. The precious metal blends with diamonds inlaid in the steeple clock of the Spasskaya tower and the dome of the Cathedral. Ruby red focuses behind the star of the Spasskaya tower. 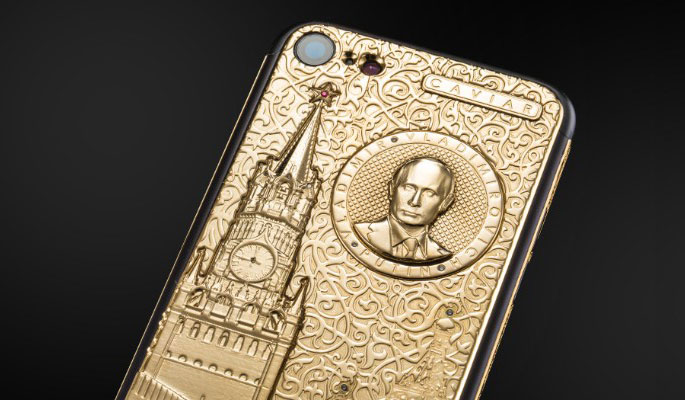 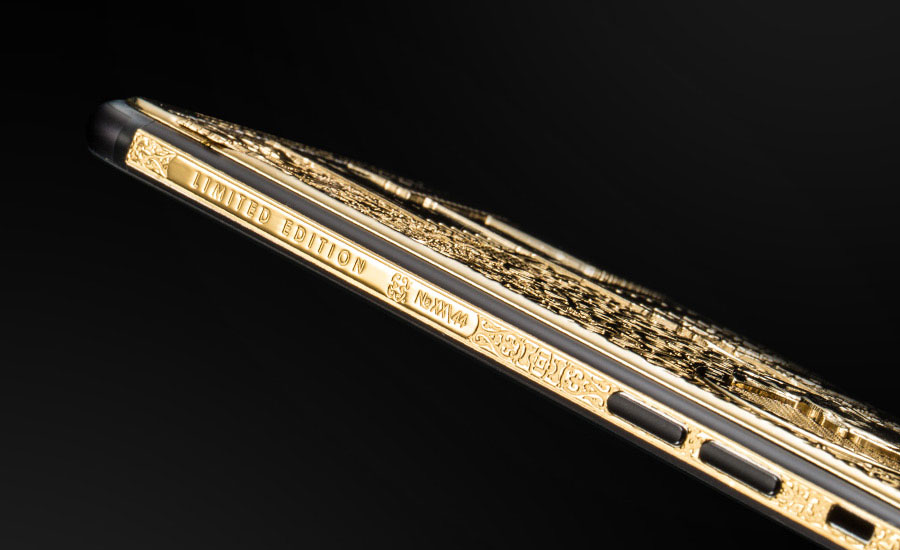 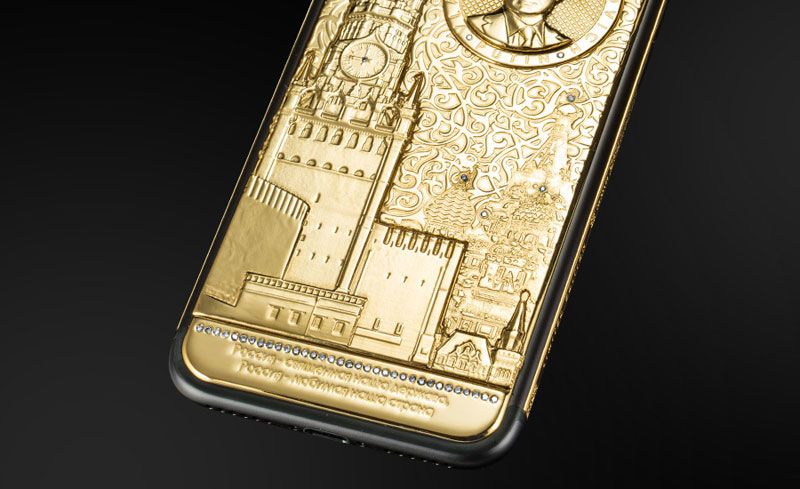 The gems are separated murals on the lines of the Russian national anthem and share the name, surname and patronymic of the President of Russia. In the upper right part of the body is three-dimensional portrait of Putin, decorated with three diamonds. Side gold plated insert with individual room models complete the look of the accessory.

Russian-Italian company Caviar became famous in Russia gold smartphone with a portrait of the President of Russia. In 2014, it was released 44 such a phone that sold out the first day. One of the buyers was actor Ivan Okhlobystin. 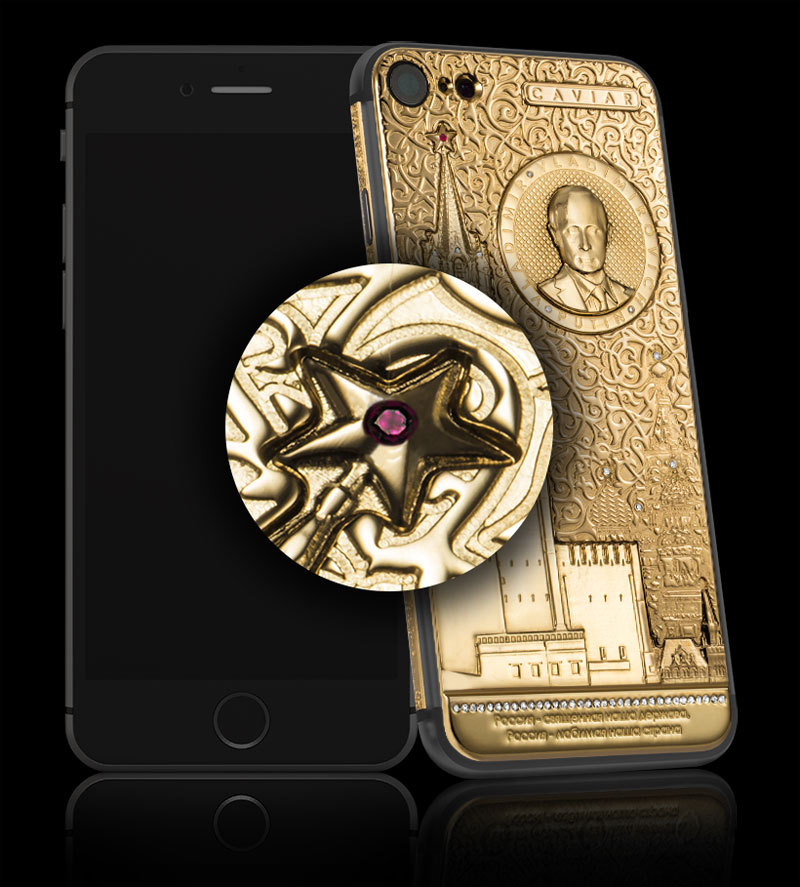 However, later the press Secretary of the President of Russia Dmitry Peskov suddenly announced that Vladimir Putin does not approve the use of his image for commercial purposes. Later, the company released the gold Apple watch with the autograph of the President.