Since the formation of writing its most important element was the sign, ideogram, transmitting knowledge about subjects, emotions and feelings. Today, when all the world is digitized and “housed” in a smartphone, the signs have returned to our fellowship and life. The world’s most popular set of emoticons Emoji today by default built into all Apple gadgets, offering users solid and ready iconic system. Today, Emoji are used in private and business correspondence, they give outrageous interviews and a few companies already made of them press releases. 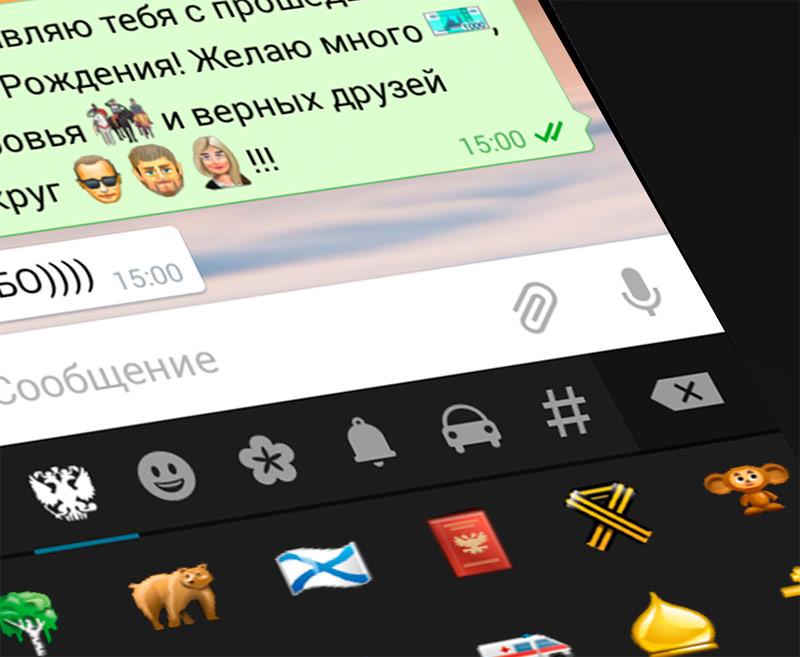 However, the Emoji is a simple communication tool only at first glance. The latest version, for example, has expanded to 12 varieties of same-sex families with children and kissing guys. Thus, together with the Russian gadget and the user receives the broadcast channel meanings, the content of which is chosen someone for us, sure, the activists of the project “Network”.

The developers believe that the issue of creating a national messenger is a question not only information protection, but also state ideology. In this regard, it was decided to launch a new free messenger c set of Emoji, the Russian cultural codes and with our Russian values and meanings. It is based on code Telegram messenger and its interface is adapted for Russian-speaking audience. Among the nearly 200 “Russian Emoji” you can see the Kremlin, Pushkin, Chekhov, “Armata”, Cheburashka, Stepashko, Crimea, Ramzan Kadyrov, and, of course, Vladimir Putin. 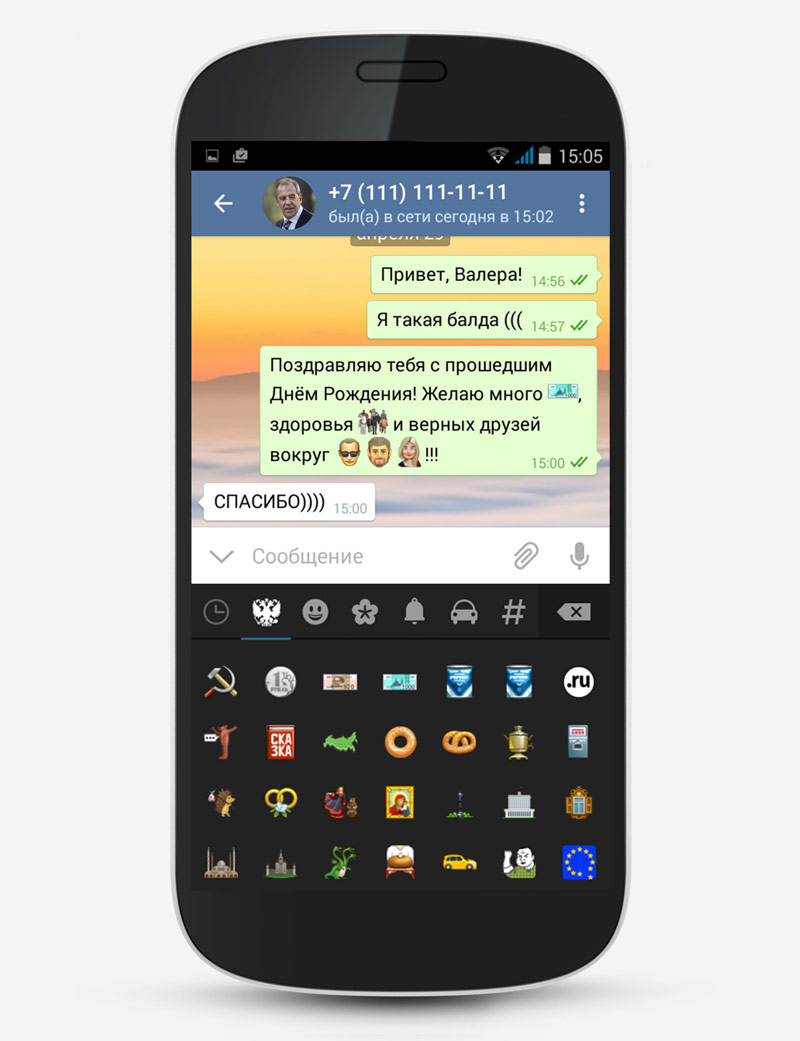 “The appointment of Emoji – to color emotionally a situation, to make it easier to understand what is meant. Set of pictures of emotions and situations comes with the phone. Despite the fact that smartphones are leaving in different countries of the world, people are asked the same set of pictures American. The majority of the proposed types of families – traditional for our culture, of the three pairs of lovers – two homosexual, bundle of dollars, shopping, gadgets – all of this very accurately describes the life and preferences of an American citizen. In this, perhaps there is no conspiracy, the developer is not obliged to consider the endless palette of national emotions. But it requires supplementation. Which we do,” said Anton Volodin, an activist of the project “Network”.

The developers decided to start with the Android platform, “as more common in Russia.” To send each other messages with the new Russian Emoji can the users who have downloaded RuGram. In January promise a version of messenger for iPhone.

Instead of WhatsApp: meet the first Russian messenger KliChat

WhatsApp, Skype, Viber and Telegram to the Russian officials will soon be banned – because data is transferred God knows how and are stored God knows where, where are our intelligence agencies to reach out not always, and this disorder. And if the messengers refuse to rasshifrovat data to the Supervisory authorities, their block and […]

Since July, Apple is working on ensuring a sufficient number of lenses for camera modules for future iPhone, the announcement of which is expected in early autumn. To do this, one of the partners will open a factory for the manufacture of optical modules, reports AppleInsider. High demand Apple to the lens means more profit […]

From 1 January 2017 in Russia will come into force so-called “tax on Google”, which will affect foreign companies that provide Russian customers of electronic services. To raise prices for digital content on 18-20% already announced by Google, Nintendo and Amazon, but their list is not limited. Market participants expect that changes in pricing will […]