To enable pals to socialize and to learn how to program at least in the usual language of the Russian developers created a programming language “is clear and Gopnik real kid”. The original project was called YoptaScript. 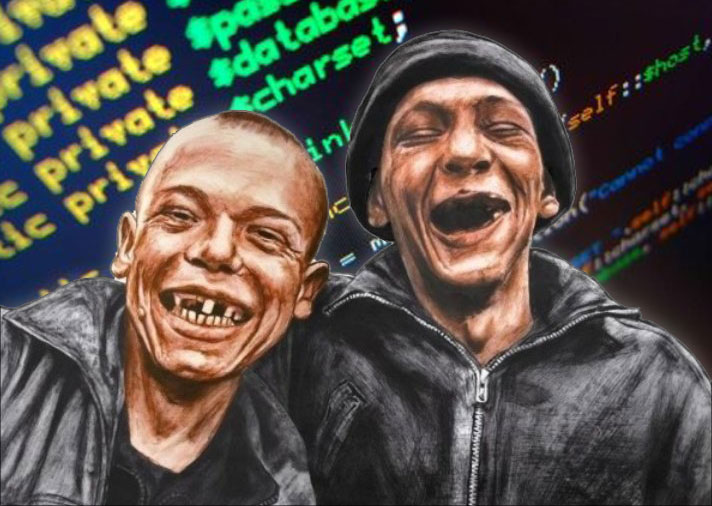 Project source code is published on GitHub. There’s also explained that the new language of the special library is JavaScript. Units of the Javascript language is replaced by clear for the boys words and expressions, and it is not surprising that the project is replete with obscene language.

The idea of creating a new programming language came from one of the developers of the Seeds Gozman and his fellow students while studying in my last year of College of information technology due to the large number of “boys chotko” among students, writes TJournal. According to the authors, YoptaScript should help with the writing of the diploma their classmates, which for all time of training are unable to master any programming language. The creators of the language claim that the project website was visited by over 120,000 unique users. 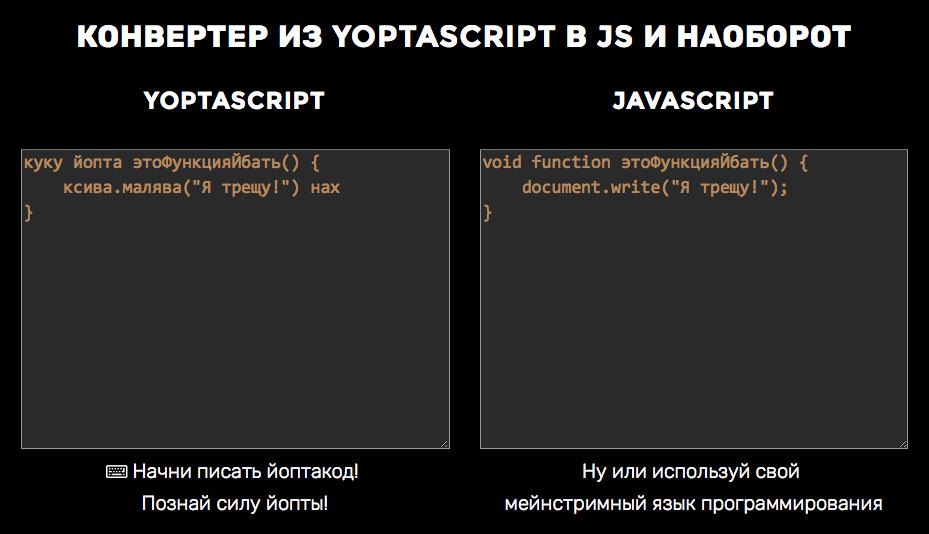 In the development of language, the authors tried to stick to logic: “for Example, in the methods “create” we have labeled as “muddy” or “document — ID” and so forth.”

“The main difficulty that arose is to inflate the vocabulary of our “alloces-lyudoedka” 600+ expressions. We are two weeks puzzled, because all this filthiness had to do a little more logical. It really was awful because none of our teams could not stomach such strong language in widespread use,” said Gozman.

Samsung Galaxy S8 iPhone 7 Plus vs LG G6: comparison of the quality of the shot

On Wednesday, Samsung unveiled their new high-end smartphones Galaxy S8 and S8+ “infinite” display and voice assistant Bixby. Main camera phones has 12-megapixel with aperture of f/1.7 and optical stabilization, the main changes relate to the software. How successful, in terms of the quality of the shot Galaxy S8 will perform against the iPhone 7? […]

As you wish, but all organizations, whose activity is dedicated to the rabbits (the same