The fifth beta version of iOS 9 introduced a feature to automatically download the updates, allowing you to update the software on the iPhone and iPad in a user-friendly time. 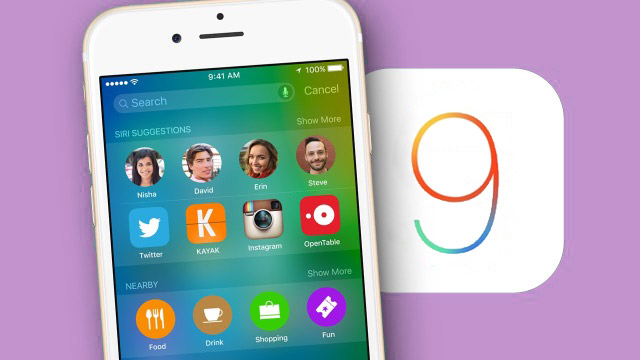 After downloading the firmware, the user has the choice to install it now or give the opportunity for mobile to automatically install the update between 2.00 and 4.00 am. Future updates will also be downloaded automatically.

A similar feature is available in OS X since the release of Mavericks. The button “Install later” on computers provides automatic software updates at night when the computer is in standby mode. The installation of software packages is done completely automatically. The computer saves the state and, if necessary, without restarts. A Mac user since morning can continue from the same place, but with updated system.

With the release of the fifth beta version of iOS 9 this scheme is implemented on mobile devices. In the screenshot below you can see a window indicating there is an update with three buttons – “Install now”, “Install later” and “Details”. The right shows the notification about successful auto update of iOS.

Update iOS 9 beta 5 was released on Thursday, August 6. This fixes bugs of the previous release and made some design changes: improved interface CarPlay, an updated keyboard and Music app launched smart Spotlight search, fixed localization of standard programs, added a new option for Wi-Fi and 15 new background images. Detailed list of changes in new iOS 9 beta can be found here.

Among the key features iOS 9 — improved performance, optimized power consumption and an advanced search technology-based Proactive Assistant. To upgrade to the “nine” will be able to iPhone and iPad, including the iPhone 4s and iPad 2.

Read also:   TSMC is preparing to launch the production of processors Apple A11 for iPhone 8

The App Store debuted the sequel to the cult mobile puzzle Monument Valley 2. This is a brand new Read also:   Apple and IKEA have submitted an application for fitting furniture through augmented reality

“Yandex” has closed a section in “Yandex.Radio” after protests radio stations

“Yandex” has completely removed the section “radio” out of service “Yandex.Radio. It is this section in the first days after the launch caused the indignation of the owners of radio stations, including “the Silver rain” and “European media group”. In the “radio” songs grouped by type of music corresponding to the grid of essential radio […]