It seems that in recent incidents with spontaneous ignition and even explosions of batteries on mobile devices, even the most famous manufacturers are not protected from such problems. About the explosion of iPhone said its owner, a resident of the Republic of Belarus. He provided photographs confirming this fact.

According to Onliner, the smartphone is self-ignited in the night from 15 to 16 February. Who knows what tragic consequences it could bring, if not a light sleeper wife of Sergei.

“I have a young family — wife and daughter (3 months). All together we were in the same room. The first fire in a dream said my wife, she woke me up. At this point, the fire phone has spread already lying next to a soft toy and was burning on the nightstand near my head. Immediately dropped the phone on the ground and started to extinguish a flame of the same toy, finally extinguished the fire with water. Thank God, nobody has suffered”, — said Sergey. 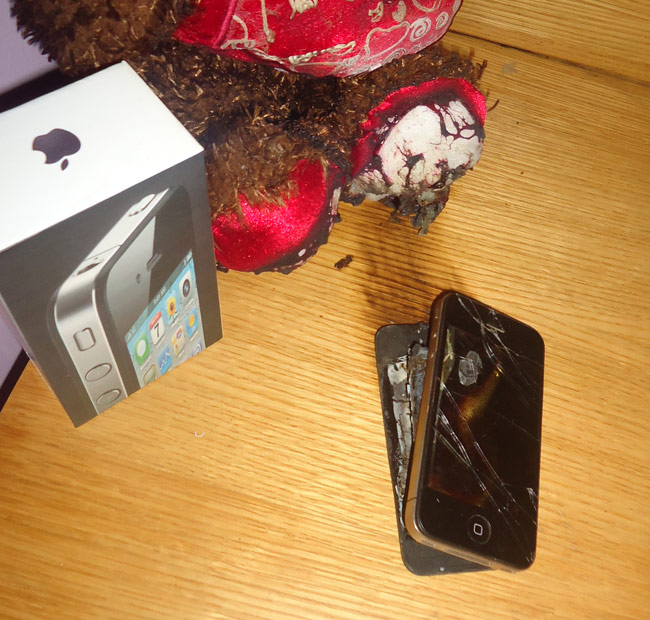 In the end, the iPhone 4 is completely burnt out, the scorch marks are on the floor and furniture. Sergei said that the phone was fully charged in the evening, but in the time of the fire was not connected to the mains. Machine about four years ago brought from Russia. Sergey claims that the original iPhone, the battery in it has never changed, the charger had to be replaced, but as a substitute chose the original. However, judging by the photos, on which there is a seal with hieroglyphs, the phone was discovered.

Shortly before the fire, the user noticed that the phone started to warm up a little more than usual. Also between the top cover and upper end there was a small gap — less than a millimeter. 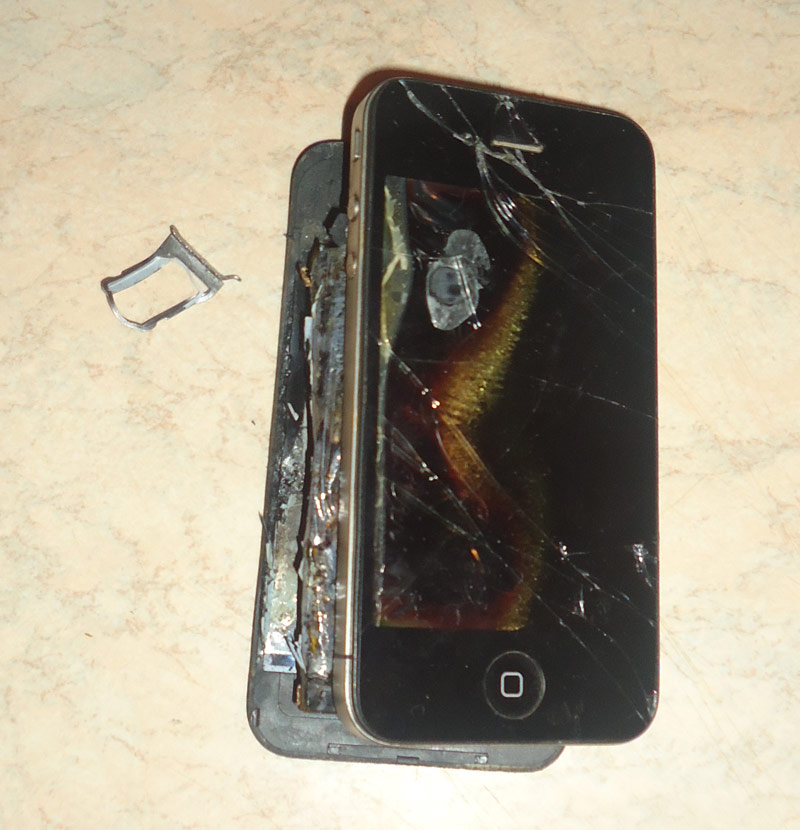 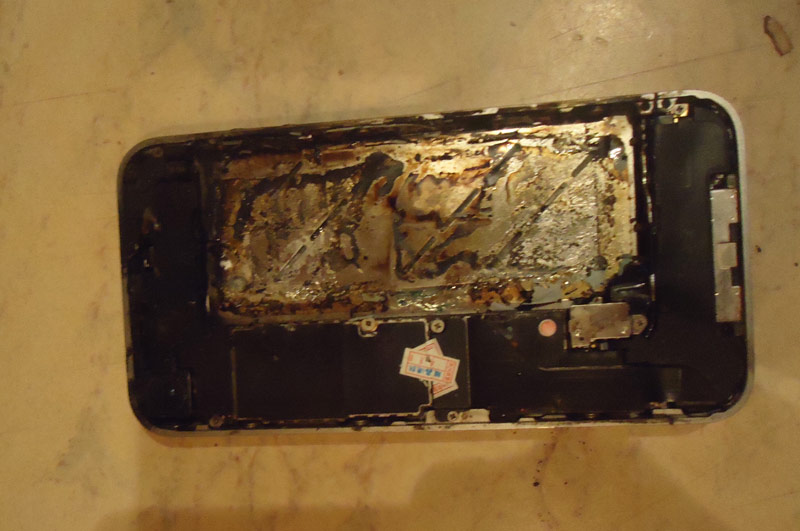 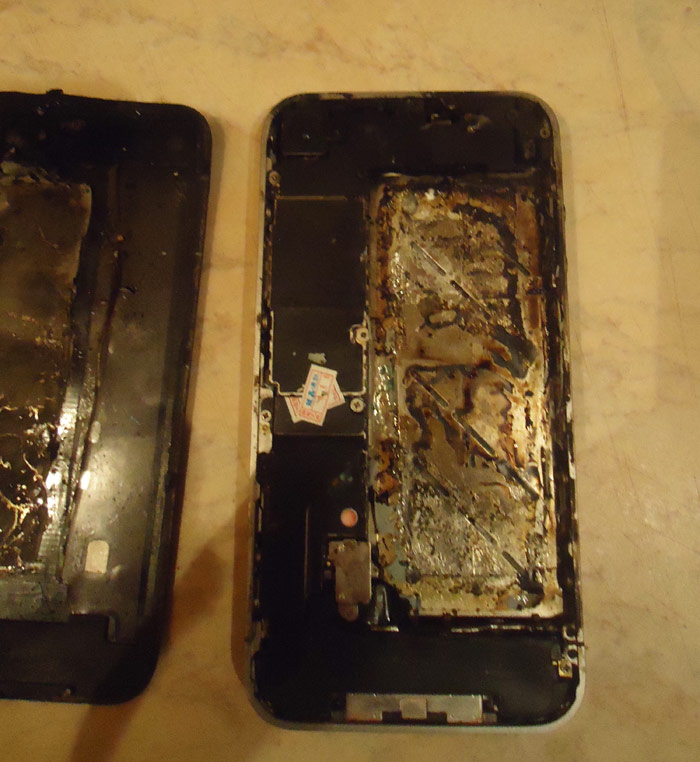 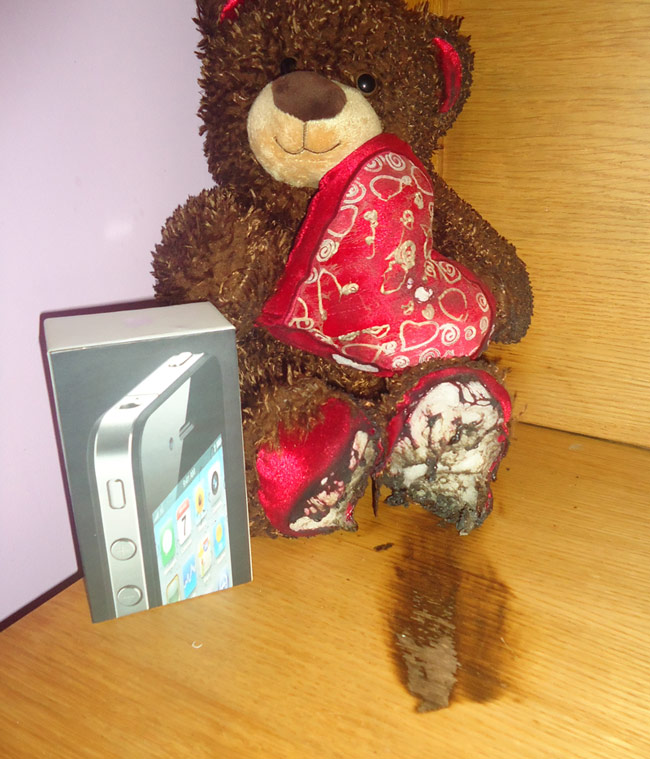 Experts believe that the battery could be blown up from wear. That’s why he started to heat up, and then exploded. However, why this occurs is unknown, as such situations occur very rarely. It is not excluded that speech can go about the informal repair smartphone.

SanDisk began selling in Russia USB stick new generation iXpand V2 is designed for users of the iPhone, iPad and iPod touch. New product designed specifically for data transfer and memory expansion on the Apple devices, providing up to 128GB of additional space. iXpand V2 is different from its predecessor design, support for USB 3.0 […]

Elgato Eve Degree: a “smart” device to measure temperature and humidity with support for Apple HomeKit

With the release of iOS 10, Apple launched the HomeKit platform — control center smart home devices. With this development users can use iPhone and iPad to control the brightness of the light, to open and close doors, operate appliances and so much more. The company Elgato has unveiled a device with support for HomeKit, […]

Despite the fact that at the moment there is no official confirmation of the release of the next-generation iPhone, one of China’s largest mobile operators China Unicom released a teaser featuring the new Apple smartphone. On Tuesday writes the local edition TechOrz. It is expected that the new flagship Apple will be called iPhone 7 […]