“Do not expect to hear Adele, Arctic Monkeys and The Prodigy in the Apple Music”, — said the publication musicbusinessworldwide.com (MBW) sources familiar with the negotiations between the aggregator of the rights to the music Merlin and Apple. Insiders claim that the negotiations have failed and now the iPhone maker is trying to enter into direct agreements with independent labels. 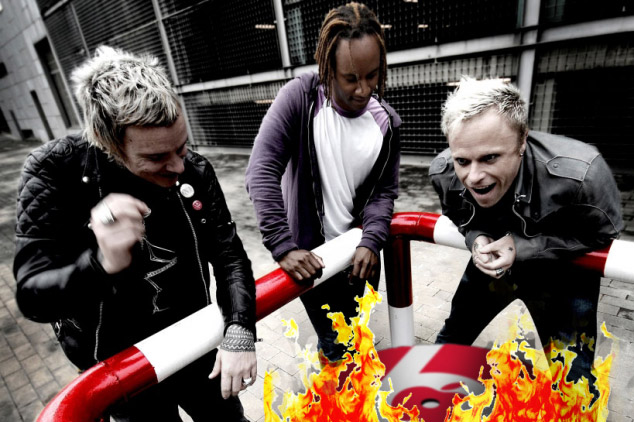 Merlin brings together more than 120,000 holders — one of the sources MBW stated that rejection of the contract Apple aggregator is typical of the labels: “anyone to sign up”. The stumbling block was the idea of Apple to pick up Merlin music for free. California giant, according to sources, does not intend to pay for the listeners connected to the first three month test in Apple Music.

“We used to help free tests, when the fate of the streaming service narutopedia, told MBW Chapter one indie label — But this is Apple, with hundreds of millions of connected users’ credit cards. And it doesn’t offer any sort of compensation to the record labels that will help him to sell gadgets are extremely disappointing”.

Merlin transfers the rights to the recording (the aggregator does not trade and does not pursue goals of their own earnings and only connects indie labels with playgrounds) in Spotify, Deezer, Pandora, Google, and others, including some Russian sites. Among the favorite labels, including Russian listeners, in the Merlin catalog have: XL, Domino, Matador, Rough Trade, [PIAS], Ninja Tune.

According to the statistics of 2013 Merlin represented the interests of 120 000 independent labels, aggregators, rights and other agencies from 35 countries. Catalogue Merlin 2 years ago numbered more than 3 million tracks. Apple Music has stated that it will be 30 million tracks, without a detailed explanation of what this kind of music, although the contracts with the major labels (and co-owners of Spotify in one person) at Apple Music, according to MBW, concluded.

The absolute record belongs to a music service of Microsoft, they licensed 38 million records in 2014 — however the record did not help become MS a noticeable phenomenon in the music market.

The lack of records of Merlin, shortage 10% of tracks in the current situation, we have to consider that as a threat, far greater than crouched in a 10% revenue notes Roem. Apple’s rivals actual Music of independent artists.

In 2014 with the associations indie-holders could not agree Google. The Corporation’s plans for several years was listed and paid-oriented music YouTube. The project launch has been repeatedly postponed, in the recent announcements it has shifted from the start of 2015, the end of the year.

Note that services, labels, aggregators licensed tracks with an eye on individual countries. Therefore, a record 30 million records never indicate that they are all available in any country where streaming: Russian pop music not necessarily be licensed in Laos, and Cambodian in the United States.

“Rostelecom” has launched its own analog of Skype messenger “alle”

“Rostelecom” has launched an application “alle”, is designed to share audio and video calls. During registration a user is a Russian telephone number with city code. This allows you to call from abroad in your city for tariffs of the Russian local fixed-line telephony. Until the end of the first half of “Hello” should appear […]

The new version of the jailbreak for iOS 11 survey

Got another update for jailbreak LiberiOS released by Jonathan Levine in December 2017. In LiberiOS 11.0.3 developer fixed several bugs that were found during testing of previous versions. Levin did not elaborate on what was fixed, but added that regular users of the jailbreak most likely will not notice changes. Bug fixes will only affect […]

Apple’s capitalization will exceed $800 billion in 2017

Apple’s market capitalization in 2017 could grow to $824 billion from $740 billion now. So prognozom were made by analyst firm RBC Capital Markets. At the end of trading on 4 April, the value of the securities the “Apple” brand reached a record level – $144,77 per share. In the course of trading on Monday, […]