Smartphone nowadays has become the most common tool not only for communication but also for solving business issues. Therefore, the mobile device we need. Of course, much better if the Communicator is working properly and without problems, but not always. For some users, along with the failure of the phone stops life in the literal sense of the word. 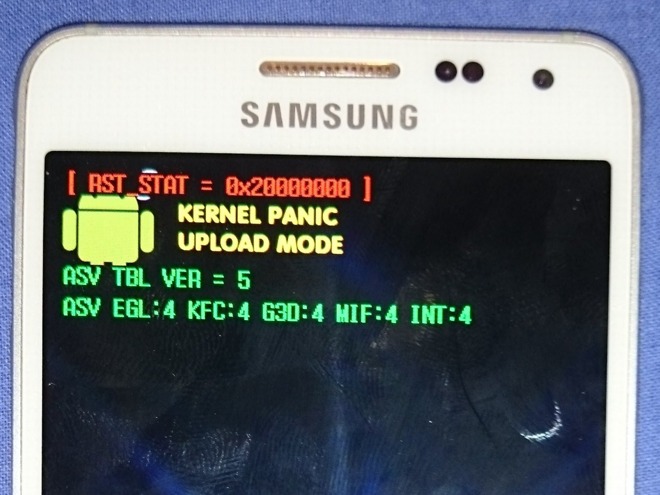 According to statistics from research firm Blancco Technology, made public in the framework of the exhibition MWC in Barcelona, 85% of mobile devices returned during the fourth quarter 2015, operators or manufacturers, running Android. The iOS platform accounts for only 15% of failures. Statistics compiled on the basis of the diagnosis of “millions of mobile devices” in Asia, Europe and North America.

Among the most often returned to repair Android smartphones are leading to failures gadgets Samsung – 27%. On the second place of the rating of the company Lenovo, which accounts for 21%. Followed by Motorola, Xiaomi and Asus with 18%, 11% and 8% respectively. 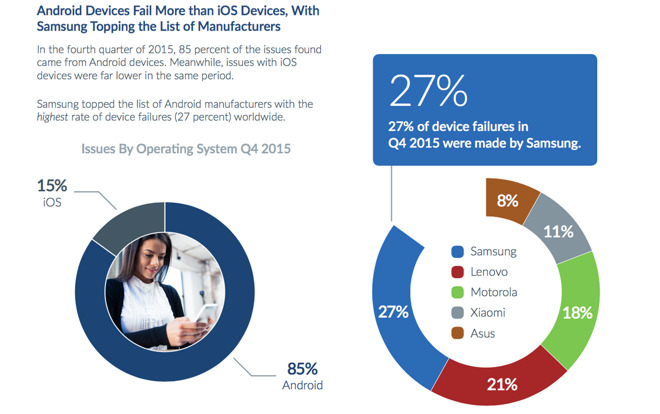 Most often the fault of smartphones are associated with failures in the software. This can sometimes be due to poor firmware or Assembly of the apparatus. Also cause malfunction of the mobile device may be a manufacturing defect, experts say. Failure can occur even due to downloading content from the network.

On a global consideration of the main culprits of return experts call the camera (10% of cases), touch screen (9%), battery (8%), a microphone (6%) and common problems in performance (6%).

Read also:   Apple makes the iPhone in the quarter, more than Google on Android in 8 years

On Tuesday, January 7, the annual Consumer Electronics Show kicks off in Las Vegas, where a lot of interesting things await us. Samsung will bring some new products. One of them is an ultra-thin and truly frameless TV with a resolution of 8K. The flagship model of the Samsung Q950TS TV with 8K-screen, surround sound, […]

As you know, in iOS 10 Apple added widgets to the lock screen for quick viewing of information from applications. Most users appreciate the new, but many realize that their personal information available via a simple swipe with a locked device. For such users, there is a solution to the problem. In order to disable […]

A hacker named George Hotz, better known as Geohot, is famous in the world eight years ago, when in 2007 the first iPhone was able to crack, forcing it to work with any network and not just AT&T with a contract which it sold. Geohot now again came in sight of journalists, but the reason […]