On Monday, a month after the release of the first beta version of iOS 10.1, Apple has released the final version of the firmware where there are new photographic opportunities for the iPhone 7 Plus. We are talking about a new shooting mode is “Portrait”. 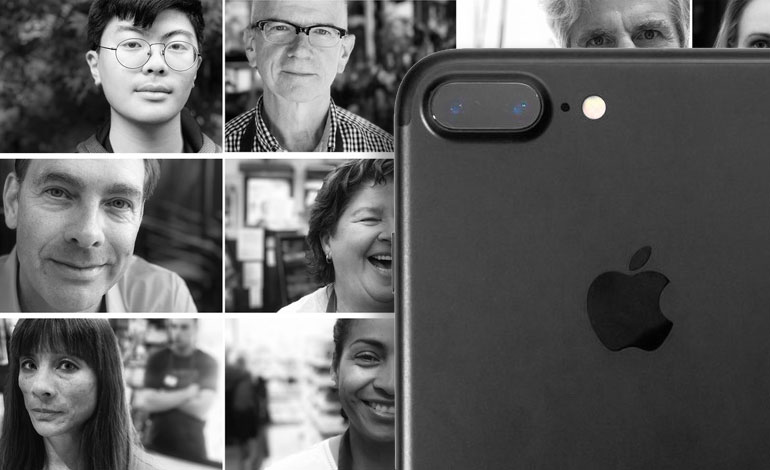 After installing iOS 10.1 everyone had the opportunity to use a special photo mode and many have already managed to test the camera capabilities of the iPhone 7 Plus. His work showed a photographer with 40 years of experience, Gary Yost.

Pictures taken with the iPhone 7 Plus have a shallow depth of field — so that the object in the foreground is filmed clearly, and the background is blurred. The result is reminiscent of the photos taken SLR camera.

Previously already released some smartphone models, which tried to imitate this effect using various tricks, often the second camera to determine the depth sharply displayed space. However, to achieve “bokeh”, the device must be equipped with a high quality camera with a wide angle lens.

Portrait mode in iPhone 7 Plus uses a 56-mm lens to capture the image and wide-angle 28-mm lens to create a depth map of the scene. Camera analyses the scene and create 9 layers of depth, automatically detecting the edges of objects. Using the difference in images from two cameras, the iPhone separates main image from its background, creating a blur effect. The photographer can see the preview of the resulting blur in real time.

Despite the release of the final version of iOS 10.1, mode portraiture is still in beta and will be further developed. As Apple notes that more photos will be processed using portrait mode, the smarter it will become.

Apple Pay Cash, announced at WWDC 2017, is already being tested by employees of the company. According to the latest rumors, before public release new features Apple decided to test it within the company. The network got some screenshots with the interface Apple Pay Cash. On one of the screenshots shows the configuration process, and […]

With each year the cameras on smartphones are getting better, and some even boast a quality comparable to SLR cameras. Photographer Shin Noguchi have posted comparative images that were taken on the iPhone 7 and the Leica M9-P. to Determine which picture was taken on a smartphone, what’s the camera for 400 000, is quite […]

The head of Huawei: don’t understand why you need a smart watch when there are smartphones

The head of Huawei Eric Xu Zhijun not believe in the prospects of “smart” watches and believes that these devices there is a great future, reports South China Morning Post. According to a top Manager, he does not see much sense in this type of electronics. The words of the CEO of Huawei was one […]