Data from research firm IDC show that the share of Samsung in the global market declined to 20 percent in the third quarter, approaching the figure of 2014. Apple also reduced their share, but not so significantly – up to 12.5%. 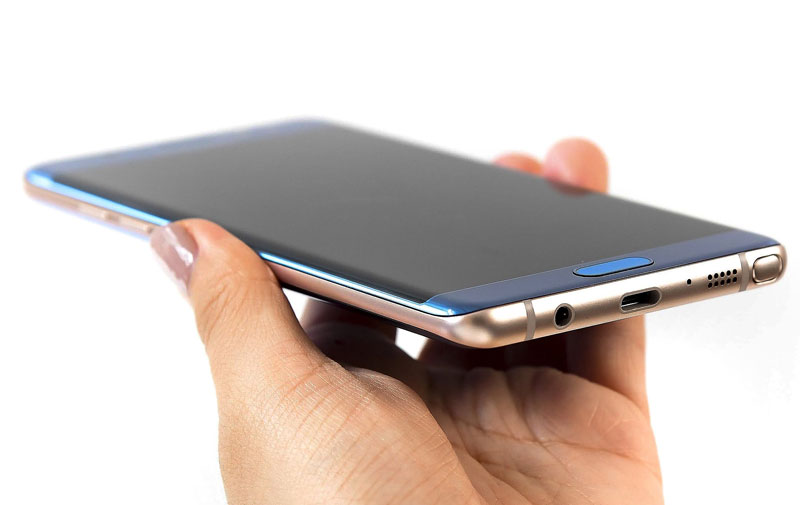 The top five smartphone manufacturers headed by Samsung. However, the share of South Korean manufacturer for the year decreased from 23.3% to 20.0% as supplies decreased from 83,8 to 72.5 million units. No small role played in this fiasco Galaxy Note 7, which was withdrawn from sale because of the risk of spontaneous combustion.

The fall in iPhone sales analysts attributed to increased competition with Chinese manufacturers. In recent time, Huawei, Xiaomi and Oppo refuse from the production budget devices and are actively developing the premium segment of the market than jostle Apple products on the market. 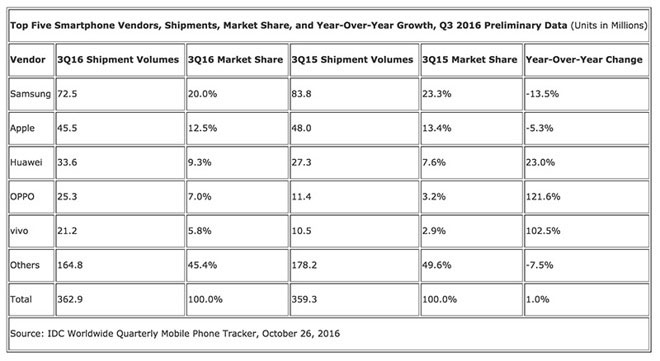 Huawei decided to install in their device camera manufactured by Leica. Xiaomi introduced a new smartphone, the design of which was attended by the French designer Philippe Starck. Oppo has significantly increased the performance of their smartphones.

The IDC study shows that the three Chinese companies in the ranking increased supply of smartphones. Third place is Huawei, which managed to increase shipments from 27.3 to 33.6 million, bringing its share increased from 7.6% to 9.3%. Fourth place belongs to the company Oppo. The manufacturer has increased the supply even more — from 11.4 to 25.3 million. As a result, his share increased from 3.2% to 7.0%.

Samsung Galaxy Note 7 of the new party exploded in the hands of its owner. This happened in less than a day after 25-year-old resident of China Hey Renji bought the smartphone. According to Renji, they have acquired a Samsung Galaxy Note 7 in online store JD.com. September 26, less than 24 hours after purchasing […]

All three new iPhone filmed on the “family photo”

Proven Chinese source has published the “family photo” of the new line of Apple smartphones, which, according to the source, will include not two, but three models. We are talking about iPhone 7, iPhone 7 Plus iPhone 7 Pro in a Golden performance. In the photos in good quality shows the rear aluminum panel with […]

iCareFone – when you need an alternative to iTunes

We all know by heart cons i-Technology. This is, firstly, stupid, cumbersome and just hate iTunes. It is, secondly, a specific line of conduct Apple, which does not allow you to understand your phone fully – and to do something, e.g. to the folder “other” that occupies half of the 16-Gigabyte space. Luckily for you, […]