Huawei decided to exaggerate the capabilities of its flagship smartphone with dual camera Huawei P9 and took a picture not on the phone, and on the professional full sized camera. Users on the Network caught the company of fraud, finding that photo was taken on a Canon EOS 5D Mark III. 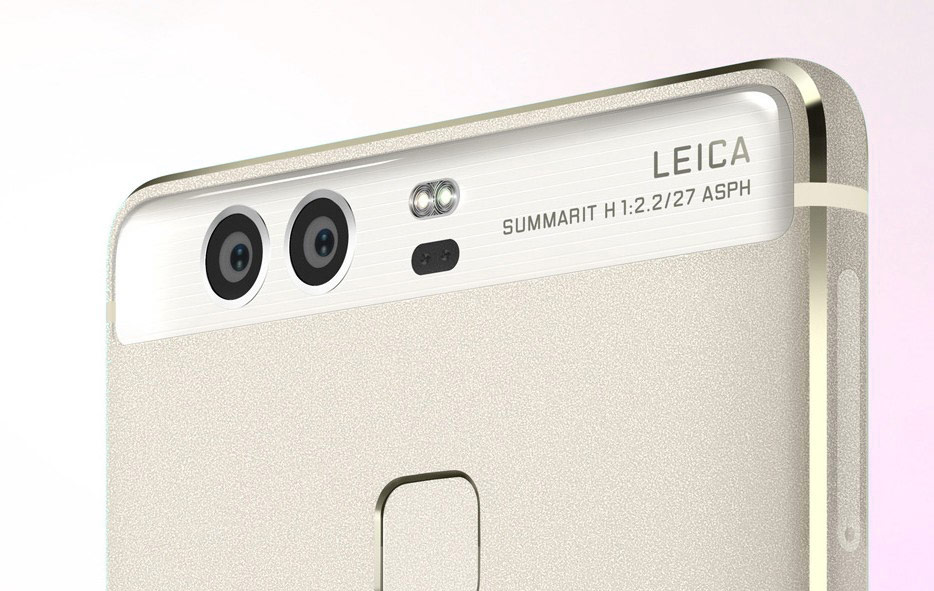 In the publication on the official Huawei page on Google+ says that the company has managed to capture the beautiful sunrise and Huawei P9 camera with optics from Leica makes photography in low light conditions much more enjoyable.

In the message text does not say directly that the photo taken on the phone, but the company has put the hashtag #OO, which she notes in the tape photograph Huawei P9. Fraud caused a strong reaction of Internet users. 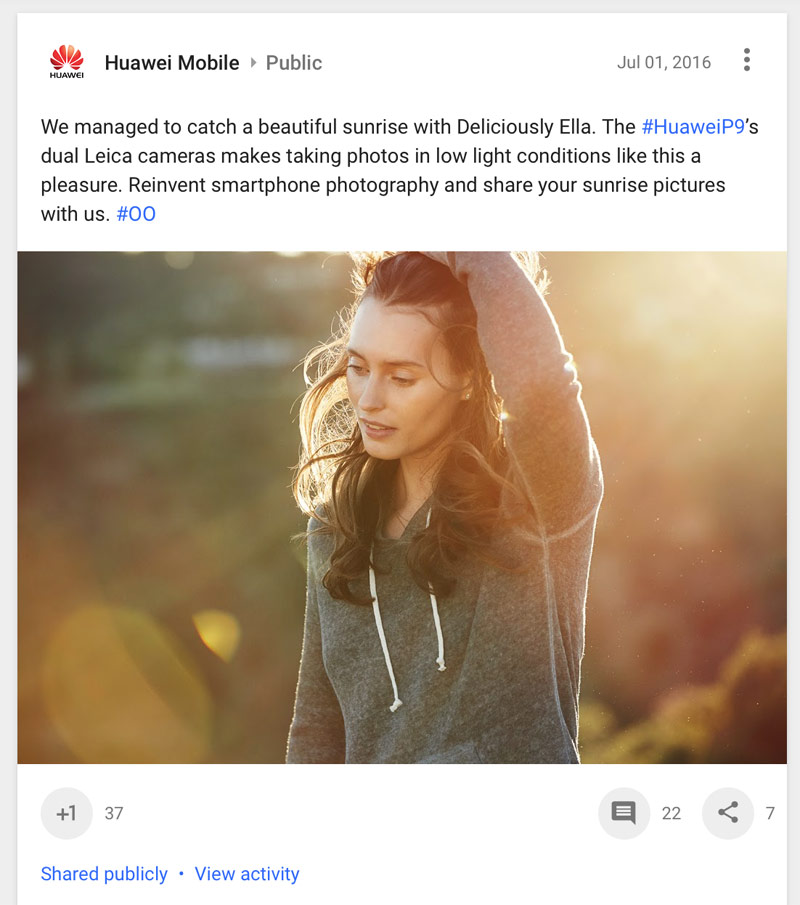 A few years ago a similar technique was used by Nokia. During the announcement of the smartphone Lumia 920, the company demonstrated the capabilities of the camera unit, in particular advanced optical stabilization system. 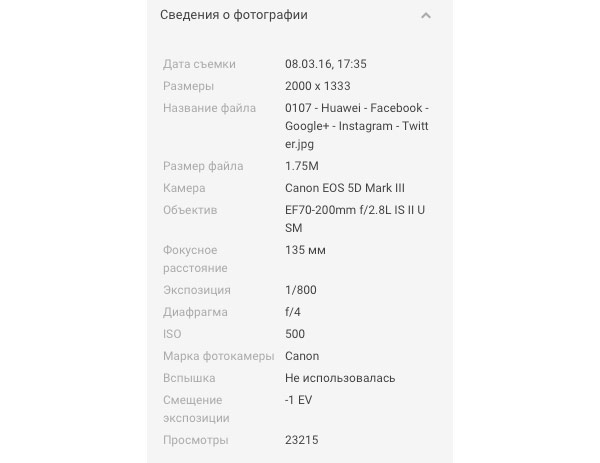 To show the capabilities of the camera Lumia 920 was presented a promotional video with the girl on the bike. Featured in the video recording, optical stabilization. The deception was revealed by attentive journalists on the 27-th second in the reflection of the glass was noticed the operator with the professional camera. A few days later, Nokia was forced to apologize to users.

The question of why manufacturers advertise the key features of their devices by such means remains open. After all, if the fraud is revealed, it will cause serious damage to the reputation.

Google could face a huge fine of 11 billion US dollars from the European Union and to be at risk of separation. As Business Insider reports, the company accused of monopoly. The money issue will be finally resolved in July 2018 and the search giant will likely have to pay a fine. But the situation […]

Tim Cook, Apple's CEO, recommended that employees at Apple Park and Infinite Loop in Cupertino switch to remote mode due to a coronavirus outbreak. It is proposed to work remotely from March 9 to 13. This applies to branches in regions that are prone to infection above others: Santa Clara, Grove, as well as branches […]

Major operating systems on the mobile market are Android and iOS, the share of small competitors on a global scale is negligible. Such popularity inevitably leads to prosperity app stores App Store and Google Play, but between the Read also:   Apple has postponed the launch of the HomePod for 2018