HTC has presented a limited version of the flagship smartphone One M9, covered with 24-carat gold. It is noteworthy that the photos of the device posted in the official Twitter account of the company, taken by the camera of iPhone 6. 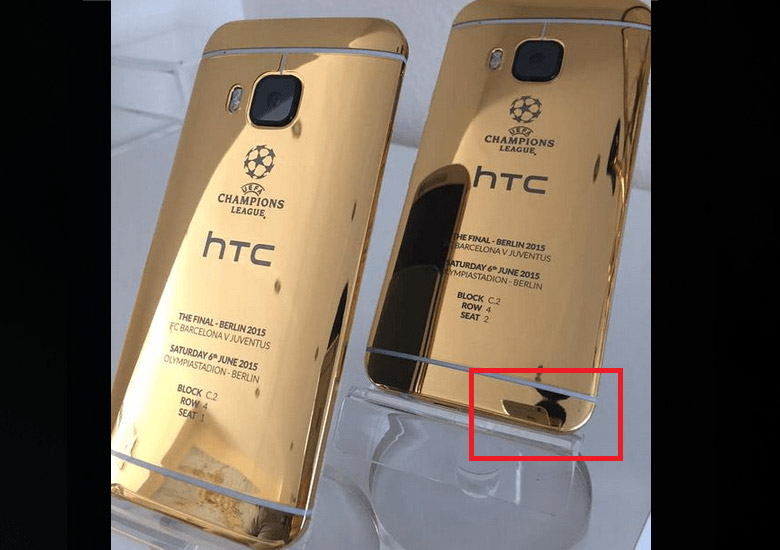 The release of a limited edition One M9 was held in honor of the finale, in which on June 6 will converge to the Spanish “Barcelona” and the Italian “Juventus”. On the gold casing is engraved with the logo of the UEFA Champions League and the date and venue of the final match.

Updated One M9 fully retained the characteristics of the original model. HTC will release only two such smartphone, gadgets, along with tickets to the final game and the hotel reservation will be donated to the winner of the competition, which is held among the residents of the UK. In the lower part of the specified block, row and seat number at the stadium, which is the winner. 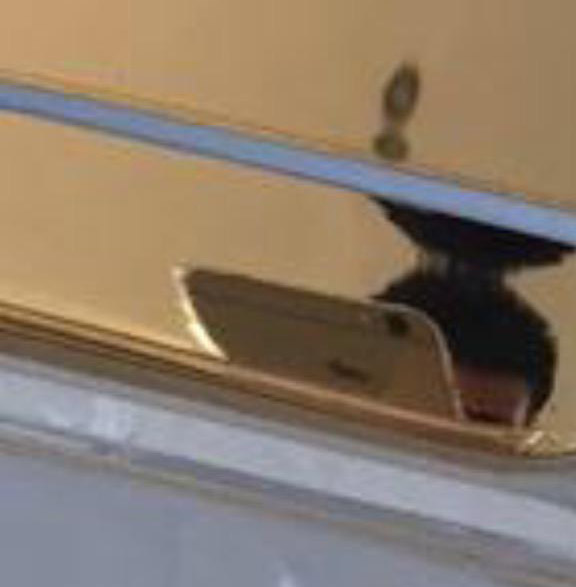 Twitter users found that photos of collectible modifications in the HTC One M9 made for iPhone 6. Posted in blog pictures are visible in the reflection of the camera smartphone. The company, committed a gaffe, hastened to replace the image, however, compromising photos already published on the Internet. 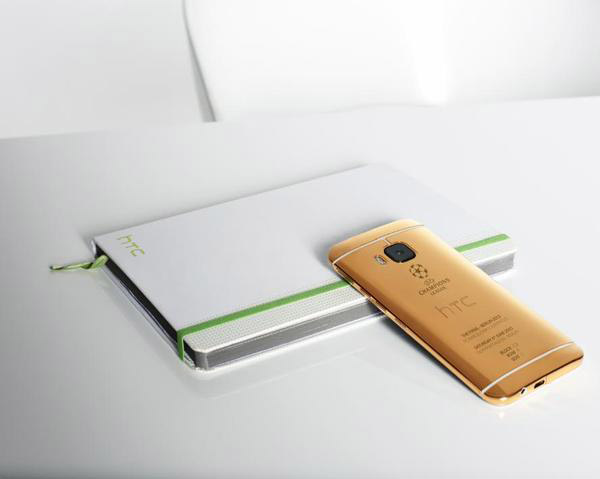 Incidentally, the value of gold One M9 is not specified, but there is hardly a case will cost a couple thousand dollars.

The developer of the famous franchise Angry Birds, Rovio, has released a new potential hit multiplayer game Battle Bay. The project became available for download on iOS and Android. A new game made in an unusual for the Studio, the genre of team-based multiplayer naval battles in real time – a sort of analogue of […]

Operators MTS and Tele2 first in our country has launched a service that allows smartphone users to make voice or video calls over Wi-Fi. The technology, which first appeared on the iPhone with the release of iOS 8.3, allows operators to save and improve the quality of communication. MTS and Tele2 in Moscow and Moscow […]

In the network have been rumors about the development of foldable smartphone Samsung. Most often on the subject began to speak after the registration of the trademark “Galaxy X” READ  iPhone 8 will get 3 GB of RAM