Apple at WWDC 2015 in June presented an update of their key platforms iOS 9 and OS X El Capitan. But for developers one of the most important announcements was the second version of the Swift programming language 2. Craig Federighi during the presentation of the product said that Apple tried to create a language that would be spared from the cumbersome heritage Objective-C. Swift was laid down in the platform of the NeXt, which became the basis for OS X and then iOS. 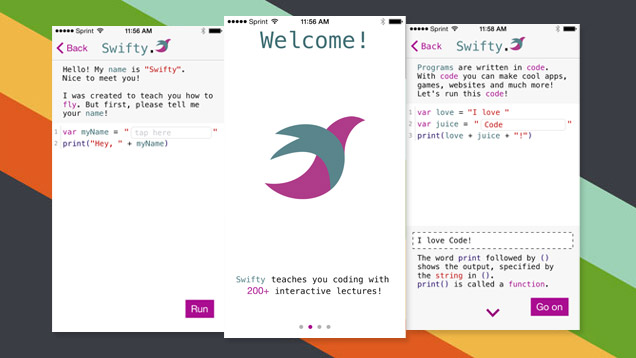 For those wishing to learn a new programming language is available in the App Store app called Swifty. It allows in an interactive format will be acquainted with all the peculiarities of language. The program developer Johannes Berger believes that the new project Apple is great for learning programming from scratch.

Interface interactive tutorial Swifty optimized for touchscreens iPhone and iPad. Using short lessons, this app will teach the basics of programming. Before each practical task it will explain the principle of operation of the element. Then you need to substitute in the real code example or another meaning. 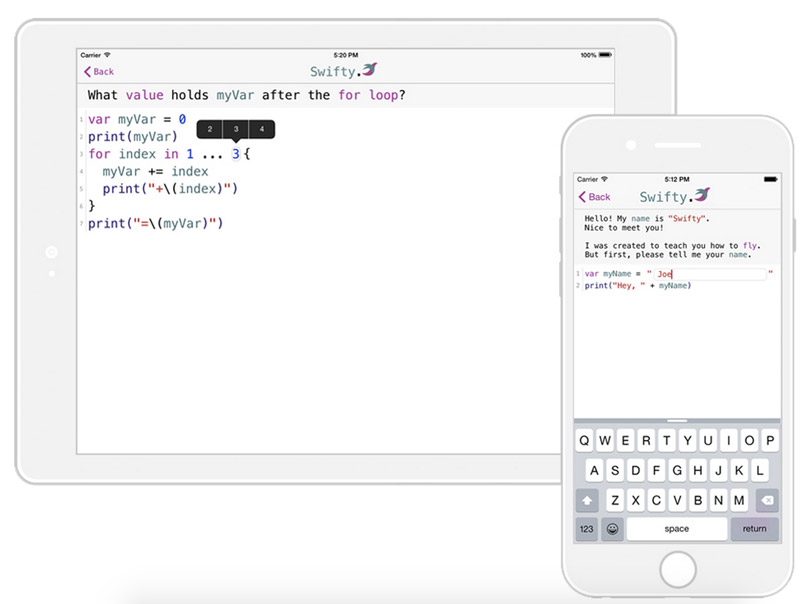 After each such session, containing from 10 to 15 tasks, the user will be asked a few questions that will need to answer to yourself, then look for the correct answer. Lessons more than 200, they are grouped into chapters. The first Chapter of the 13 free lessons, the second is also possible to obtain without spending a dime — for the publication of Swifty in the social network. Each subsequent is 59 rubles. You can also open access to all materials at a time, paying 219 rubles.

The game developer, Swifty is perfect for learning on the go. For more thoughtful immersion in programming, of course, will need a Mac and the latest version of an integrated programming environment Xcode. If your computer runs on Windows for training, you can use the online compilers Swift, for example RunSwift or SwiftStub. 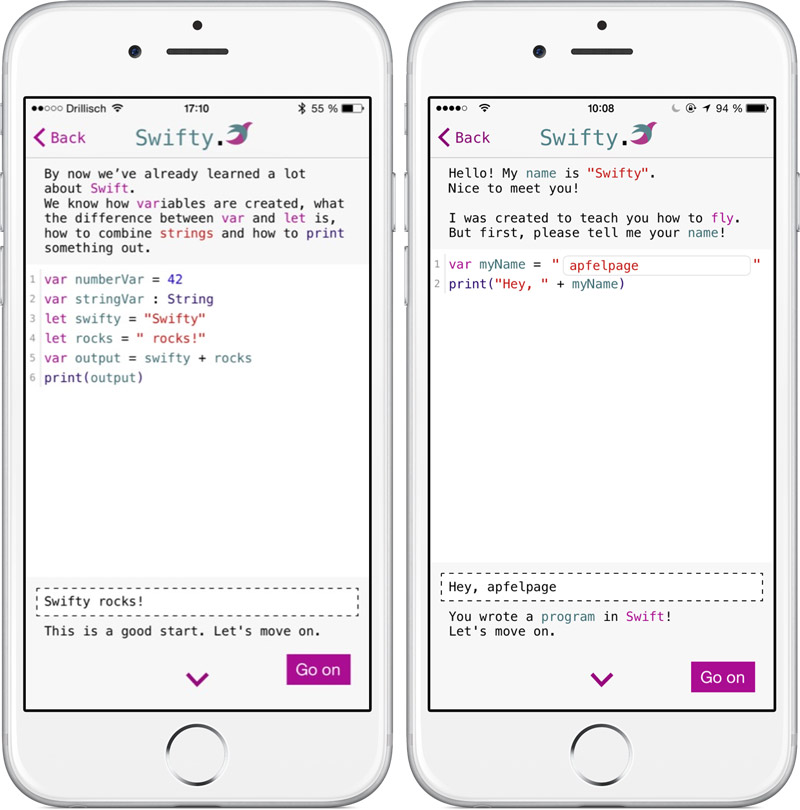 I should add that Apple moved its programming language on rails project open source. At WWDC, where the statement was made, the news caused a storm of applause from the audience of developers. The openness of Swift means that programmers will be able, by examining the source code of a programming language, to extend it through the issue of additional tools for developers. In addition, perhaps we’ll see a Swift application for the operating systems of other manufacturers.

New colors “onyx black” became the most popular color choice among buyers of the iPhone 7 and iPhone 7 Plus. Increased demand and production problems have led to a shortage of models in satin finish around the world. iPhone 7 in the color “black onyx” is made from sleek brushed aluminium, and to achieve the […]

In the Network appeared a few photos allegedly Force Touch display unannounced flagship iPhone 6s. The pictures are taken from the production line, and therefore it can be assumed that the mass production of new items has already begun. Photos published French resource Nowhereelse.fr who reported that the release of the front glass panels of […]

Time magazine has published an annual ranking of the best inventions. This year in the list there got AirPods “smart” headphones provided by Apple in September of this year. According to READ  Apple has patented the technology of underwater photography with iPhone