The most common failure of mobile device – broken screen. But if you use the gadget neatly, the first, most likely, will refuse the battery. The smartphone or tablet will begin to discharge quickly, because over time the maximum capacity of the battery decreases. How to know how much time is left to live power source iPhone and iPad? 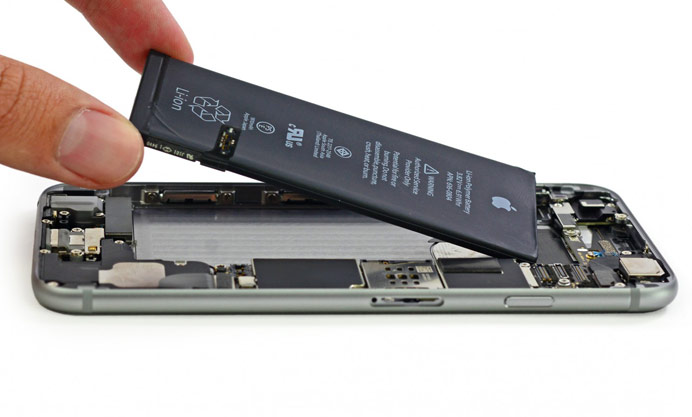 Modern lithium-ion batteries, contrary to popular myth, do not regularly fully discharged. Unlike the old NiCd batteries they do not suffer “memory effect” that reduces the actual capacity. The only problem that can cause regular partial charging of the smartphone will incorrectly estimate the remaining work. It is treated a single discharge the battery to 0% and the subsequent charging the phone switched off until 100%. As noted iGate.com should never be left discharged iPhone or iPad for a long time – for lithium-ion batteries for long periods in a completely discharged state may result in partial or total loss of the vessel.

Apple describes the term health of the battery in cycles of full discharge. In modern batteries this value can be of the order of 500-1000 cycles. According to information from the official website of Apple, the batteries of the iPhone, iPad and MacBook last generation, and Apple Watch keeps 80% of its initial capacity after 1000 full charge cycles. That is, if the user fully discharge the battery and again charge it every day, the battery can operate “like new” for almost three years. Older models are designed for 500 and 300 cycles. If your phone is put on charge by approximately 10-20%, it will not be considered a complete discharge and will increase the number of cycles. 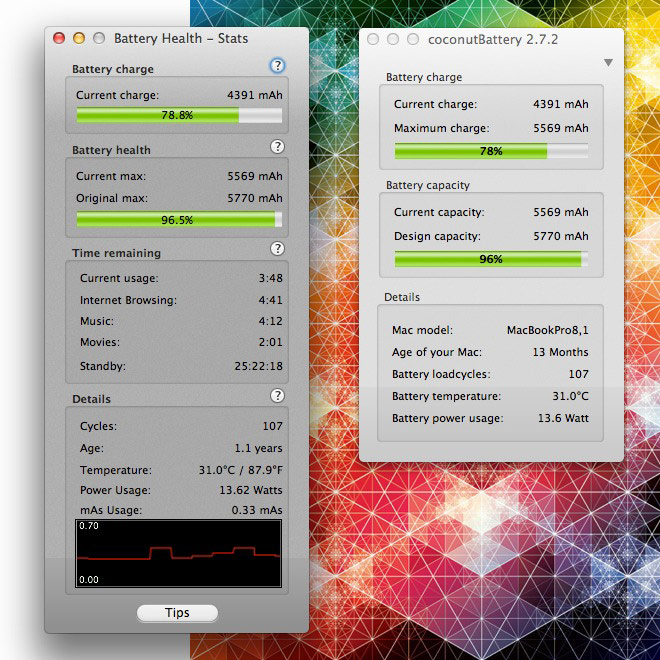 iOS keeps a log of battery information in the system in encrypted form and to show the user not voluntarily agree. This information can be retrieved by using third party tools.
For iPhone and iPad you can use the utility Coconut Battery or Battery Health on MacBook this can be done through the main menu.

In addition to the number of cycles of charging-discharging, the above program is also capable to show the operating temperature of the battery. In this setting it makes sense to pay attention, because if the battery was very hot – there is a malfunction. Another sign of the approaching disaster is a sudden battery discharge the phone from 100% to 97%-98%. 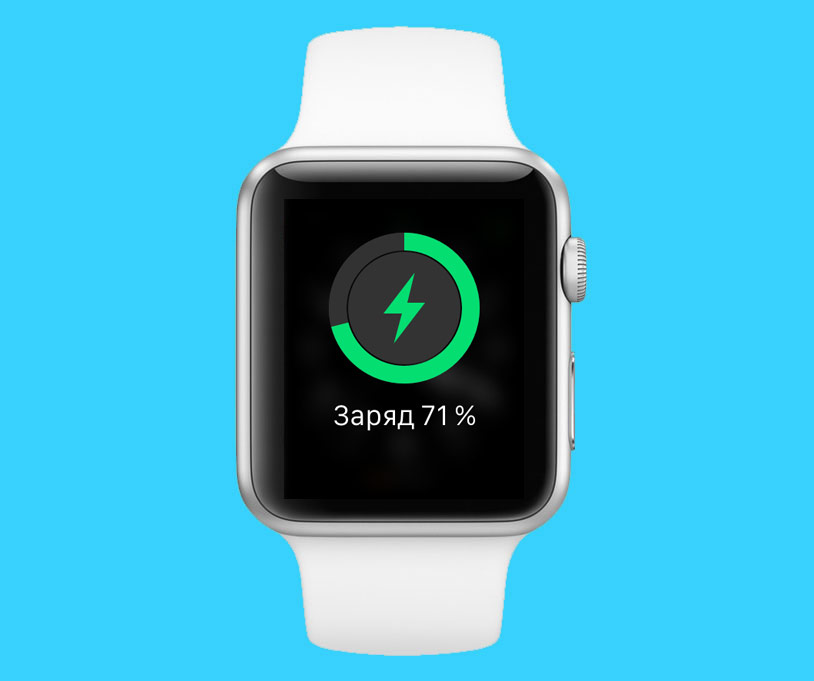 Do not overheat and do not SuperCool your iPhone and iPad, try to charge them time – and the battery will last you a very long time.

Snapster from “Vkontakte” was supported photo in landscape orientation

Social network “Vkontakte” has updated the app Snapster that allows you to post pictures with applied filters. In the new version for iPhone users got the ability to post pictures in landscape orientation, including the ability to crop images. Snapster consists of five main sections: news, advice, photography and publishing, notifications, and profile. Works partially […]

“Never give up”: gold iPhone 6s with Putin will be the mascot of Roy Jones

Swedish company Ericsson has published a report which spoke about the impact of mobile Internet on how the subscribers perceive the network operators and content providers. According to Cnews, Chistiakova pause the online video is user stress, which is comparable with the test on mathematics and the horror film. Telecommunications giant as part of the […]