On Monday, a week after the release of the fourth beta version of iOS 9.1, Apple releases the fifth. Currently it is available for developers in the Apple Developer Center or as an update over the air and for participants of the program testing. 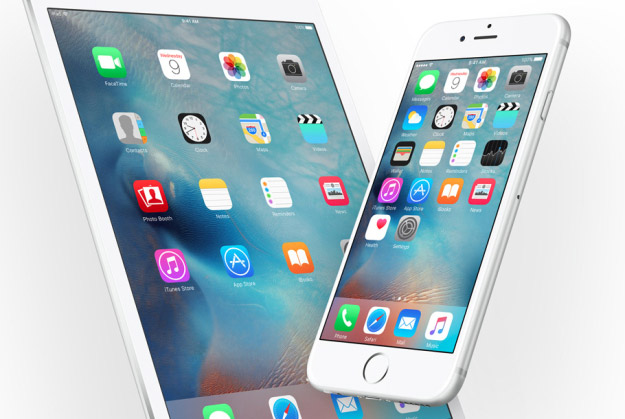 iOS 9.1 will bring API support for Live Photos and 3D Touch, plus a new set of emoticons. Apple did not hesitate to insert in this collection have long requested by many users Emoji with a middle finger

The new operating system iOS 9.1 will bring support for multitasking on tablets, including the new iPad Pro and its accessories Apple Pencil and Smart Keyboard. Also in the OS setting for “Show contact photos” in the app. In addition, the update added four new background images on the theme of space and nature.

Most of the changes in the fifth beta version are internal and do not affect the appearance of the OS. In terms of interface can be identified unless the ability to disable user photos from contacts. Important code optimization of the operating system. Judging by the tests, iOS 9.1 runs faster than the current iOS 9.0.2, although a bit slower than iOS 8.4.1; significantly increased battery life.

Debut public edition of iOS 9.1 is expected in conjunction with the release of iPad Pro in late October or early November of this year. All who can not wait to install the update, you can use the manual from iCrackUriDevice. The video below details the blogger compares iOS 9.1 and iOS 9.0.2 and tells how to install the test update without having an account developer (manual).

On the eve of the official presentation of the flagship iPhone 6s, analyst Ming-Chi Kuo of KGI Securities has disseminated insider information about the next generation of Apple smartphones. This is the so-called “iPhone 7”, due out in 2016. According to Kuo, the main emphasis in the next generation iPhone will be made on the […]

Why the next Apple smartphone need edge-to-edge screen [photos]

In late October, Xiaomi introduced the Mi smartphone Mix, featuring a futuristic design. The company representatives claim that the unit is characterized by the screen in the entire front panel, has been the most remarkable of all the smartphones that came out ever under this brand. In recent years, designers and users often dreamed of […]