Security of personal data on the iPhone, especially in recent times, excites the public more and more. Really, someone like, if all personal correspondence or saved on the device, the documents can be read by someone? In order to maintain the confidentiality of data in iOS, there are several levels of protection that limit potential attacker from abuse to personal information. Moreover, even created a copy of the smartphone, you can encrypt the password by putting a tick in iTunes. But, what if you set a password on the backup, and then simply forgot it? Oddly enough, there is a solution. And it is called iPhone Backup Unlocker Tenorshare from. 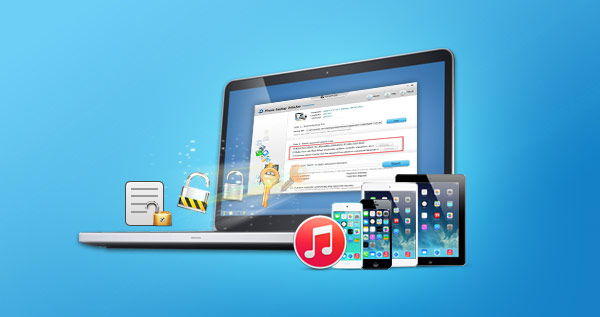 Suppose that since the last iTunes backup was a month. During this time, you have already managed to forget the password themselves and were installed for security purposes. All that you have is an encrypted file backup, which are of no use if the key to his recover lost. Here we are, and handy Phone Backup Unlocker. The principle of utility is quite simple: brute force letters and symbols, the application selects a combination for your backup.

For bekapa even no need to have installed iTunes on your computer, enough file. The whole process is just a few steps: 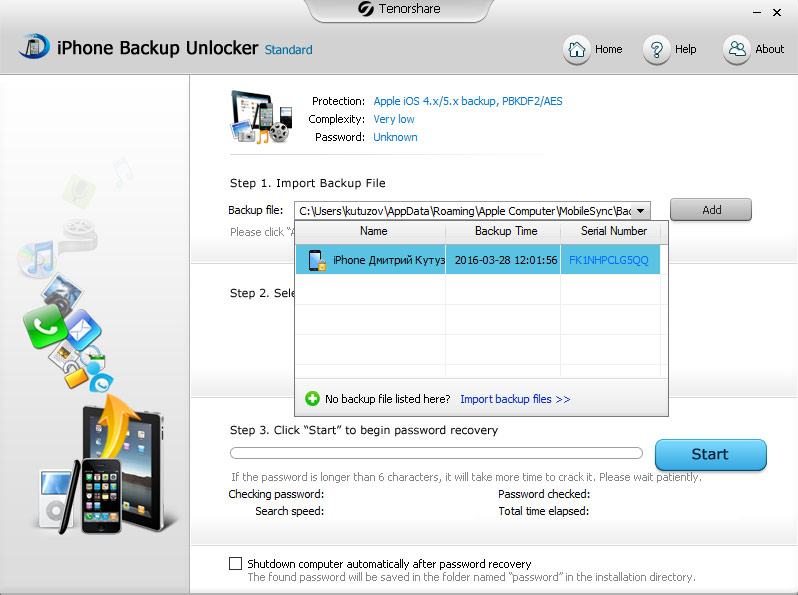 Step 2: Specify the method of selection of the password. Here we have available several options: Brute-Force Attack, Brute-force with Mask Attack and Dictionary Attack. 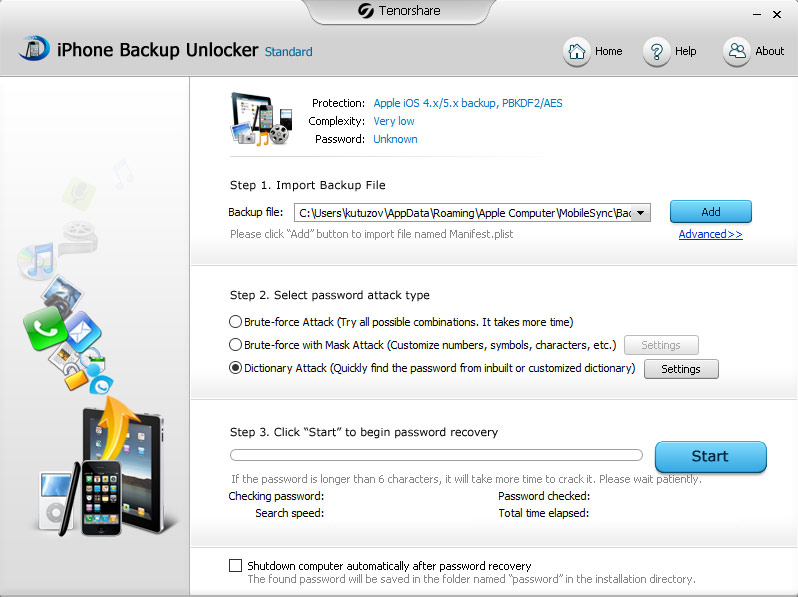 In the first case, the utility will begin to cycle through all desired combinations? which only can exist. This is the most difficult and time-consuming method. It is recommended only in those instances when you can’t remember even an approximate set of letters, numbers and symbols that you have previously set a password. 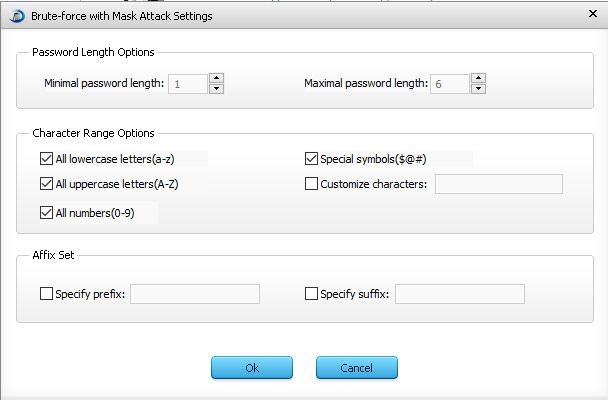 The second option is suitable, if you remember the approximate number of characters of your password, as well as the letters and / or special characters used. In order to reduce the time of enumeration, in the advanced menu you can specify all the necessary conditions for the attack to your backup.
Finally, the third option — Dictionary Attack. According to the developers, this is the fastest way of hacking a backup. In this case, the brute force will occur on specially prepared dictionary. In addition, you can download additional dictionaries and add them to an existing to expedite the process.

In the process, you can see how fast the iPhone Backup Unlocker to pluck passwords, the elapsed time and the number of used combinations. During our test, one of the easiest password “123” with a dictionary attack, the utility was able to pick up just a few seconds. However, it all depends on the complexity of the password, such as overall length, different letter case and special symbols. 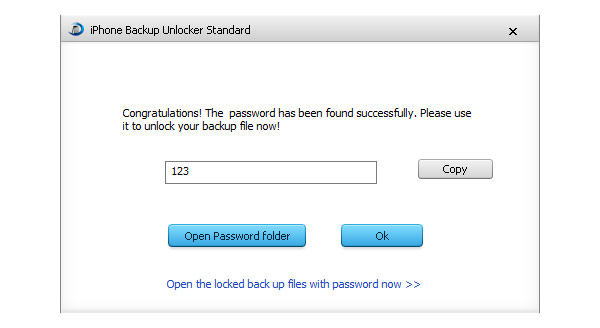 In addition, the Pro version of the app has a unique technology of brute force attack, increasing the attack rate up to 30 times using GPU-acceleration through the graphics card of the computer. As a bonus, the professional edition of the utility to delete a password on your became.

Tenorshare iPhone Backup Unlocker works perfectly with all versions of iOS backups (including 9.3), made on all Apple devices: iPhone, iPad, or iPod Touch. The only drawback of the utility is working only under Windows. But, if you care about your backup, it is not a sin to install as a second operating system and product from Microsoft. Recovered data, nevertheless, is much more important, isn’t it?

In the list of devices who received the update to iOS 9.3, included all compatible devices with iOS 9, including submitted five years ago, the iPhone 4s. Given the hardware components, the performance results which clearly demonstrate the benchmarks, owners of older models can set out a study the smoothness of operation and performance on […]

Microsoft Edge for iOS and Android will appear built-in Adblock

Microsoft decided to embed the Adblock Plus directly to your Edge browser for iOS and Android. About it reports The Verge. Until that feature is only available in test mode – it appeared in the Edge on Sunday, June 24. Adblock can use a limited number of users in the near future it will be […]