One of the interesting features of the wonderful macOS is the installation of Windows 10 along with native macOS. Installing the system on a macbook or aimak disk is easy; you can read the instructions on the Apple website.

But there you will not find instructions on how to install Windows 10 on an external drive. In my opinion, such a scenario is more interesting, albeit complex. The idea is that the second system does not take up space on the main disk, but lies quietly on an external SSD, it turns out very conveniently.

What should be done?

First, go to the Microsoft website and upload the system image.

We start the Boot Camp assistant, go to the top menu and load the drivers for Windows, they are downloaded to a separate folder. Do not forget where they saved it.

The process of downloading drivers depends on the speed of the Internet, it took me about five minutes. 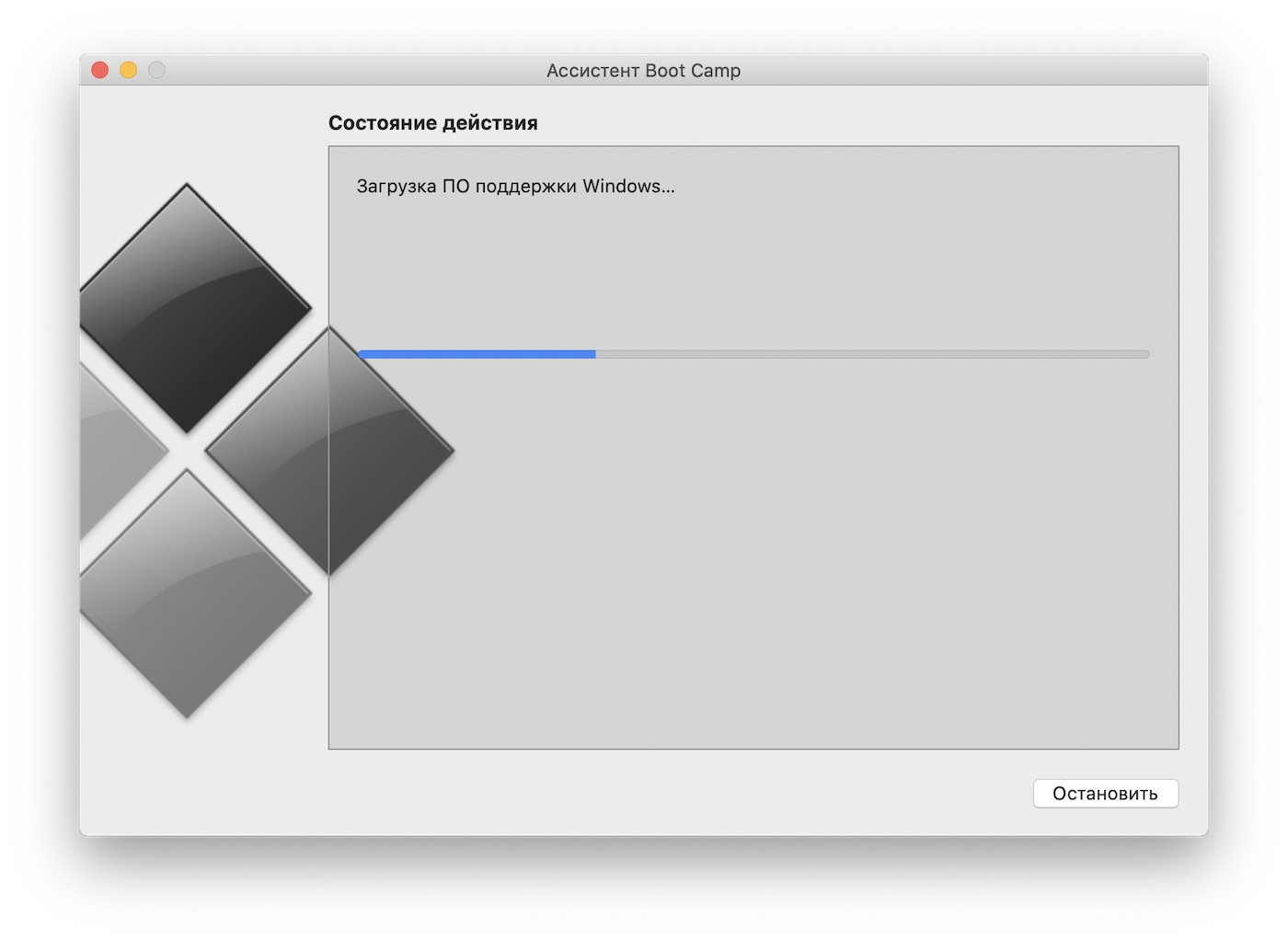 We launch the Disk Utility application, at the same time you need to connect the disk where you plan to keep the system to your Mac. There we select the name for the disk and format it in macOS Extended.

Further, several scenarios are possible. The first scenario using a virtual machine did not work out for me. I downloaded the VMware Fusion application, activated the trial version, but Windows did not work, the error got out.

To install Windows, you need a Windows piece of hardware

Then I went the other way. To do this, you need any computer with Windows at hand. In my case, it was our Microsoft Surface Go.

Read also:   Analysts predict the failure of the iPhone 7 due to the lack of audio Jack

The procedure is as follows. Download the Rufus application on your Windows device at your own risk. Connect an external drive, start Rufus, there apply the settings, as in the screenshot below.

After that, the recording starts. I thought that the process would be fast, I have no doubt about the speed of SSD, but the case involving the tablet and the adapter went slowly, it took about 40 minutes. Perhaps the problem is in the strange bunch of devices, I specifically focus on this.

After Windows appeared on the disk, copy to the same disk the previously downloaded folder with the Windows Support system drivers.

Then turn off your Mac and turn it on by holding down the ALT button (aka Option). Choose a Windows disk to boot and configure the system, as the process requires reboots, so sit still and wait.

When everything went well, go to the Windows Support folder, find the Boot Camp partition in it and start the final installation.

The method, of course, is more confused than simply installing the second system on your own Mac drive, but you don’t have to sacrifice memory. Plus, if you have, for example, an old poppy with a hard drive, then using an external SSD with a system installed on it dramatically speeds up work, gives joy, happiness and excitement.

Read also:   Photo of the day: iPhone 8 with a screen "edge to edge" looks luxurious

I hope that the instruction comes in handy. Enjoy using Windows 10 on your Macs.

Today, Microsoft released build Windows 10 Redstone 4 number 17004 for the program participant to Skip Ahead (participants receive Windows updates earlier than normal users). It is reported MSPoweruser. The update fixed bugs, improved the Microsoft Edge and added a nice hover effect on the items in the list of apps in “start menu”. Full […]

Microsoft is developing an iOS app for voice playback news

Microsoft is testing a new mobile app NewsCast, which is designed for voice playback news. This became known Neowin. An application designed for smartphones iPhone, read short news reports of 30 seconds, and you can adjust the ratio of local and world news. According to the developers, the service is intended to provide the opportunity […]

Thanks to a new feature in iOS 11 you’ll never have to remember passwords for applications and websites. iPhone and iPad after upgrading to iOS 11 will receive analog applications “Bunch of keys” built into the system settings and working with the standard keyboard. Every time you interact with a field for entering passwords system […]