September 20, Apple released the final version of macOS Sierra, which was presented to the public in the framework of the conference WWDC in June 2016. Operating system is offered as a free upgrade for computers running OS X 10.7 and above 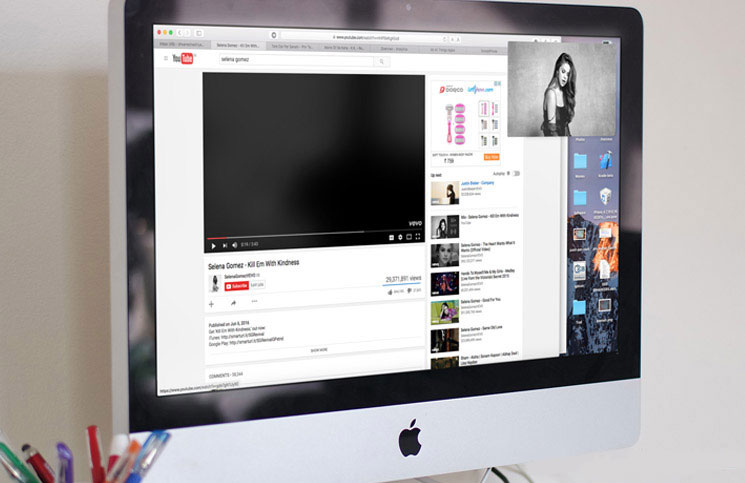 In Sierra macOS, Mac users have access to the new function “picture in picture”, with which you can work with one window and view the content in another. So, the Sierra allows you to have a video of Safari or iTunes in a separate window on top of all others while you work and even change its size, drag, or fixed in any corner of the screen. The video remains at the top, even when you are working in another window, so you don’t miss anything.

To enable this functionality for regular video macOS Sierra is quite simple. However, many YouTube users have any questions.

How to enable picture-in-picture in macOS Sierra:

Step 2: right click on the video you want to watch picture-in-picture. Appears a semi-transparent menu of service.

Step 3: Again, do a second click on the video to open the second, already the system menu. Click the “Enable picture in picture”. 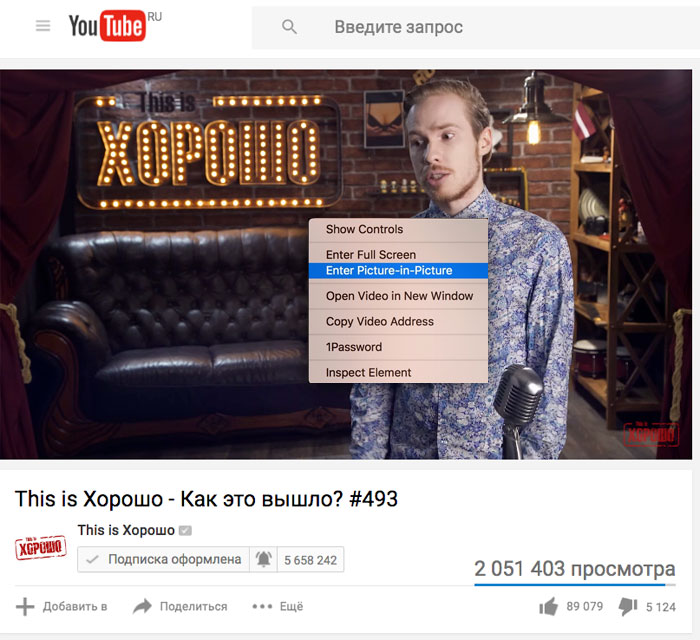 Thus in macOS Sierra can be displayed on the Desk is a small neat window, a video from YouTube. Window you can resize and move to any part of the screen.

In order to use the function “picture in picture” with another video, for example on the Apple website, just click on the appropriate button in the pop-up control window.

Read also:   How would you change the multitasking on iPad in iOS 10? 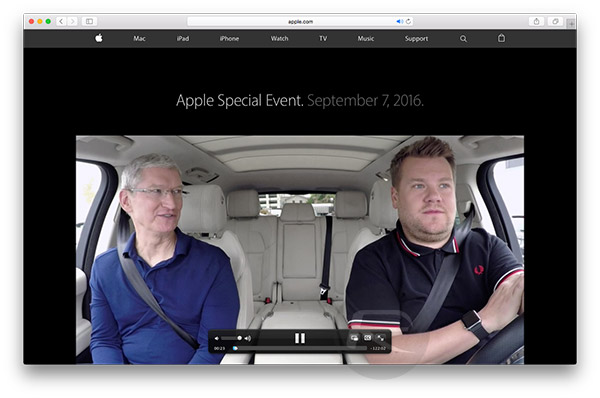 Picture-in-picture is only available in macOS Sierra, users of previous versions of the OS can make use of third-party applications, for example, Helium or Picture in Picture. Software downloaded from the developer’s site, not via the Mac App Store.

Volvo told how much the Russians will cost Apple CarPlay

Presenting its new XC90 crossover second generation, Volvo has stated that this car will be the first model company to support in-car infotainment system CarPlay, which provides access to the features and services familiar to users of Apple mobile devices. Today, the automaker announced the price of the platform for the flagship SUV Swedish brand. […]

According to Murphy’s law, if something bad can happen it will happen. And when the iPhone falls, it often lands on one of the four corners, and it is the most dangerous type of fall, usually resulting in a broken screen. Famous tormentor of the gadgets from the project TechRax decided to see if the […]

Apple is building in Japan complex research and development work (R&D). The building appears Yokohama – the largest port city, the administrative center of the Prefecture of Kanagawa and will act as the centre for research in the field of materials, transport and health.” This writes the Japanese newspaper Nikkei Electronics with reference to informed […]