According to statistics, the most frequent call for service, applies to broken smartphones and tablets. The reviewers PhoneArena has estimated how much it will cost to replace display of the iPhone 6s, iPhone 6s Plus, and iPhone SE, Galaxy S7, Galaxy S7 edge, LG G5 and HTC 10. 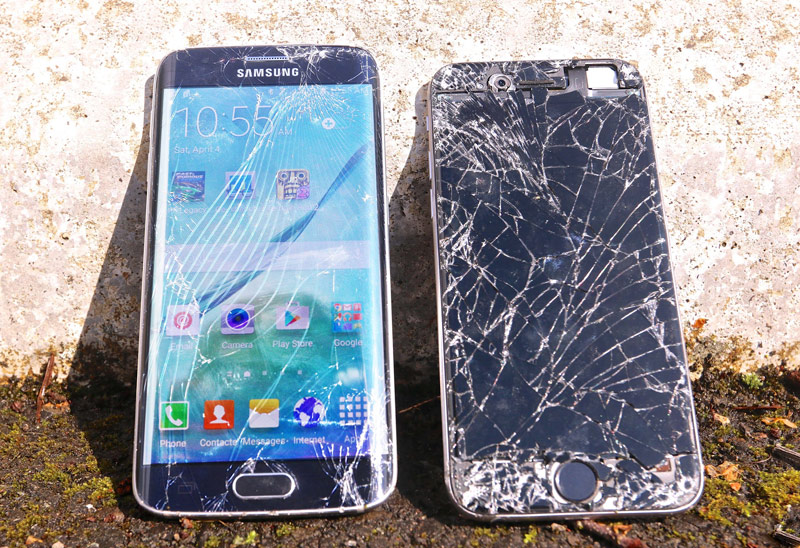 The cost of the official repair display largely corresponds to the specifications of the device and, for that matter, is not too expensive. In any case, it’s better than to order a screen on eBay, or contact the nearest repair shop. First, such screens are often different from the original. Secondly, Samsung is the exclusive supplier of AMOLED panels for their devices. So on eBay appear curious LCD screens for Galaxy S7 price which is almost equal to the cost of an official replacement.

The producers also reported how long it takes to repair — delivery of the smartphone in the service, diagnosis, replacement and sending back. Samsung, on average, received about 10 days including two days of shipping there and back. Apple can replace the display in the nearest Apple Store within one working day if the customer enrolled online. LG replacement screen LG G5 will take 5-7 working days, HTC 7-10 days.

The most expensive cost repair Galaxy S7 edge. Observers explain this by the presence of the smartphone with curved Super AMOLED display with Quad HD resolution and a plastic substrate. The company restores the protection against the ingress of water and dust into the body of the standard IP68. 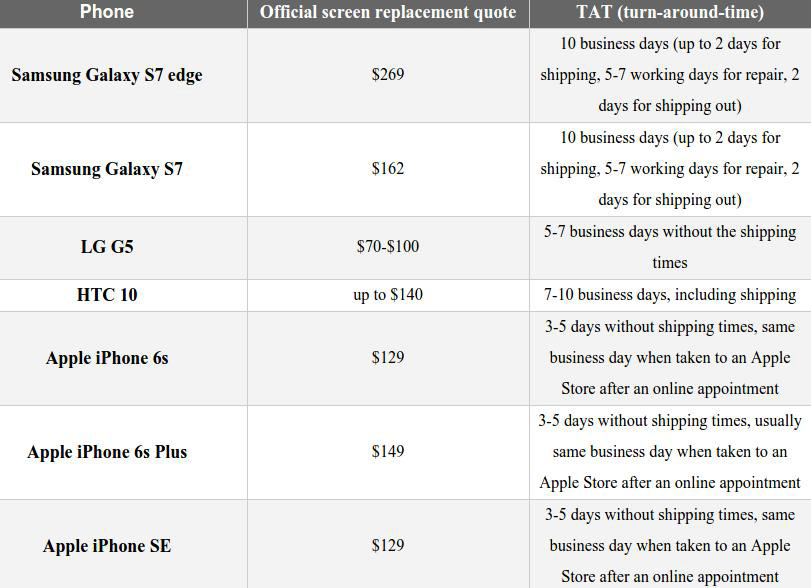 The cost of replacing screen on HTC 10 seems high, but do not forget that have not even started delivery of the smartphone, which is equipped with a 5 Super LCD panel of the last generation. HTC stressed that specify the maximum amount possible. Moreover, the guarantee UH OH Protection gives the right to one free replacement or repair of the display when damaged by water in the first year of use.

Apple indicates good the cost of replacing the LCD screen with a 3D Touch. It’s hard to even imagine how much it will cost, when the company will switch to AMOLED panels. The best proposal came from LG priced from $70-100 depending on the damage.

8 of the top 10 for 5 years iOS apps belong to Apple, Google and Facebook

Companies Apple, Google and Facebook took 8 of the 10 positions of the rating downloadable ON for the last five years worldwide. It is reported by Vc citing report analyst firm App Annie. In the fifth place of the ranking of the Skype app for the ninth — Twitter. The remaining 8 lines took the […]

How to add tabs in dock OS X using Terminal

Dock is one of the distinguishing features of the OS X operating system and one of the interface elements that make the experience unique Mac. The panel allows you to keep before the eyes of your favorite and running applications, easily placing icons in the order you want. Unfortunately, by default it has only one […]

Presentation Apple has changed the lives of Russian models

Presentation Apple has changed the life of 22-year-old model from Krasnoyarsk. Kristina Litvinova and had no idea that her picture will be taken at the world conference of the American Corporation. Describing the capabilities of the new iPad Pro Apple used to illustrate a photo of the Russian model. The girl herself admitted that she […]