Technologies tend to enter into our lives gradually, so we don’t even always agree can assess their impact on everyday comfort. The authors of the resource Ain counted how many gadgets 15-year-old will need to carry to to reproduce the functionality of the iPhone – a modern phone with Internet access. 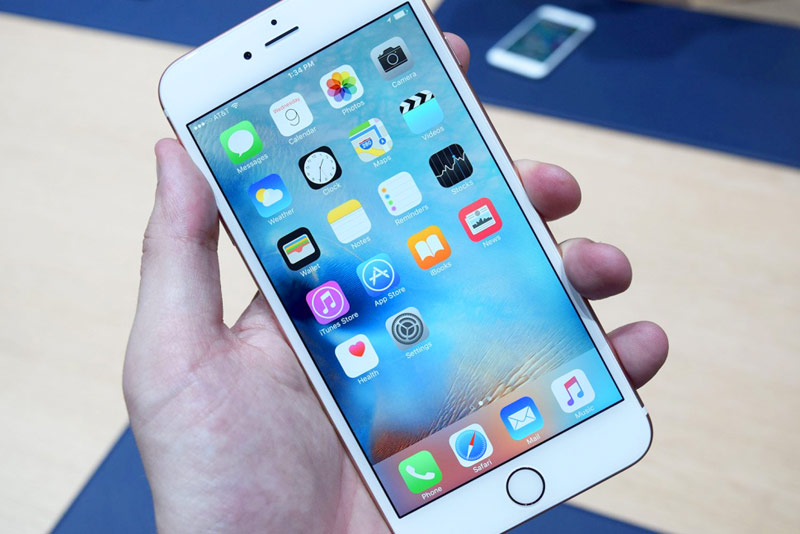 Now few people remember about PDAs, but in the early 2000’s, these devices were very popular. Although their opportunities were limited by the technology of the time, they are allowed to store personal information (such as your schedule or phonebook), somehow to work with documents and e-mail. Today, all these functions are performed by the phones, because the first smartphone in due time born as a hybrid of a PDA and a regular phone. To make it clear how far gone the progress, note that today the smartphone in real time synchronizes address book, calendar and email with cloud services, work with documents, too, have increasingly moved online, especially when you consider that services like Google Docs and Microsoft OneDrive with a built-in document editor available to everyone. 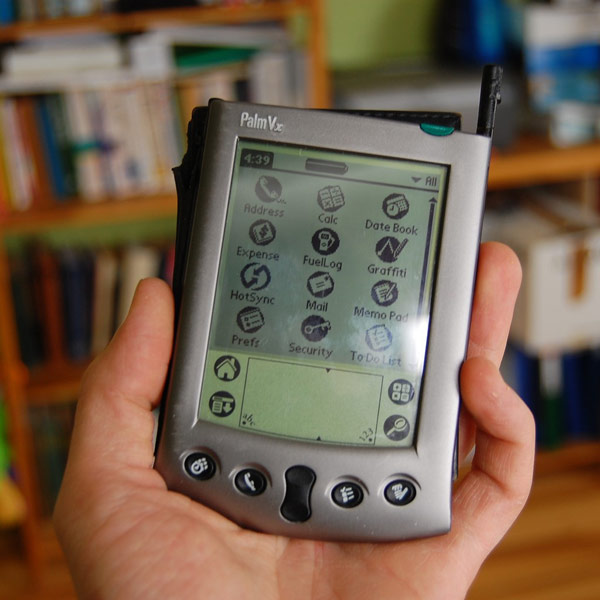 Electronic translators and dictionaries at one time actively advertised as the best solution for tourists traveling to relax outside the country. We believe that the best solution is knowledge of the English language, but abroad sometimes have to read what is written on street index, view the menu or learn how to pronounce a phrase in the native language. Smartphone and here will not let you down in the app stores lack of dictionaries and phrasebooks, and with the Internet you can seek the help of an online dictionary Multitran, or use Google Translate, which allows you to simply point the camera to the desired inscription, and immediately obtain its translation. 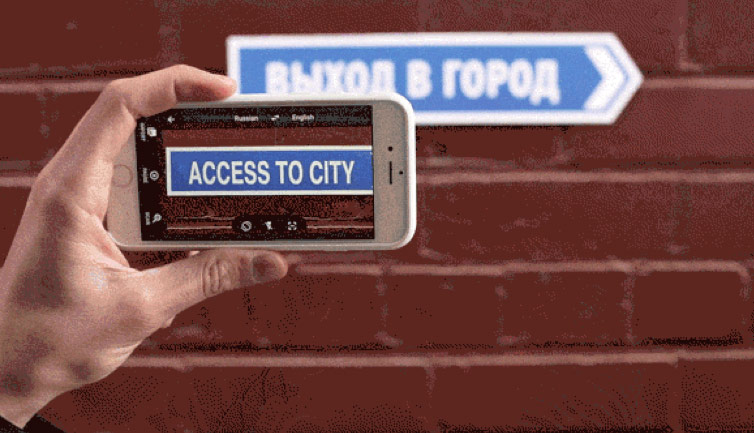 It would seem, only yesterday Steve jobs unveiled the first iPod and gave a powerful impetus to the development of MP3 players, but today almost every passenger minibuses Kyiv listens to music from your smartphone. Moreover, the smartphone is much better than a regular MP3 player: in player, you can record only a limited amount of music, and the owners of smartphones, with their constant connection to the Internet and access services like Apple Music or Google Play Music, have the opportunity to listen to anything, anywhere. 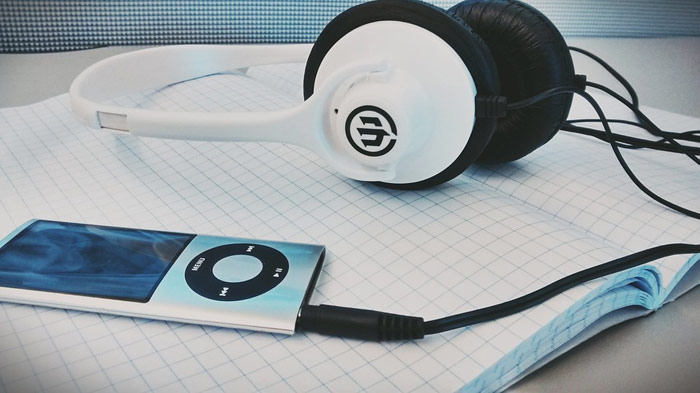 Before the wide spread of mobile phones among people who were always connected, there was only one way pager. It worked as follows: you called the operator paging company and dictated message for the desired party, the operator had sent this message to the pager. Of course, this relationship was one-sided and extremely uncomfortable. Then came SMS, which eliminated the need for dictation, and made possible a comprehensive exchange of messages in both directions. Today’s smartphones have radically solve the problem: SMS is still available, but the user can also set on them with a dozen apps-messenger and stay in touch always. 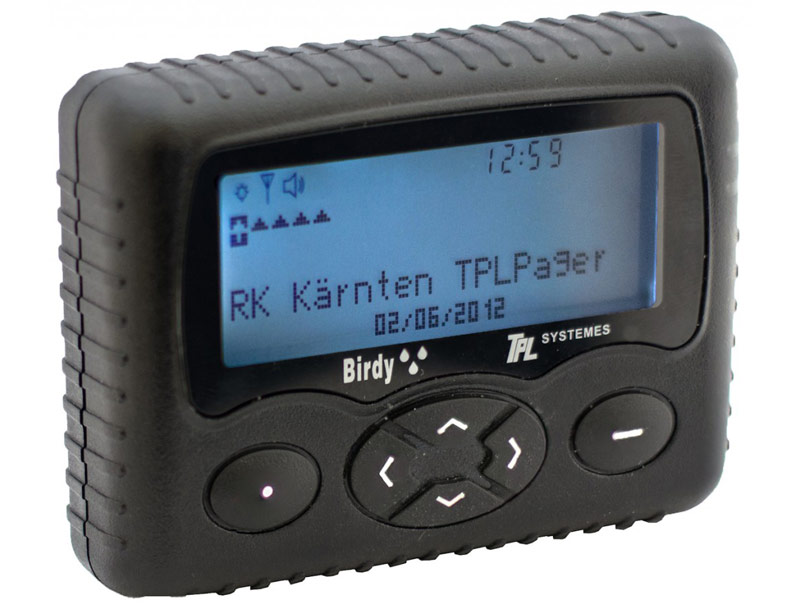 Here and to speak especially there is nothing. First, many smart phones have built in FM receiver. Secondly, when using a standard receiver (including built-in phone) you are limited by the range of local radio stations, but when using a smartphone you can listen to Internet radio, which has no boundaries. So now the inhabitant of Kiev is available not only beautiful “the Aristocrats”, but BBC Radio One, new York Radio Free Brooklyn. 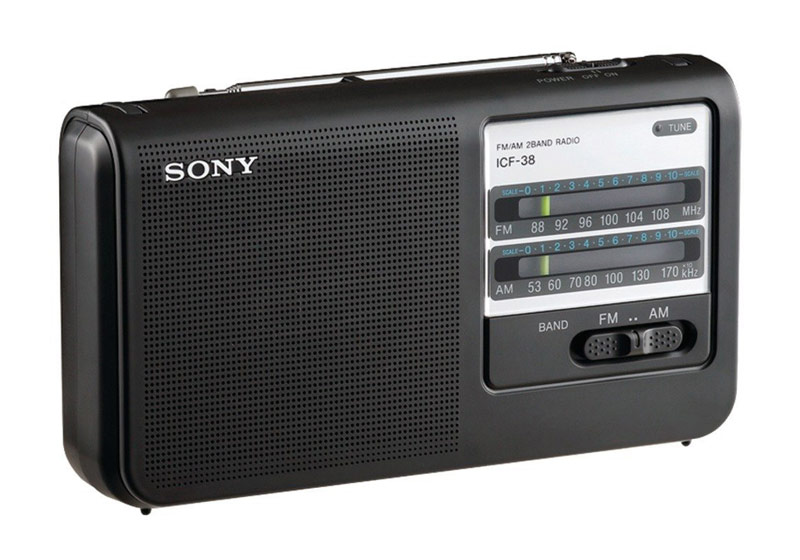 “Wow, you on the Left coast? Not know, show the way?” Substitute in the phrase any other designation of any part of the city. Sound familiar? Seemingly unaware of the city from taxi drivers had to save the Navigator. But you’ll only find in taxi tablet or smartphone little to the right of the steering wheel than the big screen navigation system. Because there is a separate Navigator as the average smartphone, but it does not have half of its functions. And it often happens that some “Yandex.Navigator” with the road sign is better than an outdated program in the normal Navigator. And if you have Internet connectivity, the smartphone will show the situation with traffic jams on the roads. 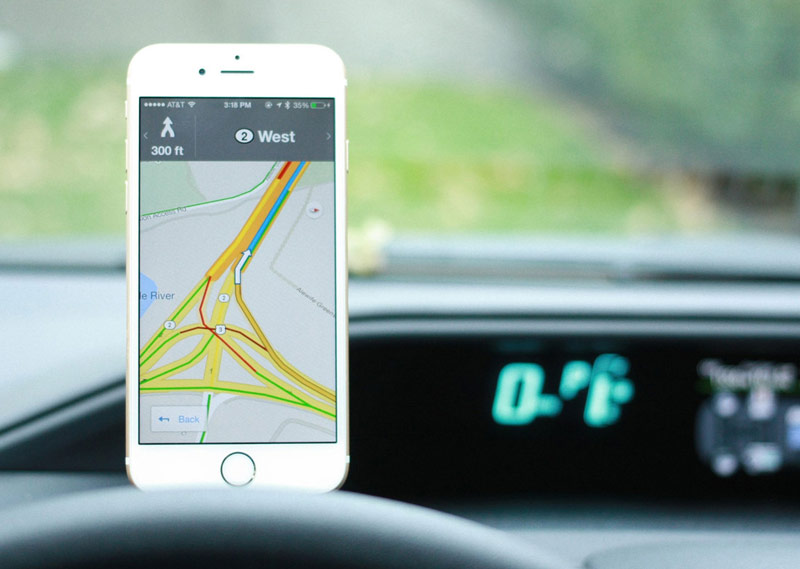 Humanity has ceased to carry extra glowing in the dark and quickly discharge the batteries a device even with the advent of the legendary Nokia 1100. After all, its main asset was the flashlight in the upper part of the body! For a long time built-in flashlights can be found on some later phones, but then came smartphones with cameras and flashes. The idea to use the flash as a flashlight came to mind, probably, any tourist, in the dark sorting through your backpack. Or festivalwise, looking in the camp at night their running shoes. And can be generally person, just stuck in the Elevator? In General, is obviously resourceful. And now, in every mobile OS there is an application that allows you to continuously Shine a flash. And at somebody this feature is actually already built into the system itself. 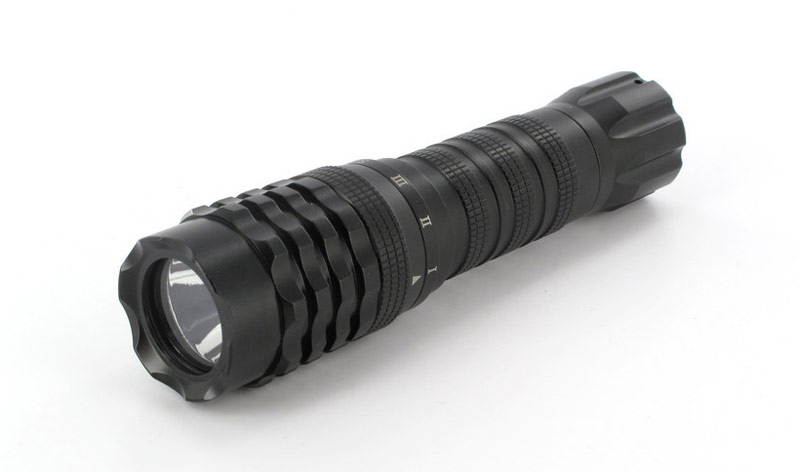 In the mid-2000s I got my first digital camera — what is now called “digital soap box”. He’s got straight on the case was a sticker with a proud the inscription of 12 megapixels. What are these memories you ask? The smartphone’s camera, which I plan to give yourself for the New Year, 13 megapixels. And this is not the limit — a few years ago Nokia has released a camera phone with a 42 (!) the megapixels in the specifications. And he, unlike my old soap box, being able to immediately send photos to Facebook and Instagram, recognizes faces, connects to Wi-Fi and most importantly — fits in the pocket of his jeans. 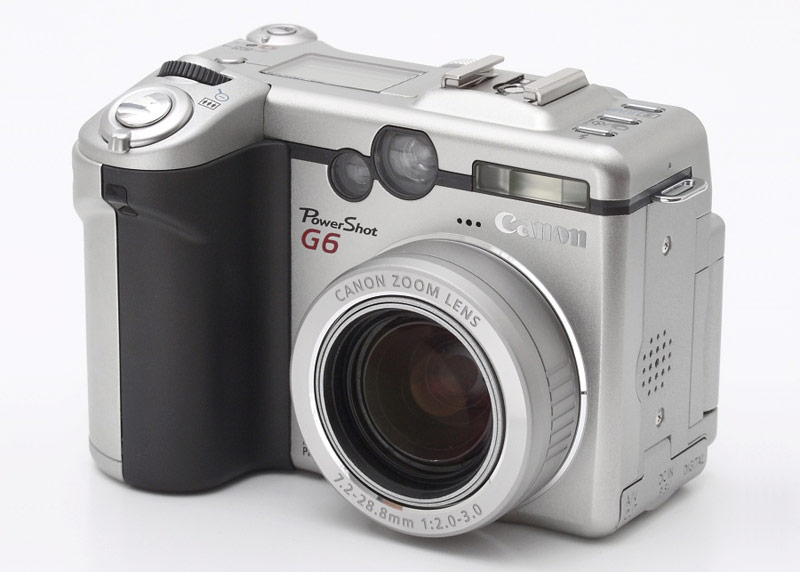 The same can be said about the camera: modern smartphones to shoot video of excellent quality, and the most advanced models have got more and optical image stabilization. Not to mention the fact that the footage can be cut and mounted directly on the device without copying to the computer and immediately uploaded to YouTube or Vimeo. Useful!

If the clouds stick and almost finished off the drives and then portable, similar to netbooks DVD players had no chance to stay alive. Before the arrival of 3G near you anywhere in the city could be a pretty girl who not shy and blushing looked at the screen of your smartphone the most violent scenes from “Game of thrones” (thanks for headphones). Many hostings allow to download videos, as adapted by the file size and format, to smartphones. Now, with high-speed wireless Internet, the need to download anymore — just push Play. And don’t forget about the headphones, not interested around anyone who like this Jon snow and how he died. 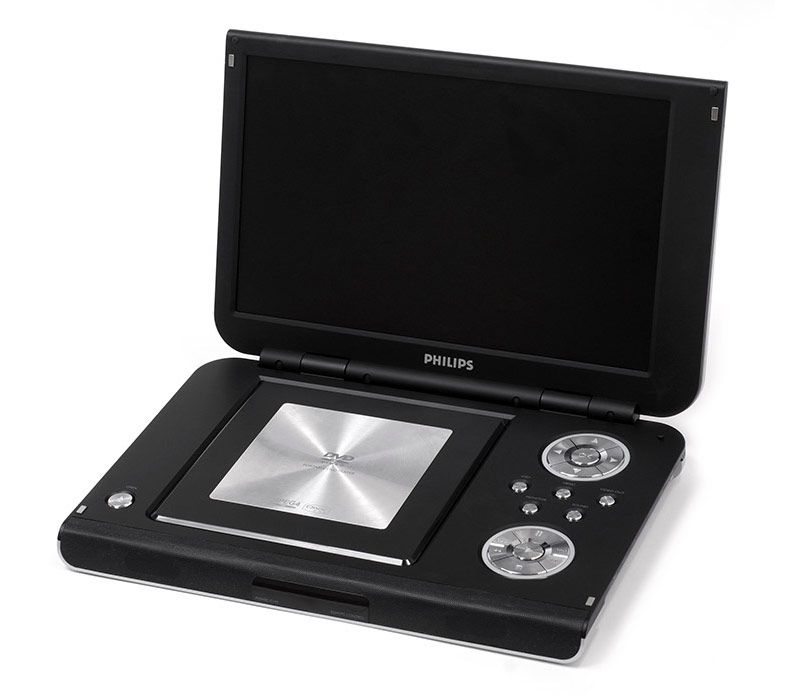 All the functions of counting and time tracking was also in the smartphone. Agree, much easier to say “Hey, Siri, set a timer for 10 minutes” than to put the hands on a separate device. Ticking the device is left except among collectors and businessmen, and the latter increasingly make a choice in favor of the Apple Watch — they’re expensive, but a bit more smart than just watch. However, smart watches with us while so long that many of their owners out of habit peeping time on the smartphone screen. 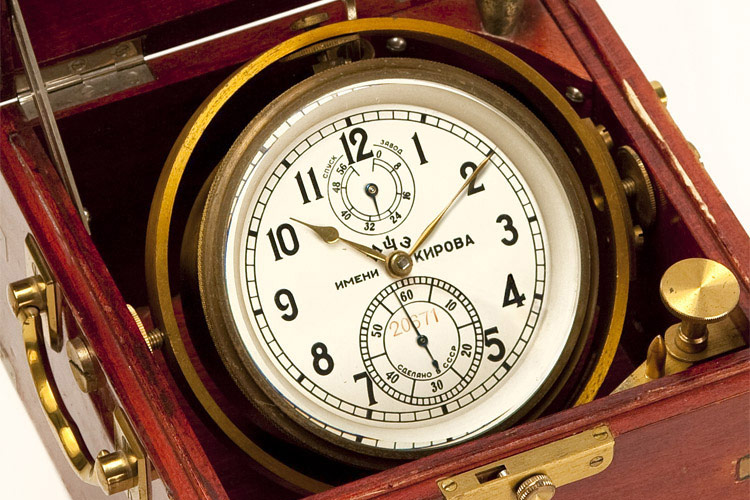 Scanner today rarely meet in one house, and to make copies of important documents from time to time. Here again comes to the aid of the smartphone. Quality built-in cameras is enough for this use, and special programs make the process of “scanning” using a smartphone easy and enjoyable: they automatically align the edges of documents, correct geometry and increase clarity. The result can immediately to save in PDF, send by email or upload to cloud storage. The scanners of yesterday is not a dream. 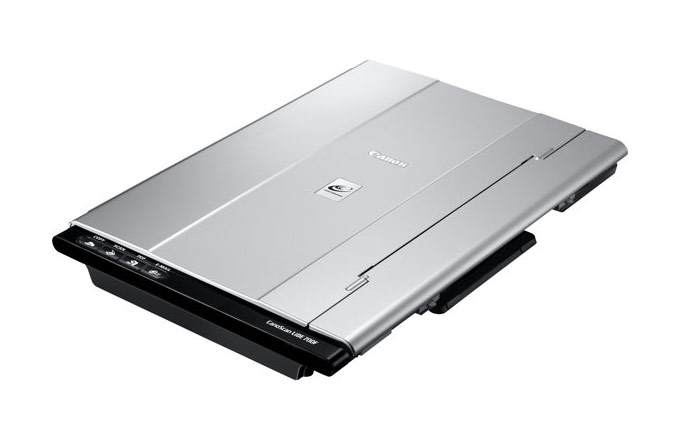 A long time ago, almost in my childhood, I had a Nintendo GameBoy, which I played Bomberman, Castlevania and Donkey Kong. Today fans to play on the go portable don’t need the console: smartphones much more productive portable consoles, and the app stores are literally bursting with quality games for both casual and more serious, including remakes of old hits. Due to the permanent connection to the Internet smart phones are good for networking and team games, where your opponent can be across the street or on the other side of the planet. Now smartphones are actively exploring virtual reality, so that in the future we should expect even more exciting mobile games. 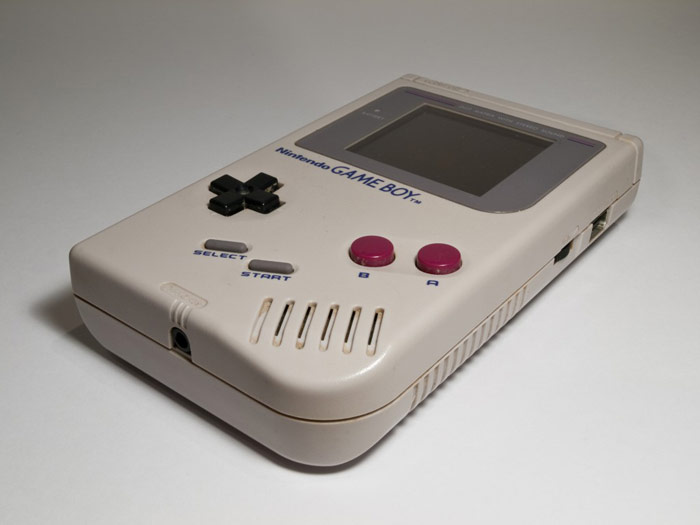 Deutsche Bank analysts called on to temper expectations about the future flagship smartphone iPhone 8. According to sherry Shriner, talks about a “superloop” and increasing enthusiasm about the potential of the model beyond reasonable limits. Optimism holds as expected technological innovations from Apple, and that hand is now a large number of iPhone previous generation. […]

Mail Mail.Ru for iOS has realized the fastest way to attach photos and videos

Attached to the letters photo and video in the Mail app Mail.Ru” for iOS devices has become easier, so now easier to share content with colleagues, friends and family. New feature Mail.Ru Group announced for patch 5.4. To attach the image to the letter in an updated Post Mail.Ru” that requires less action than before. […]