An iPhone owner on Reddit conducted an interesting experiment with a proprietary Apple adapter to connect headphones with a 3.5-mm plug to the Lightning connector. He decided to compare the sound of headphones connected directly to the classic Jack of iPhone, using the Apple brand adapter. 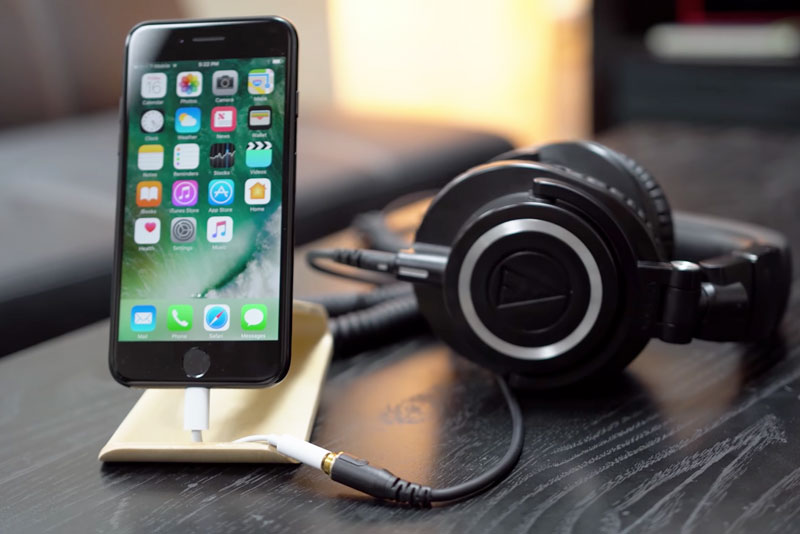 Users of the new smartphone iPhone 7 there’s no other choice: they can only use the Lightning connector, selecting the branded headset Earpods, Apple or adapter. But owners of earlier iPhone models can also use audiojack analog and digital Lightning. As it turned out, the latter was preferable for lovers of quality sound.

Testing showed that the same headphones connected to the analog 3.5 mm Jack and Lightning port (via adapter) sound different. The difference is noticeable as on the headset from Apple, and the Studio “ears” Audio-Technica.

“After testing different songs in different configurations, I can say that the high and mid frequencies sound cleaner when using the Lightning adapter. The sound in the headphones louder than in the case of analog connector, ” says the author of the experiment. – The difference is small, but it is. Now we have another benefit from the fact that Apple refused to 3.5 mm.

Lightning connection will appreciate the fans of the sound who can feel the delights of crystal sounding of 24-bit audio, noted the blogger.

Apple has released updated audio drivers for the solution, causing breakage of the speakers MacBook Pro. We are talking about software patch Windows mode in Boot Camp. At the end of November, buyers of the new MacBook Pro began to complain about the loud noises when working with a Microsoft OS in Boot Camp mode. […]

Jubilee iPhone 8 will snap up immediately, despite a price tag of $1000

The prices of the main components used in smartphones, including memory chips and AMOLED displays grow in the second half of 2016. During the negative pressure on profit smartphone manufacturers experts expect that the cost of the iPhone this year will exceed $1000. Despite this, at the start of sales of the novelty will be […]

This adapter allows you to connect headphones with a 3.5 mm connector via a USB digital-C in the Pixel 2. During the presentation, Pixel 2 and Pixel 2 XL, the company announced that the novelties will be supplied with adapter for headphones. Its original price was 20 dollars in the Google Store. On 14 October […]