Sometimes the owners of iPhone and iPad you need to know any information about the device such as model, version, platform or processor. To do this without r third party software almost impossible. Comes to help is an unofficial app Hardware Specs. 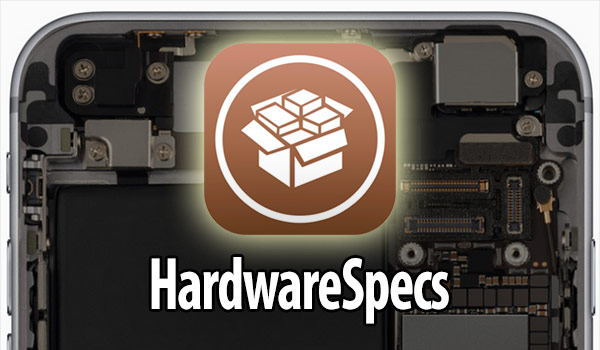 This tweak adds a settings of the operating system iOS menu with information about the hardware gadget. Data can be found in Settings –> General –> Hardware Specs. What can you learn about your device after installing the add-in ? Data about RAM, including the type and serial number, model number, platform, processor name, architecture, number of cores, the cache information L1, L2 and L3 and more.

In addition, Hardware Specs lets you know the model number of the SoC. As you know, the iPhone uses two different processors. The manufacturer of the first of them (APL0898) is a South Korean Samsung, and producing APL1022 meets Taiwan’s TSMC. 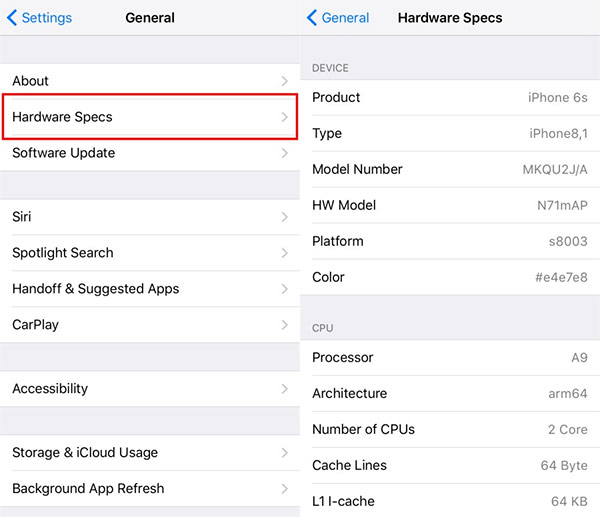 In the production of processors used in different technological processes, making Apple’s A9 using 14nm process technology of Samsung, occupies an area of 96 mm2, whereas the processor based on 16-nm TSMC considerably larger and covers an area of 104,5 mm2. Both processors have an identical structure and set of components.

Due to the use of different technical processes chips APL0898 and APL1022 may have different indicators of energy consumption, energy efficiency and performance.

If you want to know all the details about the “stuffing” of your iOS device, it makes sense to use the tweak Hardware Specs. It is distributed free of charge through Cydia, repository, BigBoss for download.

Music service Spotify that allows for a fixed monthly fee to listen to any song from its extensive library, released data about its audience. According to the head of the company Daniel Eka, the streaming service has reached 30 million paying subscribers. The last time Spotify has reported on the number of paying users in […]

Watch Samsung Gear with A round dial, as it turns out, will be named differently — Gear S2. At the last presentation, the Korean company showed how the device will look, which will represent the 3rd of September. Today Samsung unveiled a new teaser competitor of the Apple Watch. Gear S2 – seventh wearable device […]

Analysts at research firm Gartner has estimated that in the second quarter of 2015, it was sold only at 66.14 million computers. This is less than 11.8%, than a year ago during the same time period. At the same time, Apple has managed to boost Mac sales during this period by 16.1% and climb to […]