With old games has one big problem – they can be hard to start. With other media formats such is not present: cinema, even captured in the nineteenth century, you can see, the book can be read, written, before our era, but with the games – nope. Want sometimes replaying the hit 2002, released exclusively for the Game Cube? Well, take a Game Cube. Other option will not – if the game is not specifically will re-release for modern platforms, spending a significant amount of time and money. This phenomenon’s short memory, perhaps, be studied, but face the facts – accomplishments sneak past to present infrequently. So, hurry up and catch each twinkle, moved from a forgotten world in our modern. In this case, not even a spark and a fire that raged fifteen years ago. 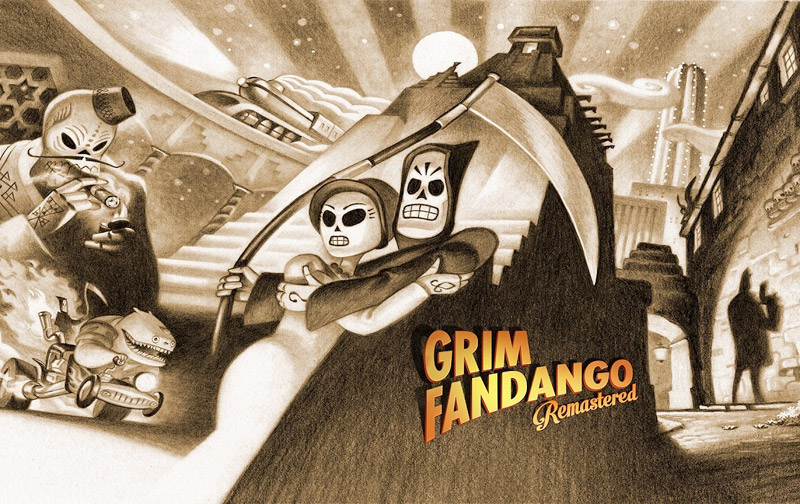 Grim Fandango is actually an amazing thing. The metaphor itself – in the game it takes place between life and death became such, and for quests that Grim Fandango was the watershed before the era of power quests and after their sad sunset. Grim Fandango the last great quest LucasArt and the first, who once vouchsafed to blame. A sort of “out of the shadows into the light flying”; simultaneously the end of one era and the beginning of a new.

In the game, in General, the same thing happens, and beyond: endless rotation between life and death. The main character, Manny Calavera died. However, not quite – he has found to work in the Department of Death travel agent. His task is to accompany the deceased on his last journey: from the Department of children need to smuggle in the Ninth world – the final dwelling place of the dead. The catch is that who are well behaved during his life, he gets the wind on the occult version of “Sapsan”. And who does not – through the thorns to Death. Manny, of course, fall on the head of customers who, like Moses, to the Ninth world it would be nice forty years to go. Here and torture – and the boss is dripping, setting an example of some lucky guy. In desperation, Manny decides to trick – intercept of one of the “easy” clients. 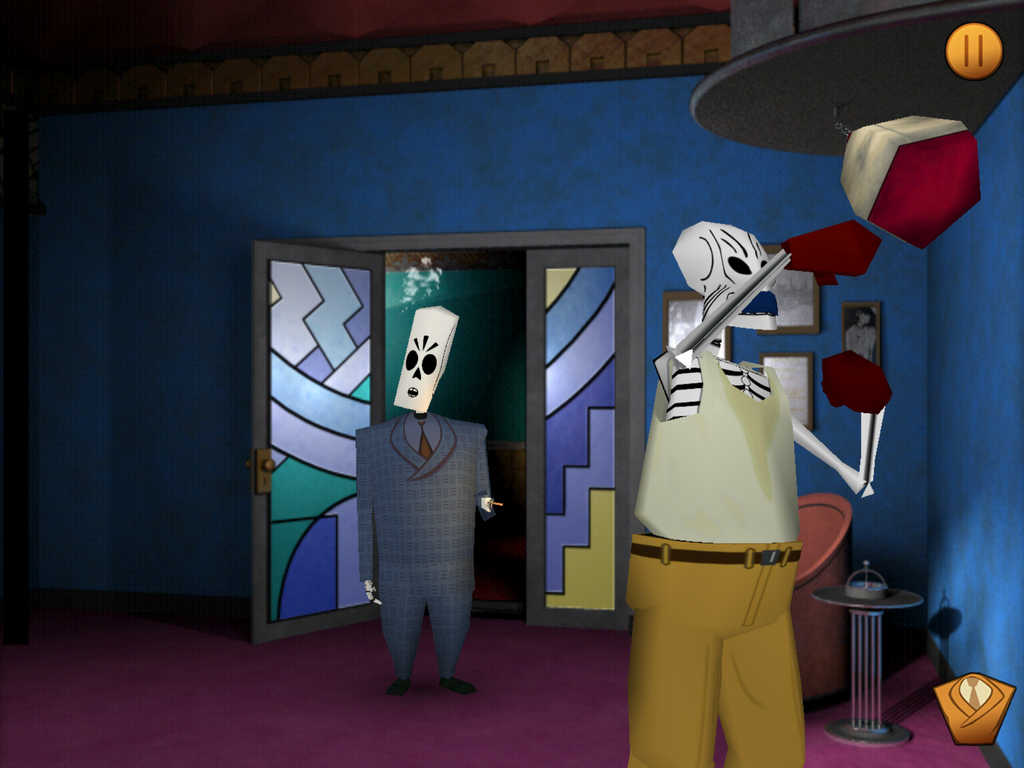 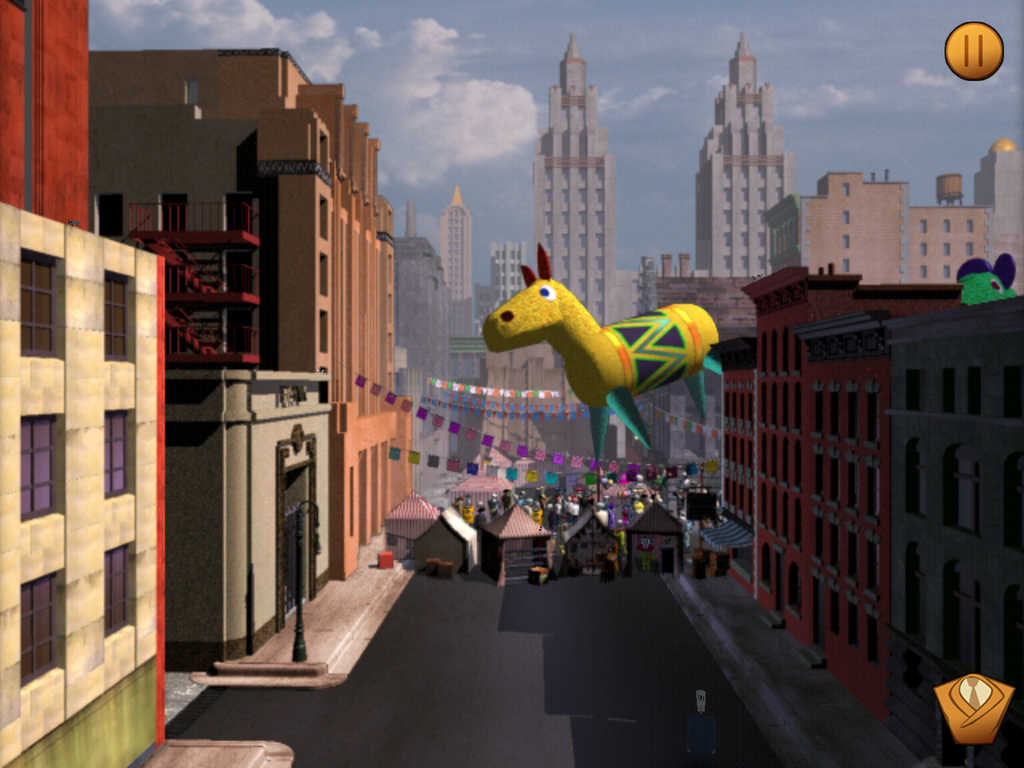 The plot of Grim Fandango as evoking a feeling of light elegies, and continues – “black” humor does not interrupt this light depression caused by the realization that Yes, we are all eternal. Especially not eternal technology: the game was released in a revolutionary (and, as it turned out, funeral for 3D quests, which, of course, affected: all angular, flattened, rough. Schedule tightened – you can even compare: one button to switch to the old version. The difference is obvious: the game has shadows, upgraded textures, and fixed the light. On the iPad the game looks decent, but old age are still unable to cover – visible, visible places senile wrinkles in the form of a clumsy character models.

Management, which nearly buried the game on the touch screen is not satisfactory – even jaleese that at the time of release Grim Fandango technologies: you see, and would have gone different. What else is new? Well, re-recorded the music with the participation of the Symphony orchestra. On every corner now the diaries of developers – you can listen to.

The game itself is, of course, not changed and it is wonderful – quests better not to touch. Puzzles are excellent to solve their current player is hard, but worth to think how everything will fall into place. But if not rise, then no problem – the first passage of Grim Fandango were written before the birth of some of you.

Grim Fandango Remastered is a great gift. This is not only a great way to indulge in nostalgia, but also to remember: all things end. And Grim Fandango, and a great era of quests, and even our life. Reminder distributed in the App Store for 599 rubles.

What Apple will reveal at WWDC 2018

According to new data from Bloomberg, at WWDC 2018 users are waiting for a fairly modest update for iOS. Nevertheless, the company surprised global changes in ARKit. The main focus of the conference will be placed on the so-called “digital health”. We are talking about set of tools which will allow iPhone and iPad users […]

Finance Minister Anton Germanovich Siluanov came to the meeting with President Vladimir Putin in hours Apple Watch. About this in his Twitter said the journalist Dmitry Smirnov. Despite the fact that in Russia, sales of smart watches Apple Watch hasn’t started yet, “gray” sellers have provided the Russians gadgets already in the first day of […]