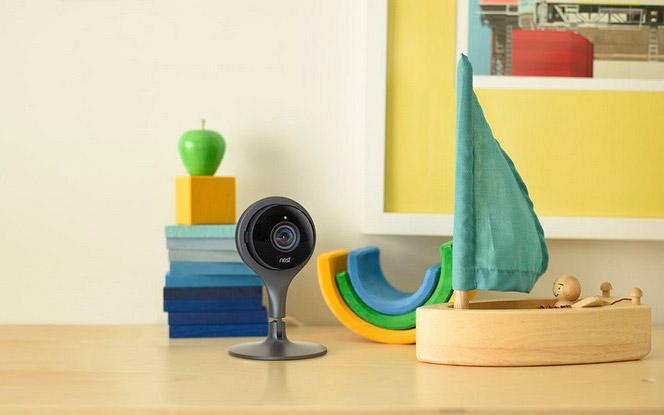 Camera Nest Cam has a sensor format 1/3 inch resolution of 3 megapixels and can record video in 1080p resolution at 30 fps. Eight infrared LEDs allow you to get a good image in the dark. Visibility reaches 130°. 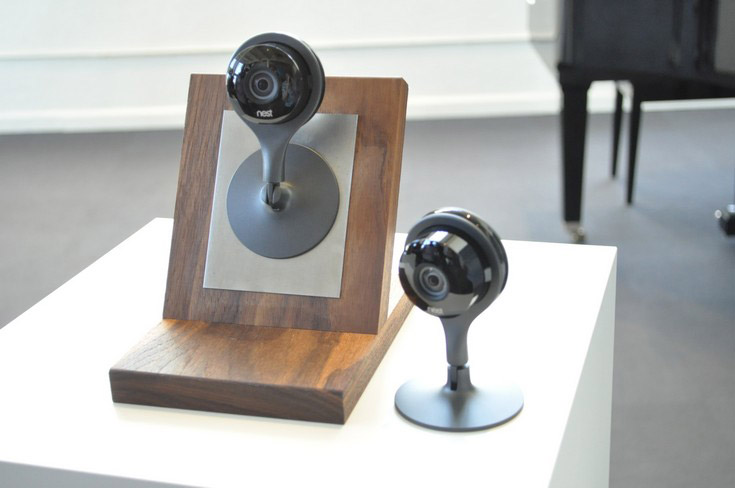 Nest Cam has a microphone and loudspeaker. To connect to your home network and uses management interfaces Wi-Fi 802.11 n and Bluetooth 4.0. At the base of the stand has a magnet for easy attaching to metal surfaces. 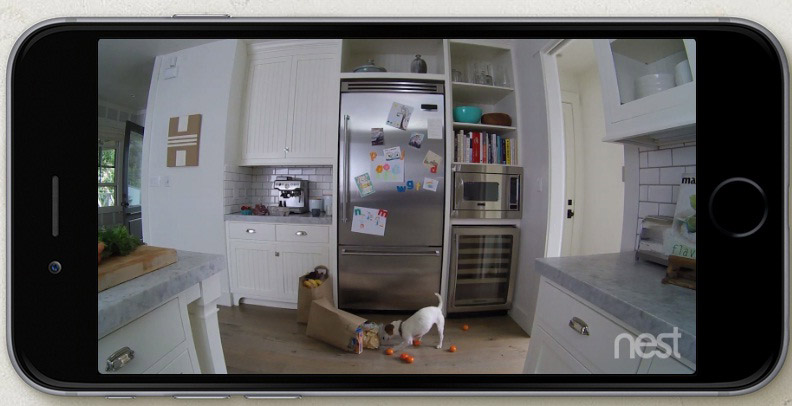 Of course, there is the ability to view recorded video or live stream on iPhone and Android devices. The new product is estimated at $200. But to complete the work have to pay for a subscription to the service Nest Aware +. For $100 a year Nest will keep your video within 10 days, and $300 per year — 30 days.

In addition to surveillance cameras, Google unveiled the second generation of the Nest Protect devices. In fact, it is an advanced smoke detector and carbon monoxide. The device has become smarter and pickier. First, the developers used different sensors than those that were the basis of the previous model. They must be better and faster to determine how fast the spreading flames and smoldering fires. Secondly, the novelty with humidity sensor not confuse steam with smoke.

As before, the device is able to inform about the dangers of an audible signal and a message on a smartphone. Has been improved and the function of Pathlight. She is that night gadget illuminates the room when someone includes. Nest claims that this function is very much to the buyers of the first generation Protect, so in the second lighting has become somewhat brighter.

The cost of Nest Protect is $100. Available modifications with power from the mains or from the elements in the format AA. It’s also worth noting that the lifetime increased from 7 to 10 years.

The resource Demonstrates introduced the concept of the iPhone 8 running iOS 11. The authors have taken into account all the leaks that were previously announced by the insiders. A new concept they call “smartphone dreams”. Graphic designers are not limited to render, and create a full video, which focused on design and interface. They […]

Is it possible snooping through off the iPhone – and whether to resist it?

To be honest, in ordinary life, the user is more useful to think not about whether his smartphone of the NSA, and what metadata is funneling through is made on the same smartphone photos. What iOS, what Android, for example, the default tag images with GPS coordinates. Understandably, after such confessions paranoia in the press […]

Apple has a new wannabe — Leagoo

It is considered that imitation is the sincerest form of flattery. At the moment the greatest smoothie Apple is Xiaomi with its Mi Phone, Mi Pad and the iOS-like shell for Android. But, it seems, another Chinese brand wants to beat Xiaomi. Recently in the network leaked pictures of the upcoming S9 Leagoo. They show […]