Mobile Google Photos app, allowing you to store photos and videos into unlimited cloud storage, took two black people in the pictures for gorillas, automatically placing images with them in an album with that title. The bug had aroused the indignation of the black programmer from Brooklyn Jackie Alsina. 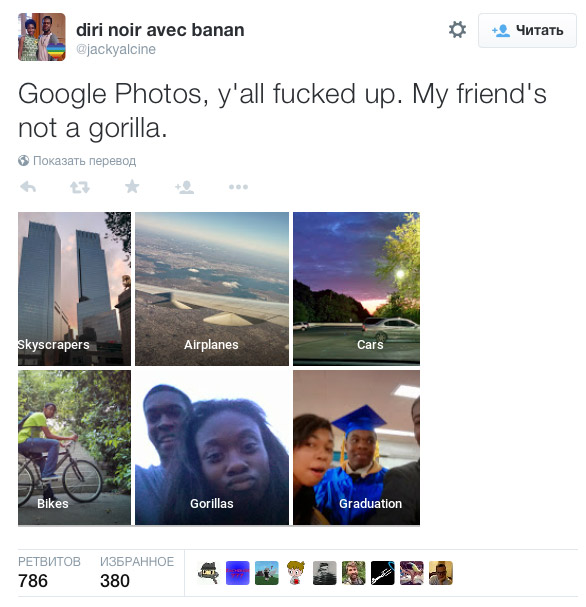 After typing in a search query string “gorilla” developer saw a series of photos with a black girlfriend. He could not hide his anger and used profanity in his message on Twitter. “Google Photos, you were a disgrace. My friends are not gorillas,” he wrote on Twitter the 21-year-old programmer-African American. He asked whether this method of finding a new audience.

Google spokesman responded in 10 minutes: he was generous to swear words surprise and promised Alsina to fix a bug in the evening of the same day. “That b***! This is not a way of finding a new audience. This is absolutely not normal,” replied the chief developer of the social network Google+ Yonatan Zunger. The problem was fixed, and soon Elkin thanked the company for it.

“We are shocked and we sincerely apologize for the incident. We immediately took steps to resolve the error, this result no longer appear. Over the technology of automatic tagging still needs a lot of work. And we seek ways to prevent similar incidents in the future,” the statement said Google. 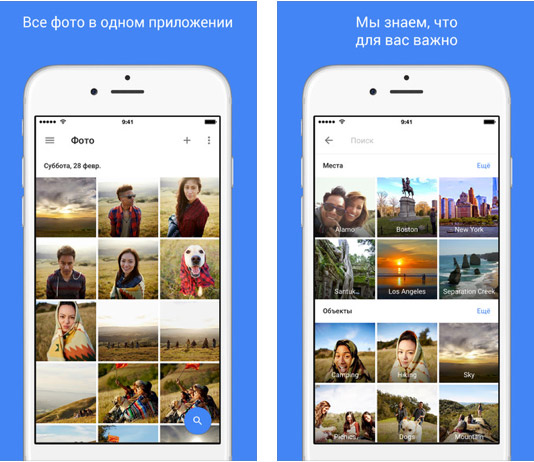 The company noted that the developers have a lot of work to bring the recognition of people, animals and objects to mind. Before the Google Photo was incorrectly assigned labels to the photographs of people of any race, mistaking them for dogs. To teach a machine the proper detection is not easy, noted in Google.

Read also:   The cost of the Apple close to the total capitalization of the five largest banks in China

Telegram got integration with other services using IFTTT

In the App Store the new version of Telegram, in which a platform support for sync services, IFTTT. As noted in a press-service of the company, users can now integrate the instant messenger with other apps such as Instagram, Twitter and Gmail. Telegram also has the opportunity to consolidate the dialogue. Using IFTTT to integrate […]

Apple has implemented in newer operating systems iOS and macOS 10 Sierra the facial recognition technology, which groups together pictures depicting people, places and objects in private albums. The company is proud of the technology and calls it “good”. Western analysts who have studied the existing methods of face recognition on the market called the […]

Apple is the most admired company by Fortune

For 11 years in a row, Apple ranks first among the most admired companies in the world by Fortune. Among other tech giants included in the top ten, you can select Amazon, Google and Microsoft. They took second, third and seventh places respectively. The rating is among 1,000 largest U.S. companies by revenue, and 500 […]