Google launched a promo video of the Android operating system, which shows two Grand pianos — the first has a whole range of sounds, and the second is the only one that occurs when you press any key. Advertising targeted at users of the iPhone, the device of the competitor compared with the paucity of playing a musical instrument, consisting of a single note. 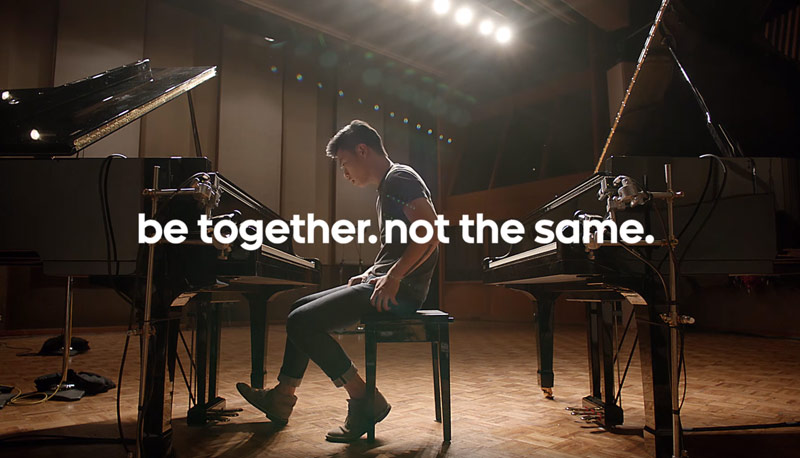 The video begins with a young man skillfully plays the “Moonlight” Sonata of Beethoven on a traditional piano, and then turns around in his chair and continues to perform the same song on the same instrument but can only play back one sound at a time. Musician alternately played on different pianos.

“The piano’s 88 keys. Each of them is different. But what if they were all the same?”, says Google.

Thus, the company decided to draw attention to the advantage of the Android platform in the form of a wide range of devices. In Google the range of smartphones Apple is compared to the poor sound of the piano, consisting of a single note. Android followers can choose from a huge number of different gadgets that are running this operating system.

To create a piano with one note, Google has gone five weeks.

Read also:   The plant YotaPhone 2 accused of Yota Devices in the deceptive

According to analysts, Apple will put about 20 million pairs of AirPods for 2017 and about 30 million in 2018. Recently, the delivery time headphones from the Apple Store has dropped to 1-3 days. Fubon Securities analyst Arthur Liao said that if the pace of supply continues, the sales of AirPods can reach 20 million […]

Rumors: the new flagship of the Samsung Galaxy S7 will be released simultaneously with the iPhone 6s

Samsung decided to change the publication schedule of key models of their smartphones, according to the Chinese resource cq.qq.com. According to available data, the launch of the Galaxy S7 was moved from the sprin Read also:   Samsung Galaxy S7 edge ahead of the iPhone 6s Plus as far as image quality in the DxOMark […]

Google wants to deprive iOS of the main advantages

Defragmentation is the major problem of Android, which it faced even before the official release in 2008. According to official statistics, in 2015 Google’s mobile OS was actively used on 1.4 billion devices, however, only a very small part of them worked on the latest version. For comparison, the latest iOS 9 is installed on […]