In the latest flagship models of Samsung smartphones has changed the approach to creating buildings. The place took plastic glass and metal. New Galaxy Note 5 is not an exception and got a case of premium materials. When you create a new phablets, the developers almost completely copied the design of the Galaxy S6, slightly increasing the size. The difference is noticeable only in the location of the camera and rounded edges of the rear end of Note 5. However, the refusal of plastics has affected the ability of smartphones from Samsung to “take a punch”. Tests PhoneBuff showed that the device takes the fall much worse than all-metal iPhone 6. 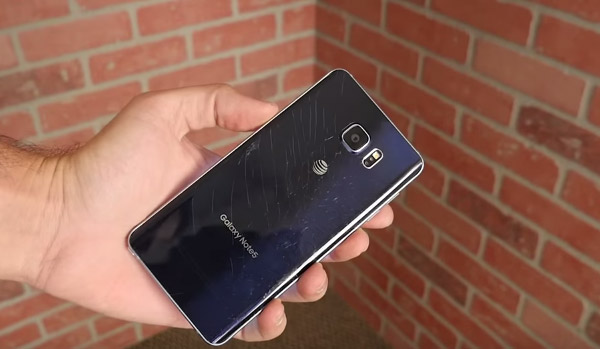 The first test is falling from a height of 1 m on the back of the smartphone. And immediately the failure: glass case Galaxy Note 5 has not stood the test and immediately covered with a spiderweb of cracks. Dropping the gadget from the same height on the face, the result was more worthy, because apart from a small deformation of aluminum and jumped out of the mounting of the stylus nothing happened. A fall from one meter to the screen proved fatal. The smartphone did not survive the fall, although the screen was still working. 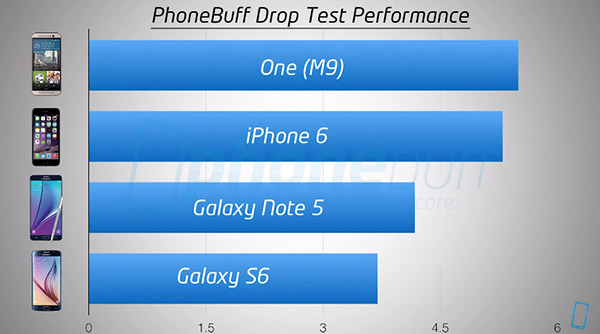 Re the fall of the Galaxy Note 5 on the rear surface of the concrete has become even more devastating is now damaged and the glass that protects the camera. In addition, the damaged and the sensor display, which is evident by not reacting to the segments in the display. The face of the smartphone, too, suffered, but functionality is not affected. But the fall on the screen even resulted in the defects of the picture.

Judging by the previous estimates of the authors, gadget inferior in strength iPhone 6. Will be interesting to see how this state of Affairs the Galaxy S6 edge+, pre-orders for which Samsung has opened yesterday in Russia. Crash tests of Galaxy Note 5 less urgent for Russian users, as the device will not be officially sold in our country.

The seller Timati in Moscow stole iPhone 6s from the unemployed

In the capital, arrested a man suspected of stealing iPhone 6s at the unemployed native of Chechnya. On Tuesday, July 26, the Agency “Moscow” has informed a source in law enforcement bodies. On 25 July the victim complained to the police and told them that he was sitting on a bench near the house on […]

10 iOS apps, which Android users can only dream of

The eternal debate among fans of the two operating systems iOS and Android, probably will never cease. One likes stability and security first, other – flexible and open architecture of the second, and everyone wants to defend their point of view. For many, the main argument in favor of Android is the lack of functions […]

“You deserve better”: Microsoft has offered to exchange the MacBook for Surface Book

Microsoft has repeatedly mocked the MacBook and iPad on their presentations and promotional videos, promoting devices running Windows 10. Now in Redmond decided to go with the other hand – the software giant has launched a trade-in program for users of MacBook and iPad. Microsoft announced a promotion in which MacBook owners can get a […]