Within six hours of the Russian futurist Danila Medvedev at a lecture at the Kazan Federal University argued the thesis that Apple’s founder Steve jobs has deceived mankind, according to the resource “It Online”. 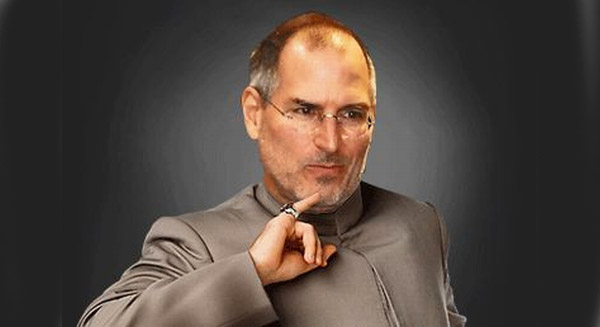 Not so easy to find a person in the world who would doubt that Steve jobs and bill gates are benefactors of mankind. After this they invented the computer world in which we want it or not, all live. This world comes strongly to the remnants of the old, pre-computer world — covers typography, eliminates newsstands, replaces the school notebooks, calculators, and tablets. We used to use e-mail and going for a response to any question in Google or Yandex. However, futurist Danila Medvedev doubt that the pleasure brought by computer world, so large. Steve jobs lied to us, he said.

Medvedev began with an experiment which required the table, two pieces of paper, two pencils, construction bricks and two girls. They both had to write the same phrase “capacity building is, in fact, the question of the organization”, but a pencil is one of them duct-taped masking tape brick. The experiment ended expected: the girl without bricks easily coped with the task, while the other, tough, never made it to the end, breaking the pencil.

“Exactly so,” said Medvedev, demonstrating a brick taped to it with a pencil, we use computers”. Then showed on the screen of the presentation of the portrait of Steve jobs and declared him an enemy of mankind, who, no doubt, although he was motivated by good intentions, however, led us straight into computer hell. “Who on your phone or tablet quickly opens the Facebook?” — Medvedev inquired, and received a few answers that Yes, quickly opens without any problems. But futurist disappoint the lucky ones. “Fast is 50 milliseconds”, — he explained. In his view, the program should work for the time comparable with the passage of nerve impulses from your finger to the brain and back. Everything is slower, is the destruction of consciousness, because it violates the usual causation.

Imagine, Medvedev explained that you pull the handle of the door, and it opens with a delay — once in half a minute, other times a minute, the third one actually knows when. Or handle detached from the door and remains in your hands. Or flies away somewhere. And the door that doesn’t open at all, it opens spontaneously, whenever I want, and it is impossible to establish any patterns. This is the destruction of the world, and along with it — not only of consciousness but of the instincts, because it is impossible to exist in a world where the consequence of simple actions unpredictable. It turns out that the computer world has forced us to live constantly in an altered state of consciousness, says Medvedev. 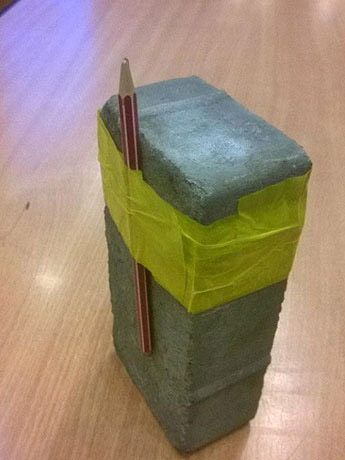 “What is operating system? It’s no more than an auxiliary program that provides human interaction with the computer. It should not generally be seen as we do not see the compressor, hidden on the other side of the fridge. However, in the current computer world, she seized power. it occupies space in memory and on disk more than necessary, it absorbs the lion’s share of system resources. She even became the object of worship. Millions of people are enthusiastic eagerly anticipate the next version of Windows, OS X, Linux…,” says futurist. From his point, between the OS and their countless versions there is no fundamental difference — the same apples, but in profile. It is the same brick, hung on a pencil.

According to Medvedev, the way to brick on the pencil paved Steve jobs, who decided to make the computer a household device that is as easy to learn as a toaster or microwave. Besides, he was a fan of design and incredibly self-confident type, who believed that only he has the right to determine what users need and what is not. As a result appeared “Apple” device is non-expandable, non-repairable and, until relatively recently, only compatible with itself. “The same brick on the pencil,” said he.

The actions of Apple and Microsoft show a complete lack of understanding of the purpose for which you created the computer and the tasks that can be solved, says the futurist. Accordingly, neither those, nor others do not have any strategy, and they have long been chewing the same gum that has long time to spit out, only weighing bricks on the pencil.

And really, Windows has not fundamentally changed since 1995, and OS X since 2001. The power of computers has increased enormously (current smartphone is more powerful than all the computers put together, counting the flight of “Apollo” on the moon), the graphics quality close to the film, the sound was crystal clear and indistinguishable from the natural, but its main goal of strengthening the human intellect — as the computer was not able to solve 50 years ago, not now.

Qualcomm Snapdragon 820 is inferior to Apple A9 in performance tests

New flagship Snapdragon 820, Qualcomm will use custom cores based on 64‑bit architecture Kryo. As shown by tests, this chipset is unlikely to be a leader next year: it is inferior performance-A9 processor, Apple presented the iPhone 6s. After the scandal with Snapdragon 810 Qualcomm has made every effort not to repeat such mistakes with […]

5 hidden functions of iPhone that you might not know

Many users believe that you know absolutely everything about the iPhone. However, iOS develops and becomes with the years more and more complex platform, so you can always learn something new. Close all Safari tabs People often complain about the inability to close all tabs in Safari with one click, but not many people know […]

Rumors: Samsung Galaxy S8 will get a function that is not on any iPhone

About the smartphone Samsung Galaxy S8 published already a lot of rumors. As announced on Tuesday a resource ETNews, the new South Korean flagship will get a function that is not on any iPhone. New high-end Samsung needs to get the front camera with support for autofocus. This is not new for the market, but […]