Facebook very seriously approached the process of testing its mobile apps, reports The Verge. In order to verify the reliability of Facebook Messenger, WhatsApp, Instagram, she uses 2000 test smartphones. 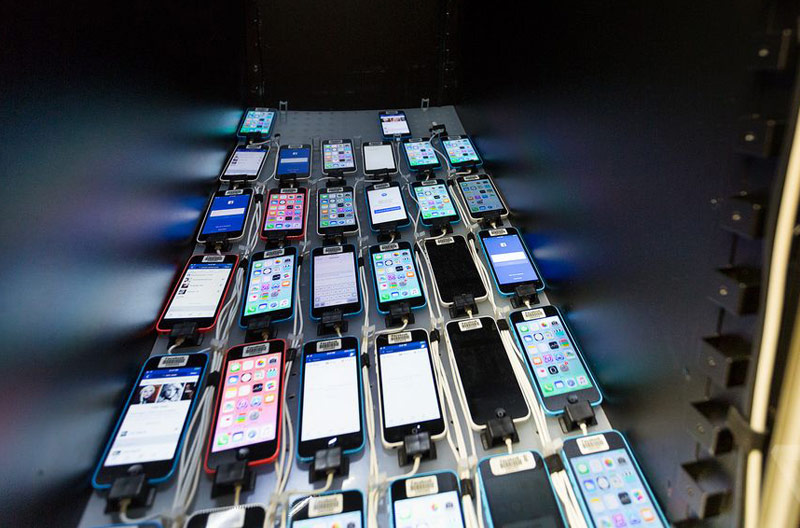 In the territory of one of the data centers Facebook, extending to the hills of the city of Prineville in Oregon, a number of the 60 server cabinets. Each of them is for 32 smartphone running iOS and Android, are running a different version of one of the many mobile applications Facebook. Racks are placed in special server racks that are equipped with Autonomous power supply, Wi-Fi and fully isolated from the external environment.

To test each update, the company uses its own program CT-Scan. It starts with a Mac for iPhone and the Open Compute Project Leopard for Android. The software checks each line of new code written by engineers and determines how this affects the memory usage of an application gadget, the smooth scrolling of the ribbon, and power consumption. 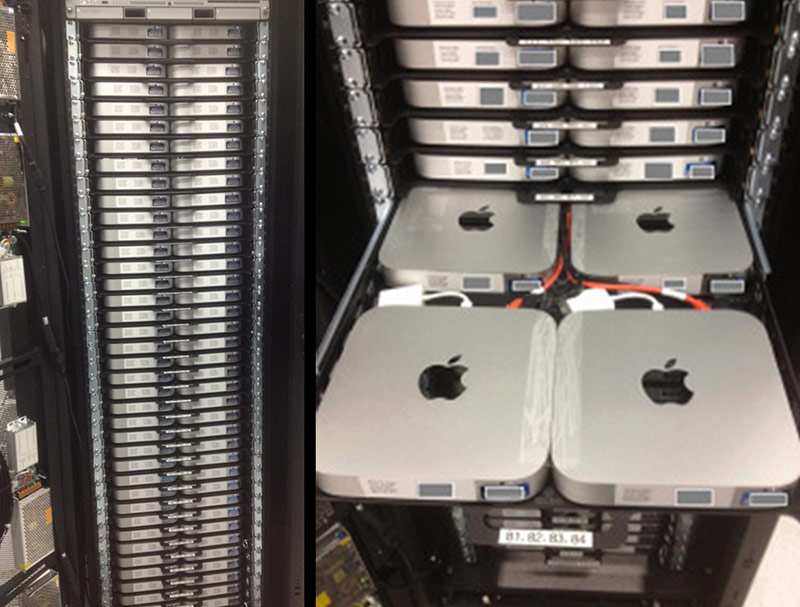 For a large black metal door of the Cabinet are 32 iPhone 5c, all running a particular type of tests: one scroll the news feed, the other checks the delay of the reaction and the energy consumption in different operations, the third reboot to return to original state and continue the tests.

Each row in the server consists of more than a dozen cabinets, some of which are filled with devices times iPhone 4 and others more like the new Nexus 5s. In total, Facebook uses nearly 2,000 phones. The company calls this room the “Laboratory devices. 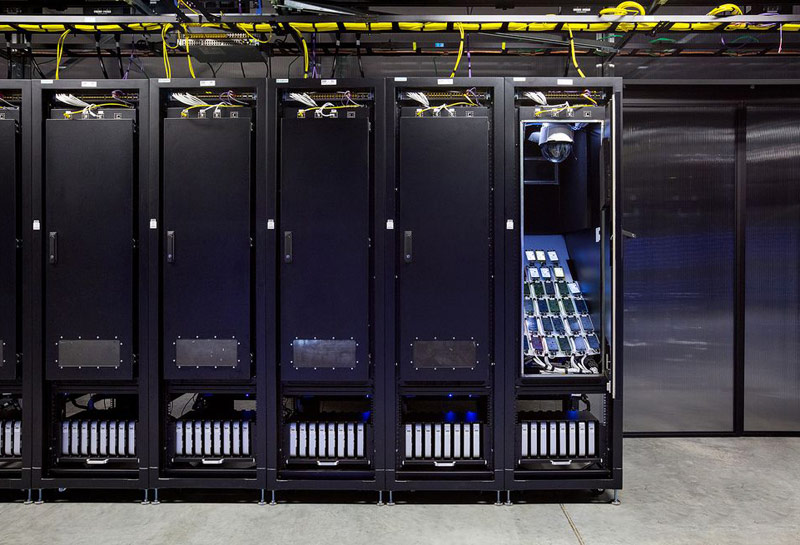 To quickly release updates for each app and Facebook for every phone, the team uses eight computers Mac Mini to manage the shelves with iOS and four OCP server Leopard on Linux for Android phones. Each server is connected with the same number of phones, and each rack has its own network of Wi-Fi. The phones are mounted on a perforated panel, and with the help of installed cameras developers can lead capture screens and record everything that happens with every build of the application during its installation, testing and removal. 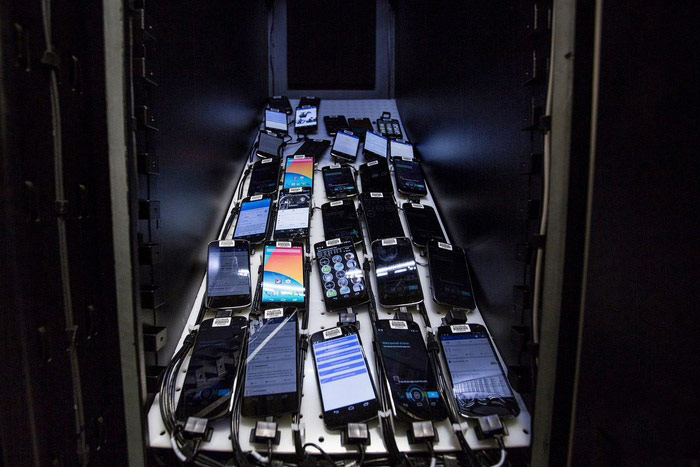 All this is done in order to identify the impact of even the most minor of code changes on performance and duration of the smartphone. Thanks to the efforts of this laboratory, published two or three years ago, or people from developing countries who have bought an entry level model, can afford to keep the Facebook app on the home screen.

In addition to automated testing, professionals Facebook experience app “manually” to eliminate any chance of failure in their work.

In the near future, Facebook intends to change the design and functionality stands to increase the number of smartphones inside each from 32 to 64.

The production of each iPhone costs Apple X 357 $

Edition TechInsights tried to figure out what is the high cost of the new flagship of Apple and is why the gross profit from the sale is higher than from the iPhone 8. On sale November 3, 2017, X iPhone became the most expensive Apple smartphone ever presented. Its retail price starts at $ 999, […]

Unlike many other Apple closely associated with only one person — Steve jobs. That is, jobs turned the “Apple” of the firm into the most expensive technology company in the world. But he didn’t do it alone. In the review from iGate collected information about the first 10 Apple employees: their contribution to the company […]