After upgrade operating system to iOS 9 users drew attention to the improvement of operating time without recharging. The experts at Ars Technica, who have studied this question, and confirmed that most of the gadgets on the new platform runs longer than with iOS 8.4.1. 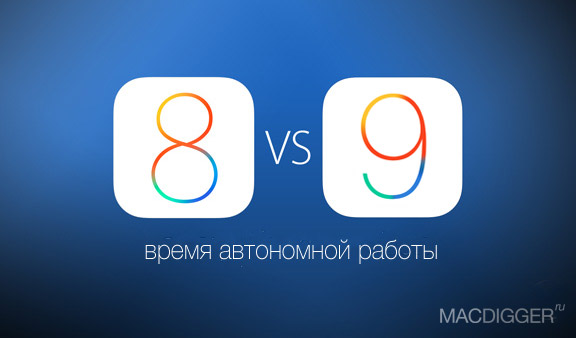 The final version of iOS 9 came out on September 16. In the changelog of the new operating system announced improved autonomy. Apple claims that the battery life of mobile devices increased by one hour. In this case, the function for detecting the inverted position allows you to disable notifications when the device is not used, and a new power saving mode to extend battery life up to 3 hours.

Although for most users the speed at which a discharge device to iOS 8, not dramatic, improvements in this area cannot be called excessive.

Tests ArsTechnica confirmed that most of the gadgets on iOS 9 is really “live” longer than on iOS 8.4.1. Although not as much as claimed by Apple. For example, while surfing on the iPad 2 has increased from 399 to 409 minutes. Improved iPad Air 2 was 3 minutes – 507 504 instead of minutes, and for iPad mini 2 – 487 483 instead of minutes. Benefited the owners of the first iPad mini. The indicator of autonomy he has grown more than 20 minutes – 508 instead of 487 minutes. 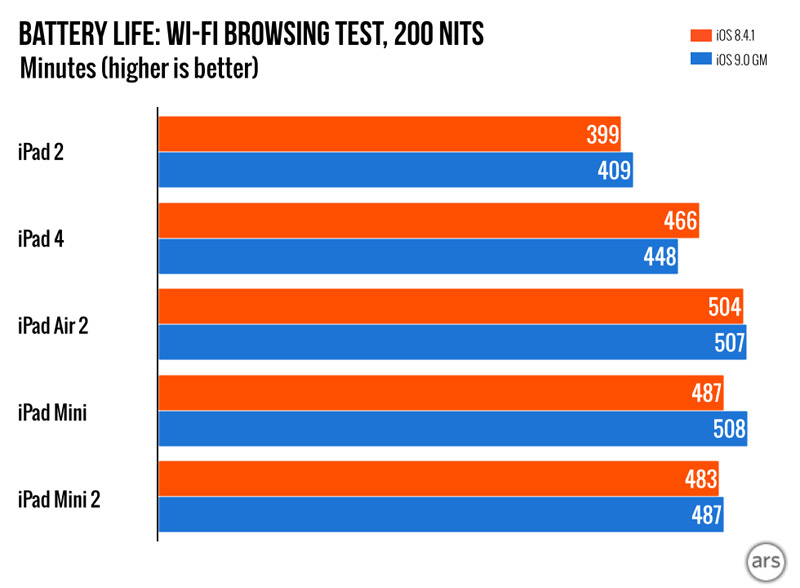 It is worth noting that users of iOS 9 yet complain of abnormal battery drain. But note that the OS is characteristic of “departures” from the home screen, from third-party applications. On some devices, “nine” is slower than on iOS 8.4.1.

KGI: 5 to 7 million Android users will be transferred to the iPhone 7 due to failure of the Galaxy Note 7

To history with an exploding Samsung Galaxy Note 7 analysts hoped that before the end of the year the South Korean company will sell about 12 million flagship smartphones. But these plans went to pieces, and eventually Samsung was forced finally to discontinue the sale of new items. As you know, a Holy place is […]

Company Xiaomi unveiled a new model smartwatch Weloop Hey 3S, the distinctive feature of which is an impressive operation time without recharging and is waterproof to a depth of 50 meters. The novelty weighs only 38 grams and is equipped with a fairly capacious battery, allowing the wearable gadget can operate without recharging for up […]