Thematic blog 9to5Mac posted a photo of the motherboard of the new smartphone iPhone 6s. Extended Network images source simultaneously confirmed some specifications of the upcoming smartphone. That said the insiders, was a revelation: Apple will retain the form factor of the iPhone and will endow the device with support for new interfaces. 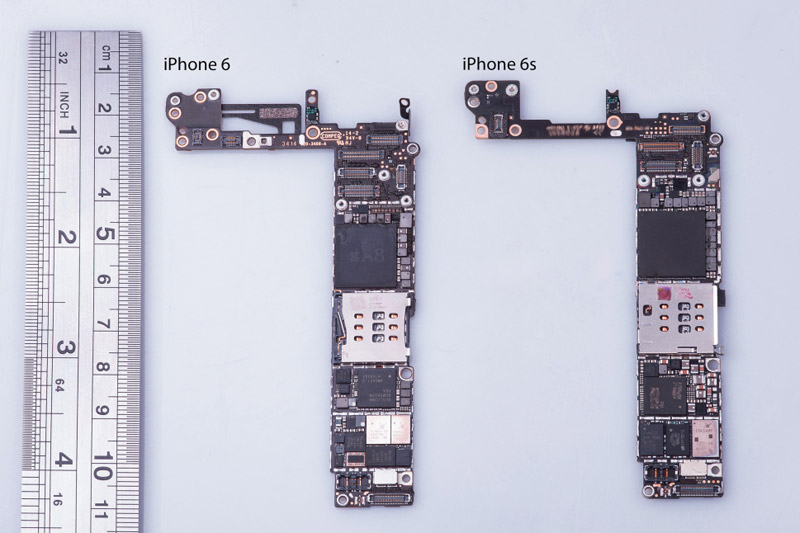 On the published photograph depicts a printed circuit Board iPhone 6, which is substantially different in form and arrangement of parts from those iPhone 6 component. In particular, it is more compact and contains less chips. In one section, where previously housed 10 components, now there are only three. Apple escalates layout, unites the modules with the aim to make “stuffing” more energy efficient and increase the battery life of the smartphone.

One of the new components of the main Board is the NFC chip from NXP model 66VP2. According to Chipworks, this is a more advanced modification NXP 65V10 used in iPhone 6. According to experts, unlike the previous version, it includes a secure processor. What changes at the program level will entail integration of the chip, is still unknown. NFC module first appeared in the iPhone last year as an element of Apple Pay service.

Presented images instance equipped flash drive Toshiba 16GB. Earlier it was rumored that Apple may abandon the iPhone with the same amount of memory, increasing the minimum threshold to 32 GB. Fee in the pictures belongs to test the prototype of the iPhone 6s, and in the final version Apple can really abandon the 16-Gigabyte modules, experts say.

The pictures confirmed that the iPhone 6s will have a Qualcomm chip MDM9635M (Gobi 9×35), which, in comparison with the modem Gobi 9×25 installed in the iPhone 6 and iPhone 6 Plus capable of twice as fast to load the data from the LTE network. This modem supports a theoretical maximum download speed LTE 300 Mbps (Cat. 6) against 150 Mbps (Cat. 4) the current generation of iPhone. The speed of data transfer from the operator to the user will still be limited to 50 Mbps, but in reality it can reach and 225 Mbps depending on the performance of the cellular network. 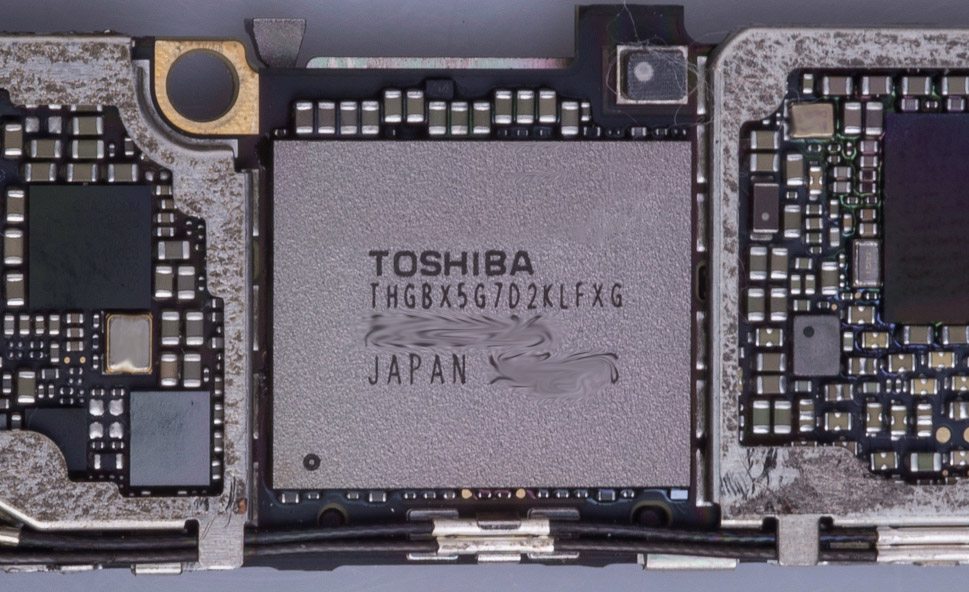 In addition to the increased speed, the Gobi 9×35 differs from its predecessor higher efficiency due to the use of more “subtle” process 20 nm vs 28 nm in the Gobi 9×25.

Overall the motherboard in the iPhone 6s slimmer and more compact than the iPhone 6, which leaves a little extra space to use more capacious battery. Taking into account energy saving features in iOS 9, we can assume that Apple has decided to thoroughly do increase battery life iPhone.

An American named Steven Barnes has spent more than $ 2 million (about 130 million rubles) in the game Modern War for iOS. 59-year-old resident of Houston, who owns a hardware store, is the leader of one of the clans in the game. Thanks to this player managed to organize a large-scale boycott of the […]

At the beginning of the month, the company Movado has told about the plans to release its own smart watch running Android Wear 2.0. And now an official announcement of novelties called Connect. Series of smart watches Movado Connect will consist of five models aimed at representatives of a strong half of mankind. The device […]

Designers and developers redraw the popular app for iPhone 8

Designers and developers redraw the popular app-based iPhone 8, found in the HomePod firmware. Designer Maxim Petrov tried to rethink the popular app such as Instagram, Twitter and Spotify. How some of your fav apps might look like on the iPhone 8. #iPhone8 #ui. Based on info leaked by @stroughtonsmith @Spotify @instagram @twitter pic.twitter.com/9511Haj0Fh — […]