Russia is not ready to produce mobile phones, which could become competitors to the iPhone and other top smartphones foreign. This was reported TASS the member of expert group of Agency of strategic initiatives (ASI) on Sverdlovsk area Alexander Trachtenberg. 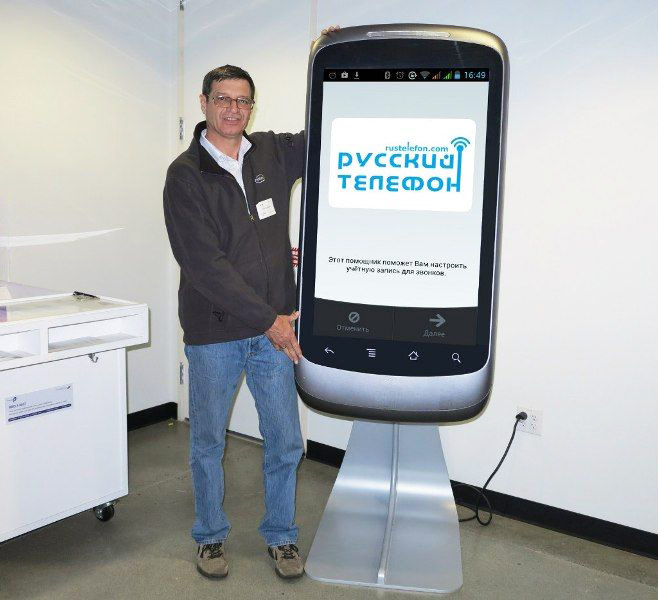 “Most likely, Russia will not produce mobile phones, which will replace all foreign products. The reason is simple: now Russia, and the USSR belongs to the group “And” production of goods (industrial supplies). Mobile phones also belong to the group “B” to the goods”, – he explained.

According to experts, the artificial stimulation of production of these goods will likely lead to “a waste of wasted money.” “Start making cell phones here is suicide, especially with the lack of resources, which was not in the USSR. You should choose those industries where we can come forward not only at the Federal level, but also globally”, – said the expert.

According to the head of the company “Financial-analytical solution” by Sergey Martyanov, another problem in the production of smartphones in Russia is unclear the market. “The Soviet brand (quality) is gone, the Russian has not yet appeared. To buy Russian cell phones at once in large quantities and the manufacture of small parties will be expensive, that will affect price. To expand the market we need to promote our technology abroad,” he said.

Martyanov has explained that the promotion of the Russian information technologies in the West is only possible by localizing the production and purchase of Western companies. “For example, when the company “1C” went on the German market, it has invested large sums of money, but did not succeed. But, buying a local company for less money, she was able to promote their products through it,” he added.

Read also:   Tim cook: US will lose in the technology race due to gender inequality

Martyanov said that for the promotion of Russian IT products also should invest “considerable amounts of money in marketing”, as does Apple.

Who just did the heroes match3 games – there were gems and crystals, and smiles, and lollipops. It seemed there was only balls – though as it wasn’t: here, the game Ballony Land – about balls and balloons. The plot is extremely simple: before you playing field filled with balls. They, as usual, assorted colors: […]

3 main reasons why iOS is better than Android

iOS is the most secure of the modern mobile operating system. Experts Xaker, examining six popular software platforms on the market, called the main advantages of the Apple product. Security is a comprehensive solution covering all facets of the use of the gadget from the communications and application isolation to low-level protection and data encryption. […]

Apple released iOS 11.2.5, which was bug fixes and a critical vulnerability Meltdown and the Spectre. This could lead to a significant reduction in performance of iPhone and iPad. Channel iAppleBytes is checked. Experts believed that after correcting errors in the processor speed of the devices will fall by 25-30%. Because of the possible slowing […]