GoPro rolled out the eighth iteration of its Hero Black action camera.

The main innovation directly in the camera itself is the improved stabilization of HyperSmooth 2.0 in all modes. And this is with a bit rate of 100 Mbps! But that's not all. In fact, the camera has become better on all fronts.

The maximum slow motion video is shot at 240 fps at Full HD. Also improved broadcasts. Now they are available in Full HD! 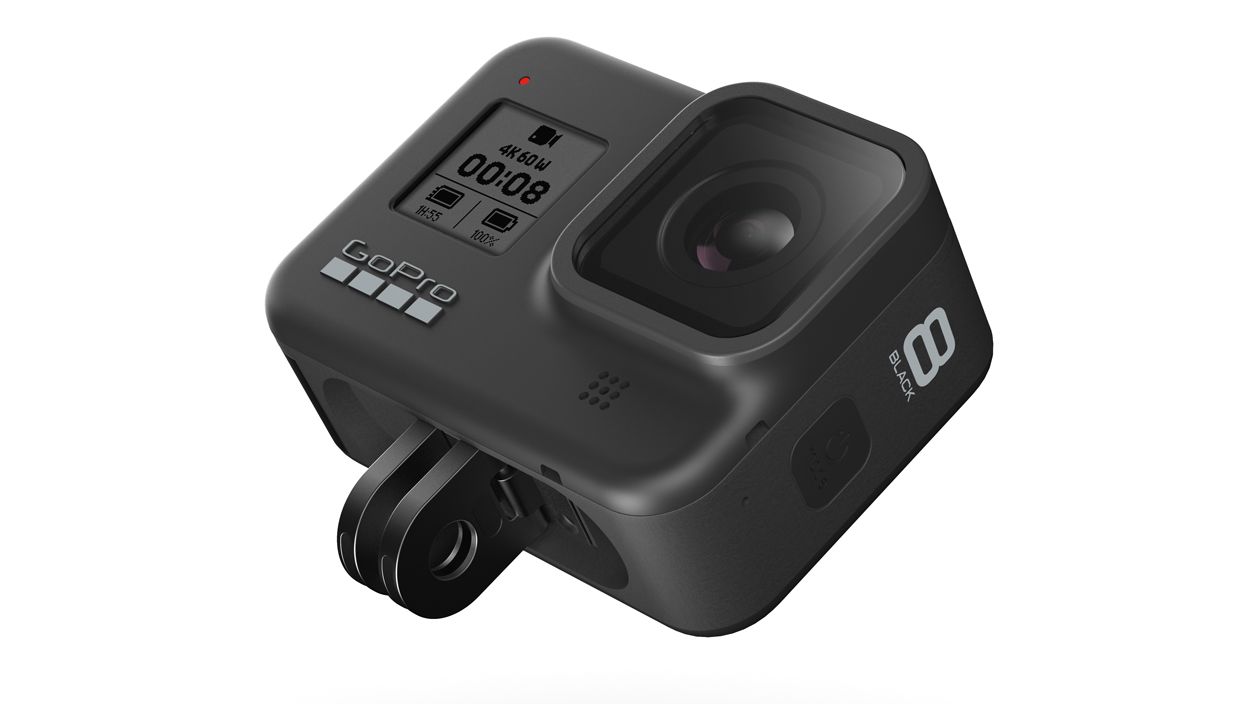 GoPro claims that the glass covering the lens has become significantly stronger compared to Hero 7. A useful feature for an action camera.

However, a large role is played by different accessories. And their GoPro also updated. For example, the Media Mod case for $ 79: 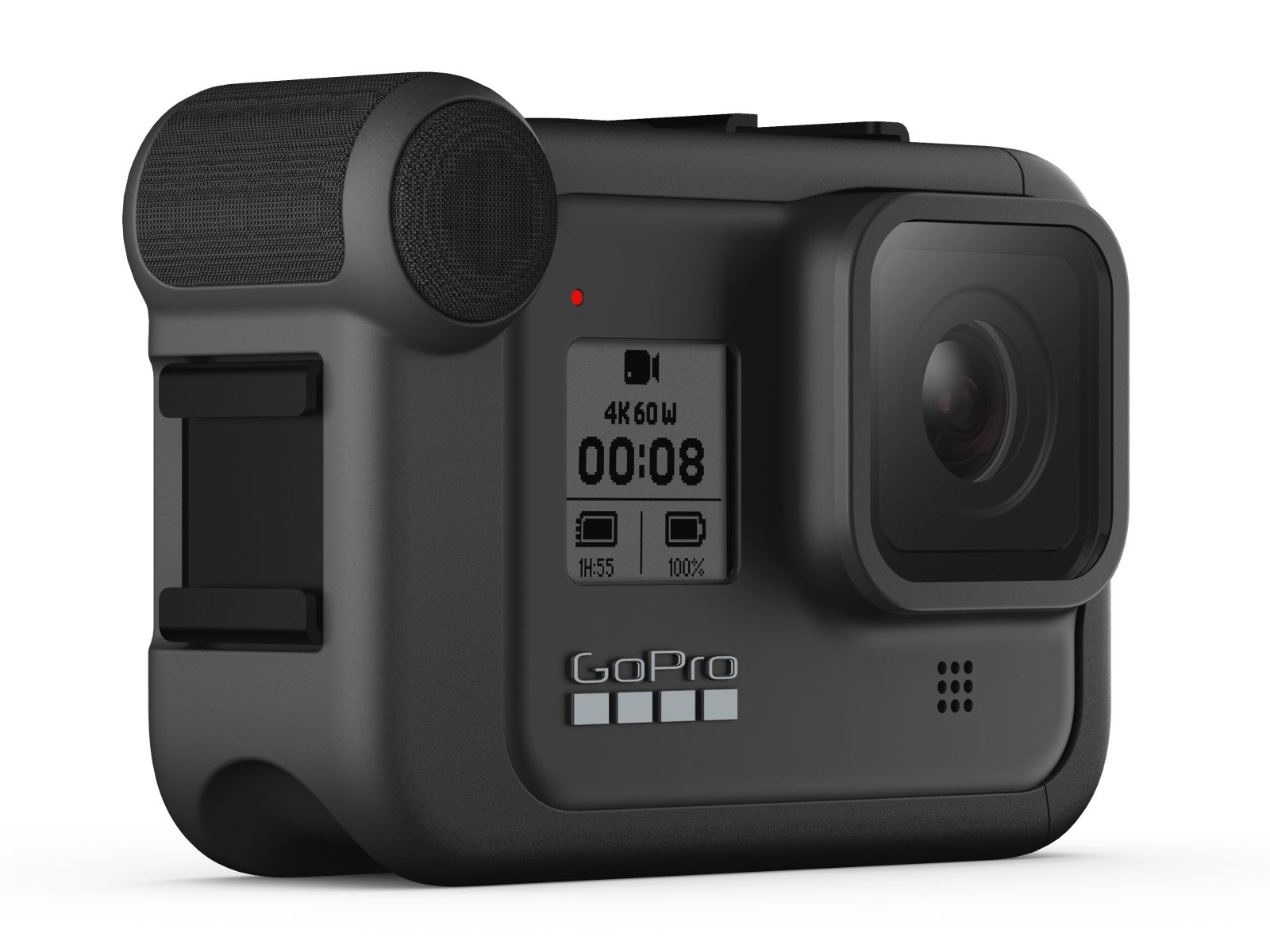 There is a built-in microphone, as well as a set of mounts to which you can attach other accessories. For example, a flash or a screen for vloggers: 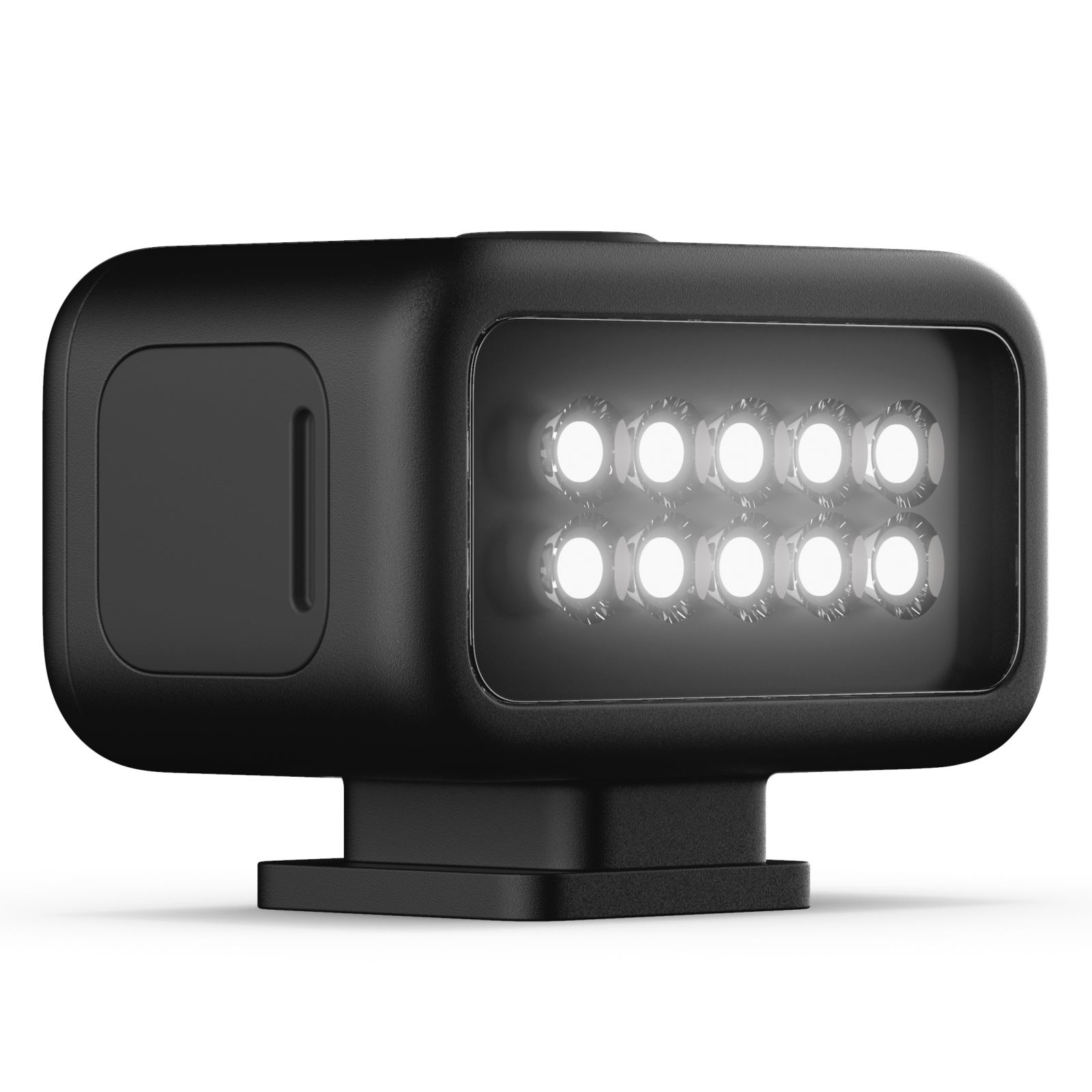 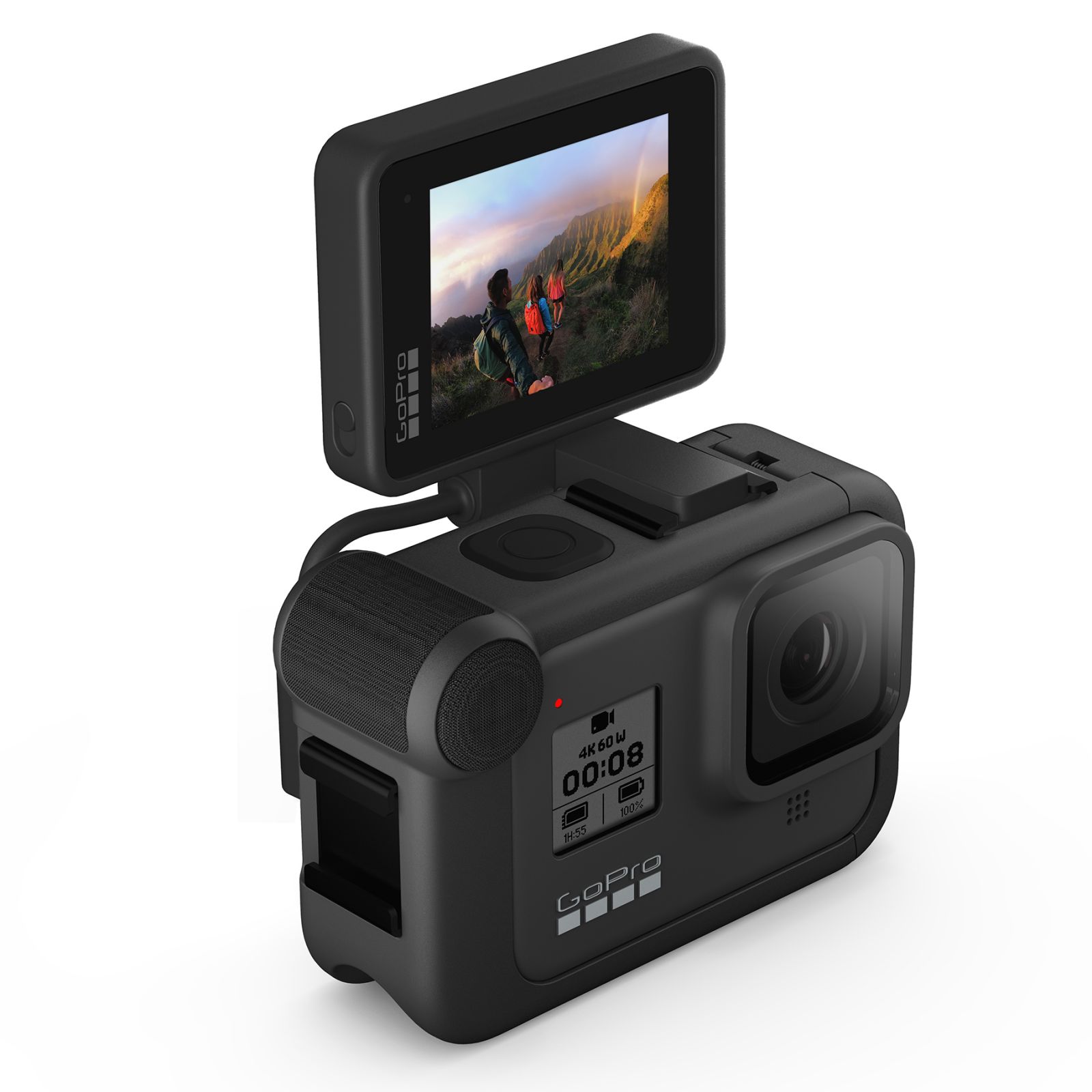 1.9 inch display. Can be placed on the back or for a selfie

Ultimately, you can collect the monster from the cover of this text. We have already discussed this issue and decided that we do not really need a flash, but the external screen and Media Mod are cool things. Our uncle Zhenya has already pre-ordered Hero 8 Black along with these accessories.

The camera in the United States will go on sale on October 15. The price is $ 400. Officially in Russia, it will appear only by the end of November for 34,990 rubles. The local Russian price for accessories is still unknown.

Let's be honest: nobody needs a 360 ° video. The idea of ​​shooting something and then making the viewer choose the angle himself was very strange.

Now, GoPro has reinvented this format. The concept of this format was approached by the content maker. Now, at the production stage, the angle is selected and what exactly will be shown to the user. It just looks like a plague:

The meaning of such videos and what to do with them immediately becomes clear.

The maximum resolution of pictures is 16.6 megapixels. The camera also received a color display. 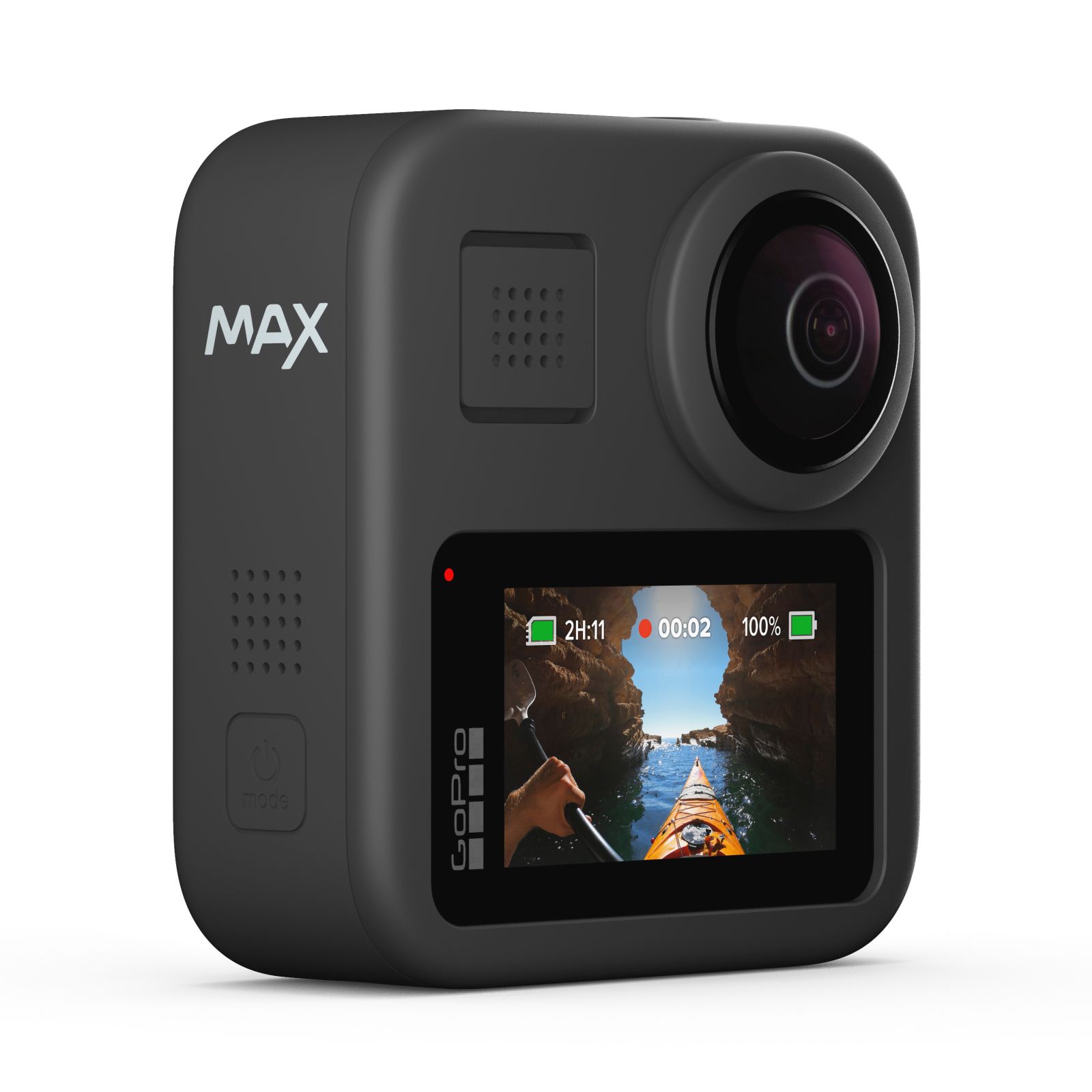 Bendable smartphone Samsung will be presented in 2018

iMac with 23-inch display will be shown this year

The design of iMac monoblocks has long been in need of updating. No, they still look chic and wonderful complement any workplace, but what a huge frame the iMac has! It is especially painful to look at them after thin and identical frames of Pro Display XDR. According to insiders, in the third or fourth […]