Apple on Tuesday released a full list of participants of the music Apple Music festival, which will take place in London in September. Returning to the UK for the ninth consecutive year, the festival will include several dozens of concerts. 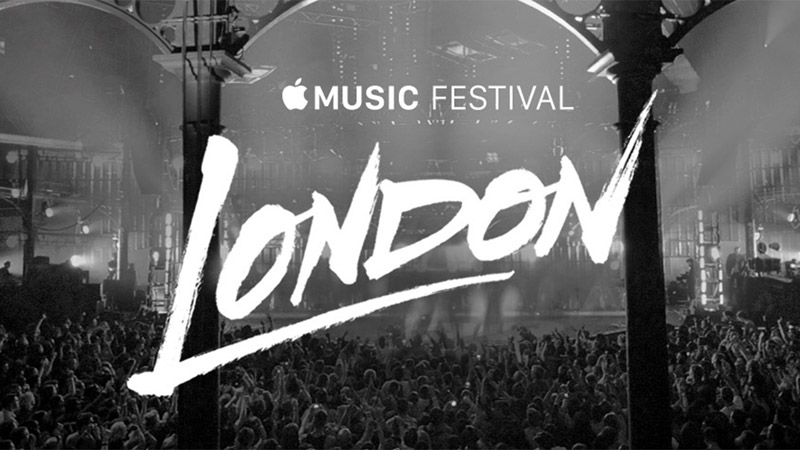 Apple holds a music event in the UK capital every year since 2007, and with the participation of such musical monsters as Amy Winehouse, Elton John, Coldplay, Justin Timberlake and Paul McCartney. The festival kicks off on 19 September at the legendary Roundhouse venue. The British singer and songwriter Ellie Goulding had the honor to open the Apple Music Festival.

Just at the festival this year claimed more than 50 artists, including Pharrell Williams, David Guetta, Chrissie Hynde and others are well known, and most importantly popular in iTunes, musicians.

“Since 2007, the festival is one of the most exciting events in the world of music. Every evening beginning artists perform live on one platform with the veterans of the scene. Thanks to this unusual composition of the participants of the concerts are truly unforgettable.”

Apple Music festival free tickets are distributed only among the winners of the competitions which are monitored users igadzhetov. In the UK the tickets, fans can win through the iTunes store, as well as through a number of media partners.

Apple for eight years spent in London iTunes festival. The event was renamed to the launch of the Apple Music service.

The company will release a special app that allows every user of iPhone, iPad and iPod touch will be able to see the concert show musicians via the Internet. The program will also provide information about the participants of the festival, schedule of concerts and will give the opportunity to participate in the drawing of tickets for the performances by popular artists.

In the beginning of 2016, some iPhone owners complained that after installing the update their gadgets stopped working. On the screen appeared “error 53”. As it turned out, the problem occurred while updating and restoring devices in which the fingerprint scanner Touch ID was damaged and replaced at an unauthorized service center. As it turns […]

There is no bad weather, but you must be prepared for all its manifestations. The app, which will be discussed today, will help in this. OWeather – weather app for the discerning user who wants to obtain the maximum amount of information about the weather. Here you will find not only the temperature and the […]

10.3.3 iOS: why you should update your iPhone and iPad right now

Wednesday, July 19, Apple released an update for iPhone and iPad. In iOS 10.3.3 in addition to improve performance and eliminate bugs were closed a dangerous vulnerability that allows attackers to remotely steal information and execute arbitrary code on a mobile device. Apple has released an update, which is recommended to install for every user […]