Apple is positioning the iPad Pro not only as a solution for office workers, but also as a tool for working with graphics. It was created specifically for the digital pen Apple Pencil, which is focused on professional designers and artists. Not surprisingly, the creators of the photo editor Astropad hurried to release a new version of the app for a 12.9-inch “tablets” Apple. The app is allegedly able to turn the new iPad into a graphics tablet for Mac. 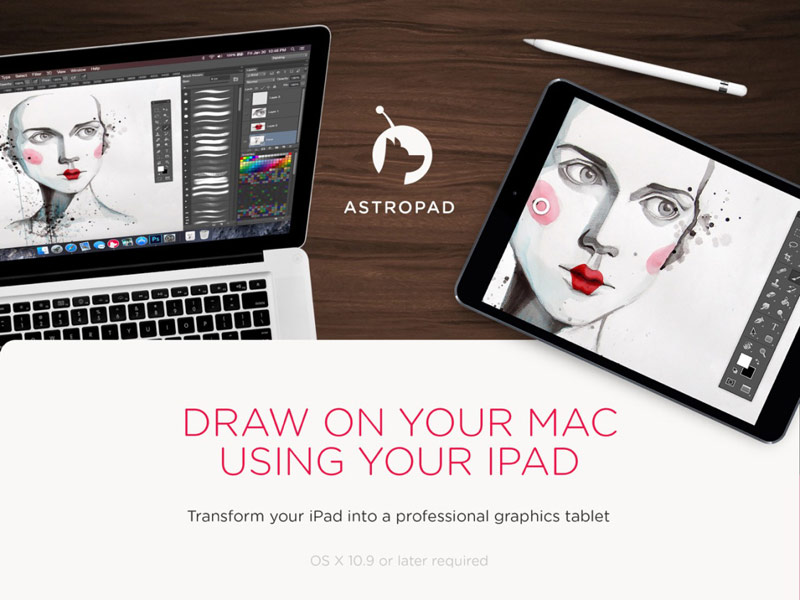 The program combines work Astropad Apple Pencil on the surface of the iPad Pro and graphics editor on the computer. Supports such popular graphic editors like Adobe Photoshop and Pixelmator. The display is updated at 60 frames per second. 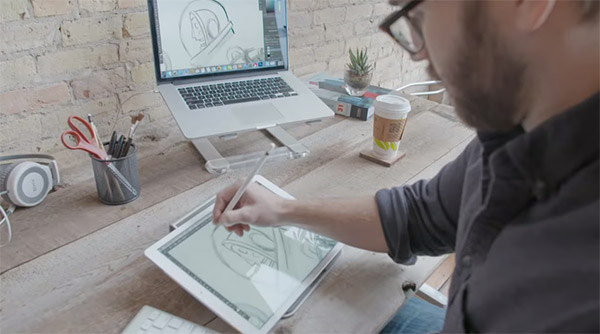 Astropad enables you not only to draw and paint on the iPad Pro, but also to follow this process on the Mac screen via a special companion app. In this case connect to the tablet can be arranged as a wired and wireless interface, which has a positive effect on the response. A graphical program fully recognizes the angle and force of pressing Apple Pencil.

According to the developers of the product, updated Astropad enables you to go to the next step in digital creativity thanks to the wireless connectivity, advanced multi-touch input and pen technology Apple.

Download Graphics Tablet Astropad for iPad from the App Store. The app will cost 1190 rubles.

Android users have multiple flaws in the operating system. The most common mobile OS is present on hundreds of millions of devices, but is less stable and reliable than iOS. On the other hand, after the release of iPhone 7 many get the idea to change the platform, the list of innovations for it: amazing […]

The new mobile operating system that will be developed in Russia on the territory of Innopolis, should come to replace the popular iOS and Android and aims to export. This was stated by Minister of communications and mass communications of the Russian Federation Nikolay Nikiforov. “Many of the media came out with headlines that the […]

Apple will patch the exploit chaiOS next week

Last week it became known about a new iOS vulnerability that is associated with the iMessage service. With this an attacker can breach a single message to cause malfunction of the iPhone, iPad or Mac. Moreover, the exploit doesn’t even need to open and read the message. The error was discovered by developer Abraham Masri […]