April 2 is celebrated annually as the world day of disseminating information about autism (World Autism Awareness Day). It was established by resolution of the UN General Assembly in 2007, in which concern was expressed about the high number of children with autism. Apple has released two videos showing the life of a child suffering from this disease. 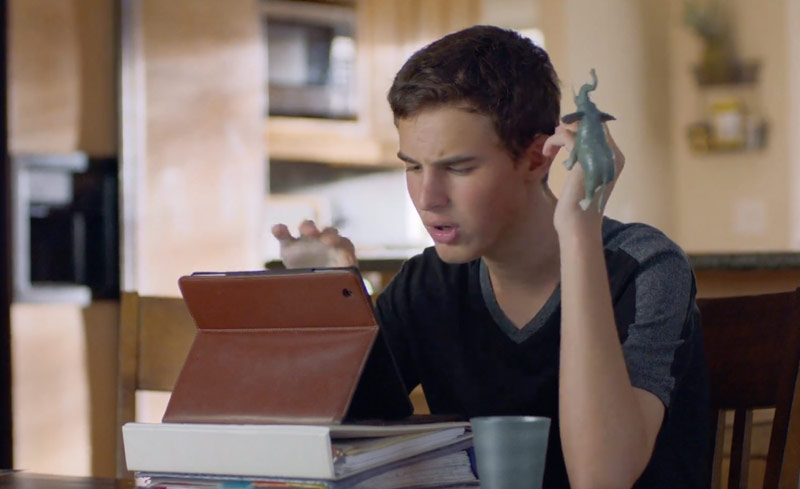 Autism is a permanent developmental disorder that manifests itself during the first three years of life and is the result of a neurological disorder affecting the functioning of the brain. The video shows the life of a teenager named Dylan who communicates with people using your iPad. On the tablet he is gaining words and the tablet communicates them to others.

According to US health officials, autism spectrum disorders occur in one out of 68 children in the world, whereas three years ago the ratio was 1 to 88. According to the world health organization, each year the number of children with autism increased by 13%.

Autism disproportionately affects children regardless of gender, race or socio-economic status. For autism in the first place characterized by unique features in terms of social interaction, difficulties in everyday communication and the unusual way of processing information from the senses.

The behavior of children with autism is also characterized by stereotypical hard — by multiple repetition of elementary movements (shaking hands or kicking) to complex rituals, and often the destructiveness (aggression, self-harm, shouting, negativism).

The causes of this disorder so far studied, the main are called genetic and environmental, i.e. the heredity and the environmental influence. In Russia there are currently no reliable statistics on the number of children and adults with autism spectrum disorders.

Smartphones Apple next generation will boast of improved battery life and signal reception Wi-Fi due to the special protection against electromagnetic interference. According to the resource ETNews, iPhone 7 components are covered with a thin layer of special metal, which provides additional shielding. Despite the fact that before the release of iPhone 7 is still […]