The founder and former head of “Vkontakte” Pavel Durov said that he created the messenger Telegram will not give out personal user data to third parties. About this Durov wrote on his page in “Vkontakte”, commenting on the recent statement of Herman Klimenko – head of the Institute of development Internet (IRI) and the newly made adviser to President Putin. 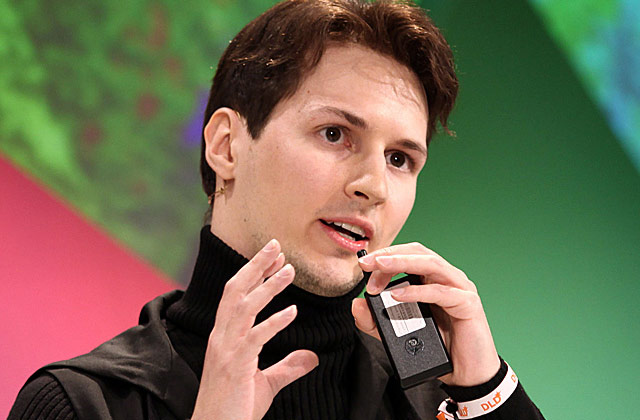 Durov emphasized that the threat of lock Telegram on one or two of the markets will not affect its privacy policy because the messenger is popular among “tens of millions of users in dozens of markets”.

“The project has not issued and will not issue personal data and encryption keys to third parties,” – said Durov. He warned that granting law enforcement access to personal correspondence of the Russian messenger “will lead to the emergence of a black market of personal data, where you for a fee to “listen” to any Russian”. According to Durov, the proof of this is that “if there are funds you can get access to phone calls to any subscriber of the Russian cellular operators”.

“Future adviser to the President cites a non-existent Western experience: neither in Germany nor in France nor in the U.S. is not prohibited secure methods of communication. The reason is simple: it is technically impossible to deny safe communication only terrorists, not jeopardize the personal correspondence of all law-abiding citizens.

In Russia, the law enforcement access to personal correspondence of citizens will lead to the emergence of a black market of personal data, where you for a fee to “listen” to any Russian. Confirmation of this – the current situation, when resources are available, to access telephone subscriber of any Russian mobile operators”, – said the founder of Telegram.

So Pavel Durov responded to the words of the founder of Liveinternet and head of the Institute for the development of the Internet of Herman Klimenko, who is the President of Russia Vladimir Putin on December 22, was offered the post of his adviser on the Internet. In an interview with TV channel “Rain” on December 23, Klimenko said that criminals “are Telegram, Skype” and other services, including “mail, which data the Russian law enforcement authorities do not issue”. “We need to acknowledge that recognizing complete anonymity and not the foreign company cooperation with law enforcement bodies of ours, we in fact, help criminals,” he said. On the question of Telegram Klimenko stressed that the messenger “will either cooperate, or will be closed”.

“It definitely will be asked to open the access codes and in America, in France and in Germany, and it either will open or will be closed”, — he added.

Telegram founder Pavel Durov has agreed to make the messenger into the register of organisers of dissemination of information. About this he wrote on his page in social network “Vkontakte”. “Registration data about the company-publisher of the Telegram – not a secret and available to anyone in the public domain. The email address where our […]

Apple: for the first 9 years of existence of App Store developers have earned over $70 billion

For 9 years, since the launch of the App store Apple has paid developers over $70 billion this is stated in a press release that the company issued on the eve of WWDC 2017. Last year the number of downloads from a catalog of mobile applications App Store crossed the mark of 130 billion downloads. […]