If you haven’t heard about Downwell, then most likely you do not watch the mobile games market. Unobtrusive retraced collected by Japanese indie developer and taken under the wing of Devolver Digital (the publishers, for example, Hotline: Miami), shocked the whole honourable audience. High ratings in the press (“game of the week!”) and attention the players will not let lie – Downwell harder than it looks. But is it? 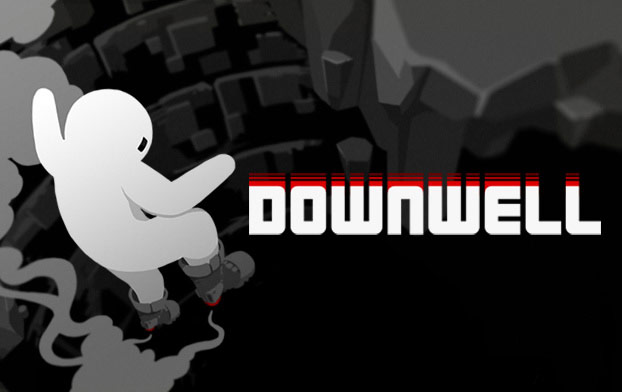 Downwell looks exactly as it should look like a game made by a Japanese for pocket money. Pixels, monochrome color scheme, punctuated aloe shots, and much, a lot of action. Do not be deceived by appearance – Downwell though similar to another indie stuff, but can take several hours non-stop drop.

The fall, Yes – the main character jumps into the well (actually, in the title game and written) and endlessly falling off a cliff. Well, well populated – there is some aggressive jellyfish, turtles with a sharp shell, and who has not. But our comrade is no fool – he’s on his feet machine-gun boots. Moreover, you can learn about this – here it is, the Japanese approach to business – only having read the description; otherwise you’d never know. 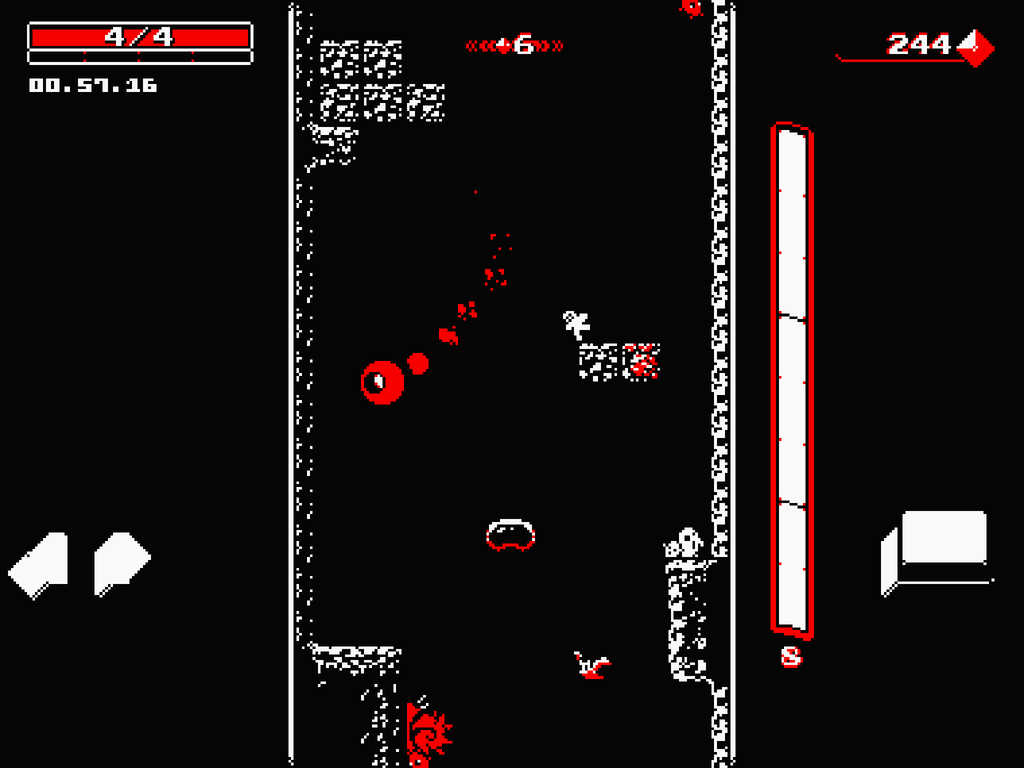 Boots shoot by tap: clicked – there was a queue. If you fill in the scale of rage, the range of fire increased, and everything is painted blood red. If you catch boosters – special colored stones – the hero instantly gains a new ability: to shoot, for example, three queues. Can lose, several times bumping his head on enemies or hitting the spikes turtles. As the hero flies down, first to implement difficult, but the rate in Downwell such that all happens. To get to turtle even easier, so the flight seldom lasts more than five minutes. 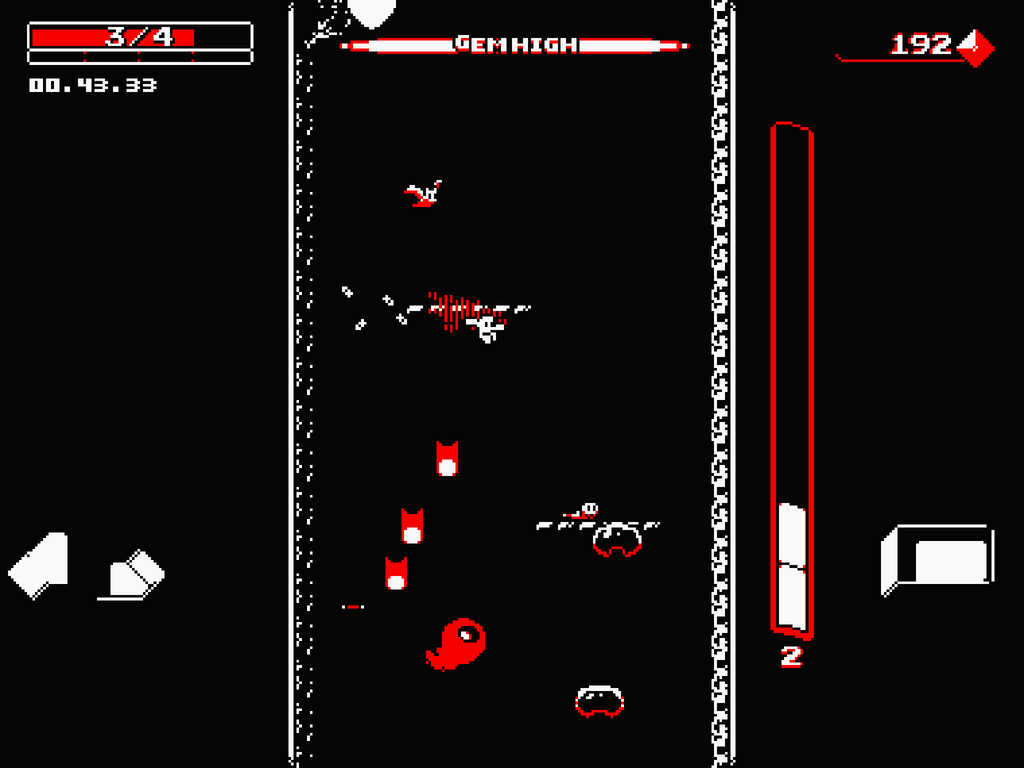 At the end of the game count the points carefully and if moved to a new level, will give a reward – a new color scheme or a different fighting style. The ultimate goal, apparently, no – player-only shooter falls and falls – but in any case it is interesting: what is there on the bottom of the well. And whether it is the bottom?

This, apparently, forces players to fight in Downwell until it stops; particularly outstanding plagued the game for several hours in a row, but the end is not in sight. Due to the fact that the application of dense action, the game really flies; a good feature for a mobile game.

Downwell is a little more expensive than you might think – 169 rubles. Perhaps the high price tag per game, so not the best looking, but you have to understand: for the money you get praticheski bottomless entertainment for many, many hours. Internal payments are not supported, so the sign “pay to fall” an eyesore will not. Just flying, just shooting and only design, has defected from the 80’s.

Apple has moved on to the next phase of testing the new iOS version. Two weeks after the previous build, the company has released an update iOS 9.3 beta 4, designed for iPhone, iPod touch, and iPad. The technical release is available to developers registered in the program of testing. The fourth beta version of […]

How to download the day 1 TB via mobile Internet

In March of this year, the largest telecommunications company in Australia Telstra has been a massive failure, which resulted in a third of the population lost their mobile for the entire day. That though as-that to soften the anger of the Australians, the head of Telstra has announced that Sunday, April 3, all its clients […]