Yesterday, Samsung announced the final closing of the production of Note 7, as the device represents a danger to the user due to the faulty battery. Analysts believe that the failure of the South Korean smartphone can help competitive of Apple to increase sales of the iPhone 7 and iPhone 7 Plus. Until the end of 2016 delivery of “Apple” devices can increase by 8 million. Anyway, this situation played into the hands of the California giant. 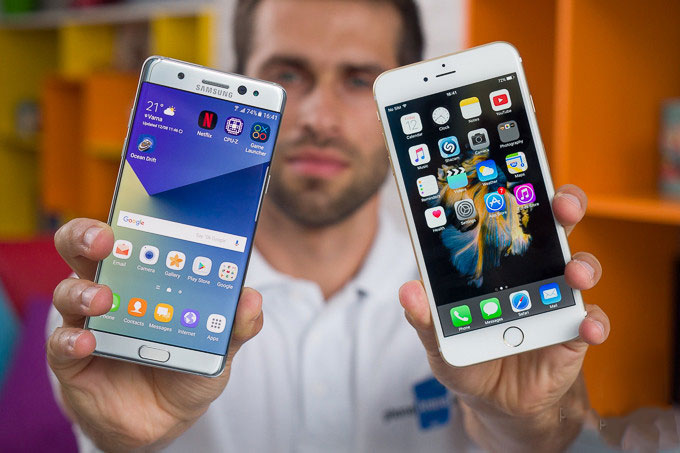 Flipping through a branch of Apple on Reddit you can find a lot of posts from former owners of Galaxy Note 7, which pass on the iPhone 7 or iPhone 7 Plus. Here that wrote one disgruntled user Samsung phablet under the name NsRhea:

“I’m very angry with Samsung, but I’m more mad at Google who can’t make a decent phone in the price range of the iPhone and Note. I was one of those who gave a chance to Samsung and decided to exchange Galaxy Note 7. I was promised a gift certificate, two cards of 256 GB and a virtual reality helmet Oculus. What happened, we already know”.

Disappointed in Samsung and Google, NsRhea decided to buy iPhone 7 Plus. But this is not the only post of this kind. A lot of Android users are going to switch to iOS.

“With the Samsung Galaxy Note 7 was the same situation as with all Samsung smartphones that I had… after a month of use it started to slow down. And so I think to go back to iPhone. Those who have recently switched to iOS, which Android features you miss most?”, – asks BillNyeDeGrasseTyson.

Read also:   Samsung Galaxy S8 is credited with the main feature of the future iPhone 8 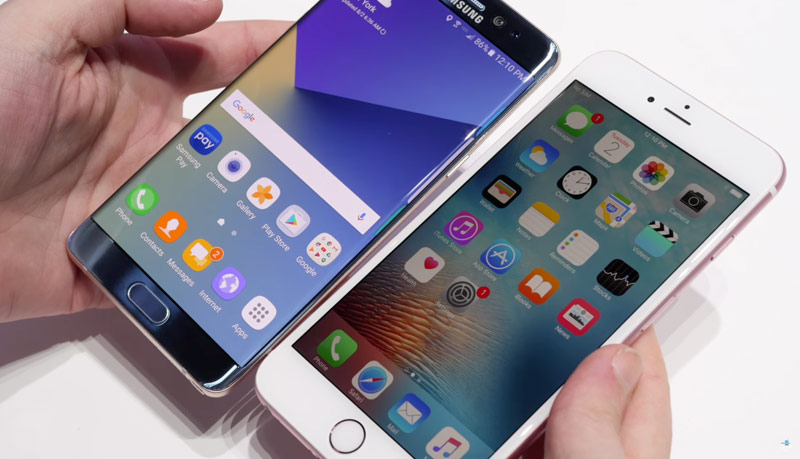 The other newly-minted owner of an iPhone 7 Plus wrote:

“I have long avoided purchasing a smartphone. On the Galaxy Note 7 I switched from the iPhone 6 Plus. What changes in iOS 10 I need to know? Useful tips and recommendations? And what happened to Siri? Long press Home calls voice commands,” writes prollygointohell.

“Yesterday I returned a Galaxy Note 7 and pre-purchase the iPhone 7 Plus Black 128 GB. The phone will deliver only 25.11 – 15.12 and it’s sad. Don’t know what else to do. I have a broken iPhone 5s, but I don’t really like the idea to use the broken gadget. Are there any suggestions?”, writes hackint0sh96.

All of these comments, of course, do not prove that Apple will sell 8 million more than the iPhone. But, at least, it is known that many Android users are now looking at iOS.

On the website successful Kickstarter campaign to raise funds for a new wearable device. Gadget called Oura is a smart ring that, according to the developers, will help to better sleep and increase productivity. Actually Oura looks like a classic men’s ring, but he’s noticeably bigger. The device is analogous to a sports tracker: it […]

It would seem that history with ridiculously high bills related to the use of mobile devices long relegated to the past. Meanwhile, upgrading to the latest version of the mobile platform Apple has taken some iPhone users a significant cost. Some users iOS 9 complained about the excessive consumption of mobile traffic their devices. Among […]

Everything interesting for the week # 61: trailer for the second season of "The Mandalorian" and Face Pay in the Moscow metro

We summarize the results of the outgoing week with a selection of interesting news that did not make it into the main agenda. News in one paragraph A service that Google will definitely close: short videos appeared on YouTube, like in TikTok Shorts is a format of short videos with a maximum length of 15 […]