Ross Young, founder and CEO of Display Supply Chain Consultants, has shared information about new iPhone models coming out this fall. According to him, in the iPhone 12 series will be installed OLED displays of three manufacturers. 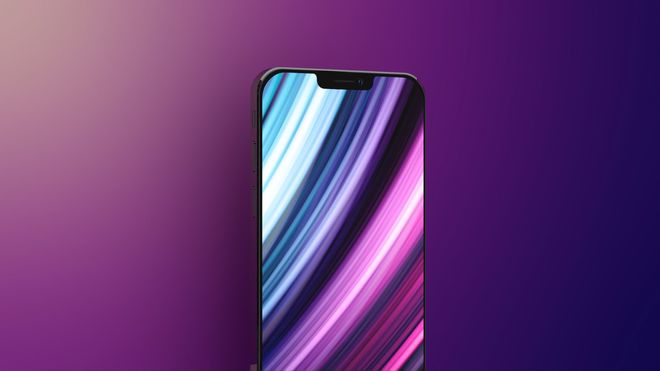 Ross Young says future iPhone models will use flexible OLED displays from Samsung Display, BOE, and LG Display. The analyst also confirmed the information that the iPhone 12 will be released in four models and three sizes. He told about each model separately. So, the youngest in the line of iPhone 12 will be a smartphone with a 5.4-inch Samsung display, which has a resolution of 2340 by 1080 pixels and a pixel density of 475ppi. It will be equipped with a dual main camera with a resolution of up to 64 megapixels and a front camera with a resolution of 12 megapixels. It will be based on the Apple A14 Bionic chipset, supplemented with 4 GB of RAM and 128 or 256 GB of internal memory. The cost of a regular iPhone 12 will be 649 or 749 dollars, depending on the volume of the drive.

Following the 5.4-inch iPhone 12 comes a 6.1-inch model called the iPhone 12 Max. It will be equipped with a panel with a resolution of 2532 by 1170 pixels and a density of 460ppi. Its production will be engaged in BOE and LG Display. iPhone 12 Max will receive the same cameras, processor and the same amount of memory as the regular iPhone 12. The cost of the Max version will be $ 749 for the option with 128 GB of internal memory and $ 849 for the version with 256 GB of memory.

The iPhone 12 Pro will receive a 6.1-inch Samsung-made display with a resolution of 2532 by 1170 pixels, a triple main camera with a main 64-megapixel sensor and LiDAR scanner, a 12-megapixel front camera and an A14 Bionic processor. A couple of chips will be 6 GB of RAM. The smartphone will be available in three versions with 128, 256 or 512 GB of internal memory. Prices range from 999 to 1299 dollars.

As for the oldest representative of the new series called iPhone 12 Pro Max, he will get a 6.7-inch Samsung display with a resolution of 2778 by 1284 pixels. The cameras, memory and processor will remain the same as the iPhone 12 Pro. The iPhone 12 Pro Max will go on sale at a price of $ 1,099 to $ 1,399, depending on the amount of internal memory.

How to open access to the file system of iOS 8.3 jailbreak

Following the procedure of jailbreaking iOS 8.3 by means of software TaiG, users found that in file managers is not displayed, the file system of the iPhone and iPad, and there is only access to the Media folder. To solve the problem, you can configure an SSH connection with the device via OpenSSH and connect […]

The Russian version of the sedan Kia Rio will support automotive interfaces Apple CarPlay and Android Auto. It is reported Kolesa, citing a statement by the manufacturer. New Rio boasts a very generous set of options for model in addition to the heated seats both front & rear, leather interior and rearview camera will be […]

Apple started to plant trees around the new headquarters [video]