The Creator of Cydia Jay Freeman has announced a new version of the jailbreak store. In version 1.1.19 developer changed the method of execution of the program code, allowing to modify informal online catalog with the help of tweaks. 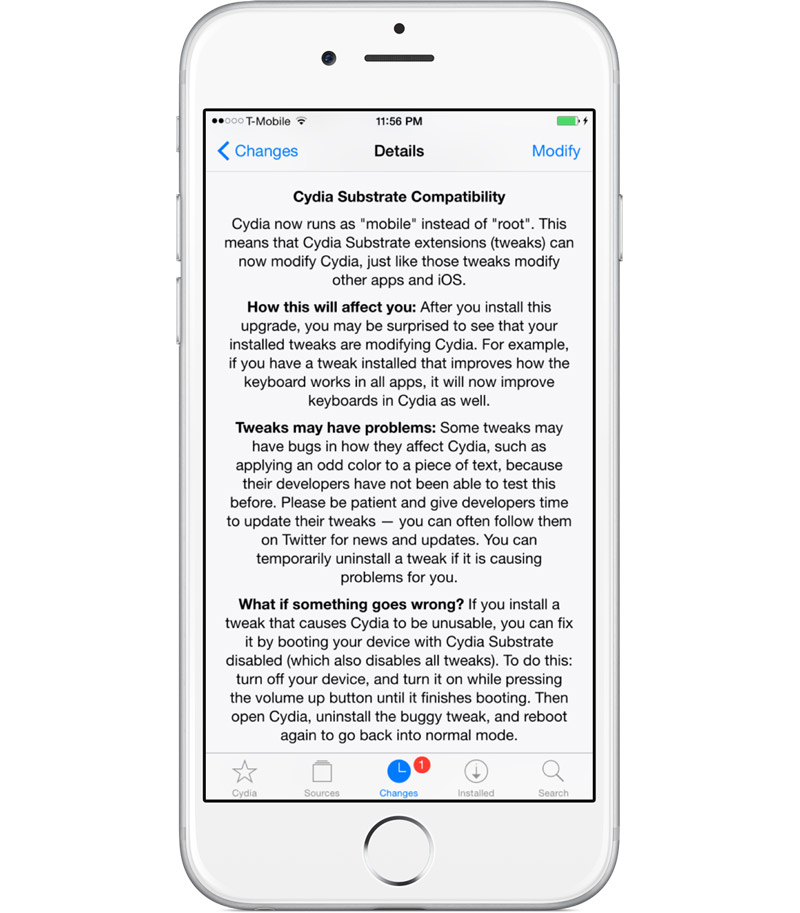 Freeman calls Cydia 1.1.19 – the most important update in the history of the jailbreak store. Now running the application has the status of “mobile” instead of “root”, said the programmer. In other words, developers will be able to create tweaks for modification shop, and current jailbreak-tweaks – to influence the program.

“After you install this update, you will be surprised to see what your tweaks are now working in Cydia. For example, if you use an extension that improves the keyboard in the application, it will improve the keyboard in Cydia”.

In addition, the developers were able to release tweaks for modifying the interface of Cydia is to offer an alternative image of the store. Previously, the catalog did not support personalization in any form.

Update Cydia to version 1.1.19 happen automatically. Just start the application and click the “Complete upgrade” after loading all repositories. 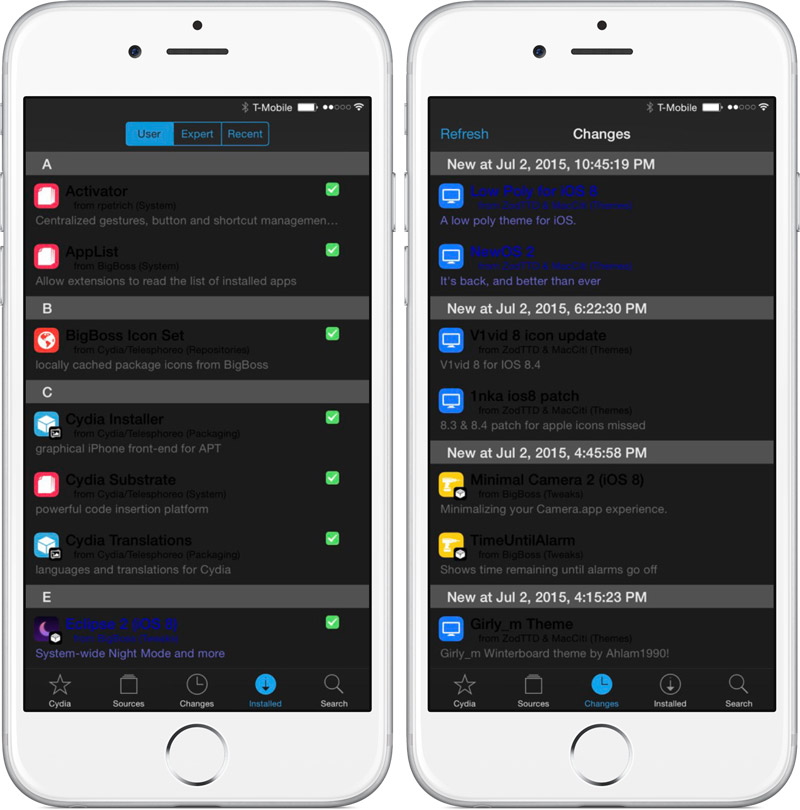 To install Cydia on iPhone and iPad with iOS 8.4, you can use TaiG. Utility is compatible with iPhone 6 and iPhone 6 Plus, iPhone 5s, iPhone 5, iPhone 5c, iPhone 4s, iPad 2 or newer, including the iPad Air 2 and iPad mini 3 and iPod touch 5G. Read more about how to jailbreak iOS 8.4, can be found here.

Apple only plans to release a smartphone with wireless charging, and Dell already carries this technology in laptops. The company introduced a new range of transforming laptops, which are the first in the industry can be charged wirelessly. The device is equipped with Intel Core of the seventh generation and offer the encryption function to […]

Apple is not the only smartphone manufacturer who decided to abandon the 3.5 mm audio Jack. The decision of the California giant to eliminate the headphone Jack in the iPhone 7 has become the most controversial in the entire history of Apple. Many buyers have criticized the company this innovation, and some sale called it […]