Ahead of the release of a new game about Om Nom Zeptolab, the Studio made free sequel to the popular project Cut the Rope 2. Game for iOS devices became available for free for the first time since the release in the App Store. 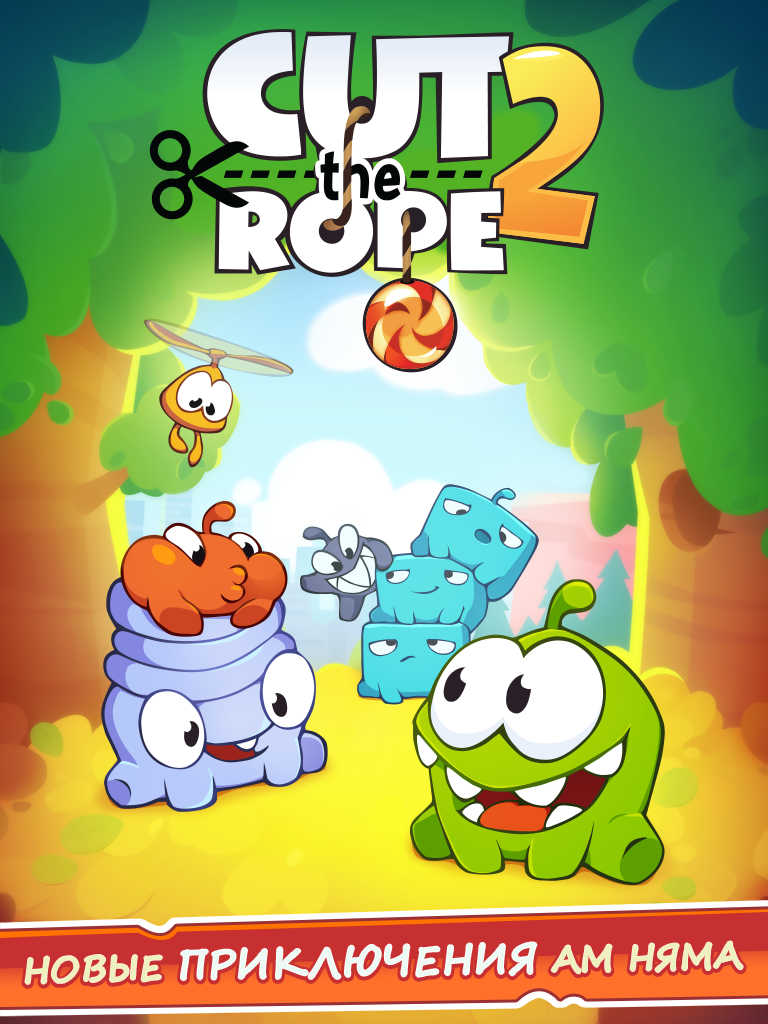 Puzzle game for smartphones and tablets from Apple, was released in late 2013. In Cut the Rope 2 presents all of the same cutting ropes, solve puzzles and feed candy monster Om Nom.

In the story, the main character Om Nom has escaped his box and went on an unexpected journey through forests, rivers, city streets and car dumps. The hero is looking for candy. But in the way of Om Nom will be not only fun but also new friends who will help him get out of the tangled covers. Cut the Rope 2 is available exclusively to owners of iPhone and iPad. 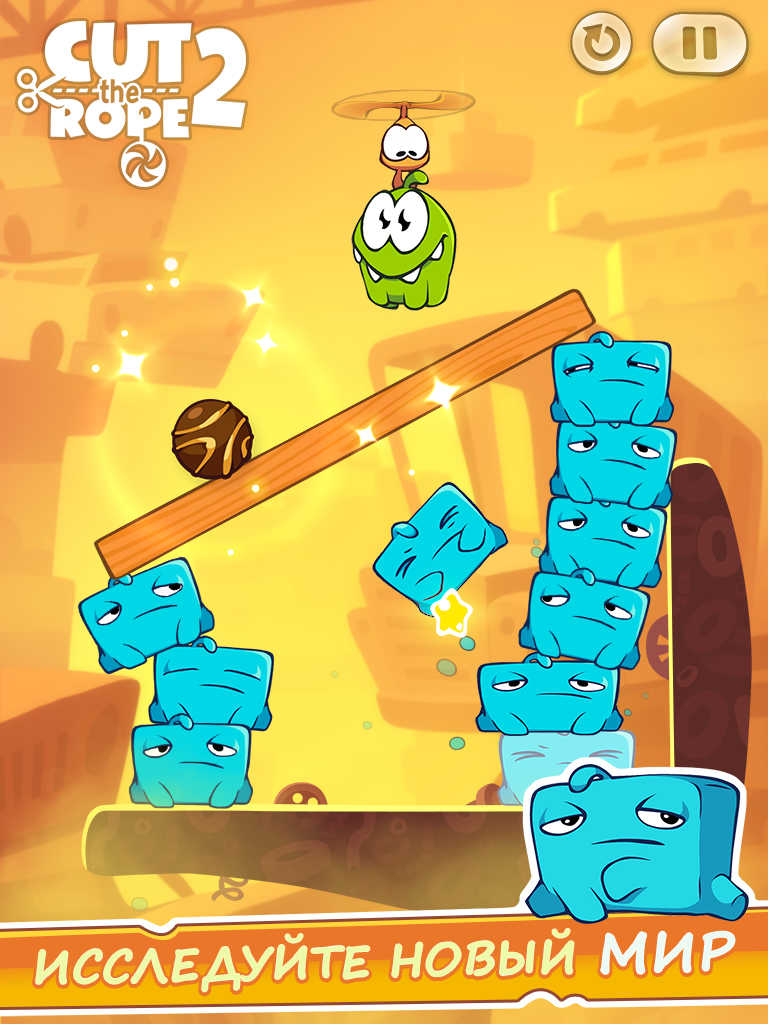 The game features five new characters with unique appearance, character and abilities, new hats and 168 levels, which is unfolding in unexpected and picturesque scenery. With Cut the Rope 2 is rules are simple: still need to cut the rope, the cutest candy to see who can get to the ever hungry Om Nom. If you liked the original Cut the Rope, then in the second part you definitely will not be bored.

Cut the Rope franchise remains one of the most successful among mobile games. In the near future is expected to release Cut the Rope: Magic, which will promote “Beeline”. As reported in the official press release, “in the Russian version, players will be able to help Om Nom through a variety of in-game bonuses of the operator.

Moreover, if the subscribers of the mobile ISP will be the first 10 levels of the game, they will receive 300 MB of free Internet traffic. And if the latter feature is exclusively for the subscribers of “Beeline”, the company bonuses will be available to all users.

Download Cut the Rope 2 for iPhone and iPad at this link.

As expected, Apple has started selling AirPods wireless headphones. To order branded headset available in the online store of the company. Thanks to recognizable anatomical form, AirPods are well kept in the ear. The battery life is 5 hours, which in itself is high. But included is a small case with an extra battery, which […]

In early September, Apple announced a special collection of the Apple Watch, created in collaboration with Nike. Sales of Apple Watch, Nike+ sports with exclusive straps and dials will start on Friday, October 28. According to Apple, Apple Watch, Nike+ is a perfect tool for runners and combines sports lanyards Nike and Apple watch the […]

In the news, we talked about the Linedock dock. Judging by the reviews, you liked it, so I got it for the test and I hasten to share my impressions. news Adapter King with Power Bank for MacBook Pro Alexander Pobyvanets December 6, 2019 I must say right away that the device is extremely specific, […]