The copyright holders sent complaints to the messenger Telegram the owners of the online stores App Store and Google Play due to start bot “flibusta sites”, which allows you to download books in response to a user request. The corresponding letter was sent to Apple and Google by the Association of copyright protection in the Internet (ISAPI). 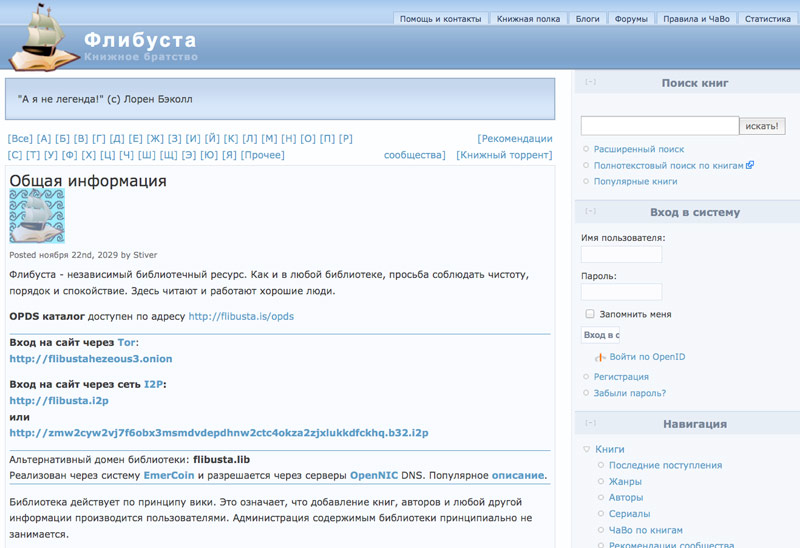 Rights holders have found the user-bot Flibustamirrorbot three books placed in the bypass rights owners: “Yandex” (“Alpina publisher”), “All the king’s men” (Mikhail Zygar, the publishing house “Intellectual literature”) and “Confessions of an economic hit man” (John Perkins, “a Pretext”). According to the head of the organization, Maxim Rabuka, complaints were sent to Apple and Google today, March 25. The company sent automatic replies that statements are taken into consideration.

Earlier, the Association asked for a Telegram, and host of the website telegram.org to remove the bot within 48 hours. “If not followed by initial reactions, we will write a letter to Google and Apple and will wait for them from the primary reaction. If the answer is no and they will submit the claim to the Moscow city court”, — said Rabuka.

Does the bot respect to the blocked resource Flibusta.net or not, ISAPI could not be determined. The head of the organization does not exclude that the name is similar to “flibusta sites”, can be used as a marketing ploy to promote bot. 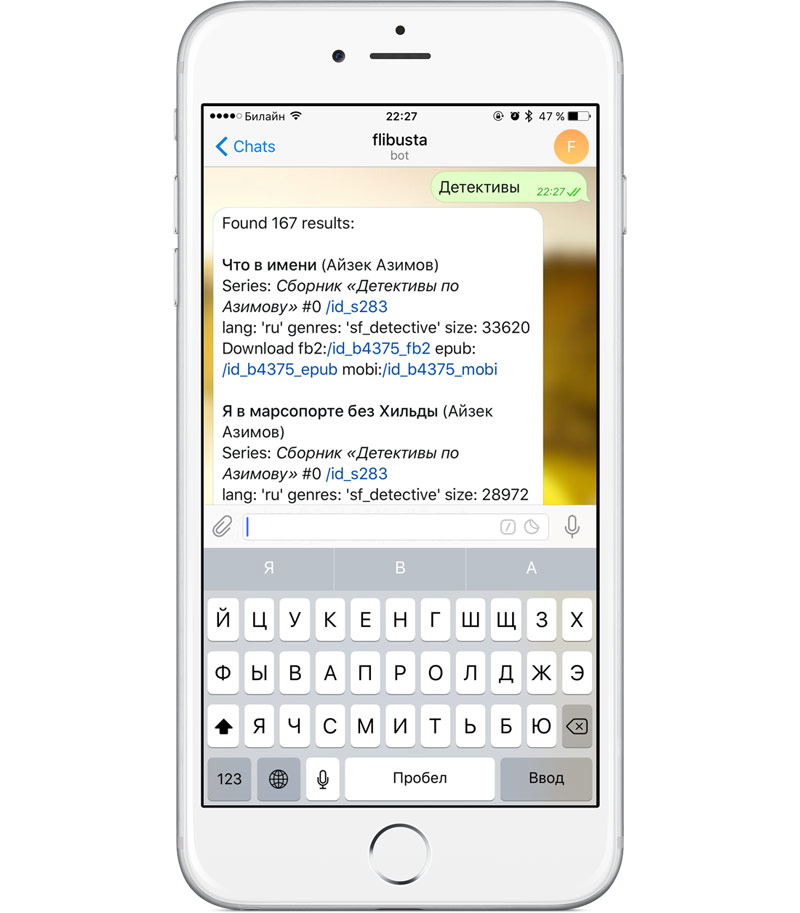 “Flibusta sites” launched the bot in the Telegram on March 16. In the official account of Twitter in library no statements about running a bot, but the owners of this account to share all the news about its creation.

Response Telegram from the leadership of the founder and messenger of Pavel Durov on the address of ASAPI is not followed.

In February 2014 the app “Vkontakte” were one day removed from the App Store because of problems with available to illegal audio and video. In the spring of that year, the program is again removed from the App Store, but in July returned version for iPhone, in which there were restrictions on listening to music in news feed and on pages. In February 2015 have been updated version of the application “Vkontakte” for iPhone and iPad — has completely disappeared music section.

New in iOS 10: the command “Hey Siri” activates only one of the nearby devices

One of the main achievements iOS 10 was the support for Siri, allowing you to add new features and expand the capabilities of the voice assistant due to third-party applications. For the first time developers can tap into the intellectual capacity of the function and prompt the user to control with voice commands. Actually, it’s […]

Journalists technical resource AnandTech conducted comprehensive testing of the iPhone 7 and iPhone 7 Plus equipped with a 64-bit processor Apple’s A10 Fusion. A series of tests confirmed the advantage of the new smartphones over the competition on the part of the computational and graphical power. System-on-chip Apple Fusion A10 4-core processor has become a […]

The largest Russian distributors of JSC “vest” has submitted to arbitration court of Moscow the claim to Apple about collecting 5 million rubles for violation of the rights to the film “John Wick”, which the media called “a movie about bad Russian”. The movie “John Wick” with Keanu Reeves in the title role was released […]