The fall of the Russian market of personal computers in the third quarter was a record: the volume of PC shipments in Russia declined by 45.5% in volume and more than 49% in revenue. After overstocking in the end of 2014, buyers are in no hurry with the purchase of computers, has risen in price since then, twice recognized by market participants. 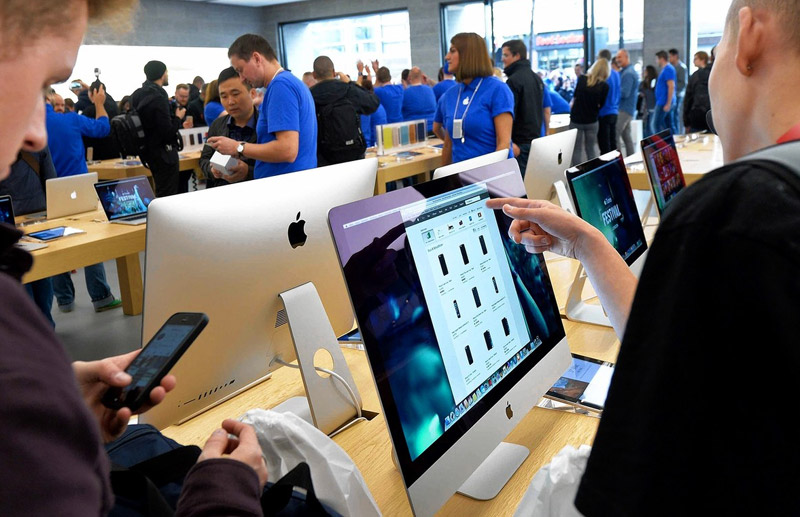 According to “Kommersant”, at the end of the third quarter of 2015, were delivered to Russia about 1.2 million desktop and laptop PCs, which was 45.5% lower than the same period in 2014. Market volume in money decreased by 49.2 percent, to $548,81 million “This is the biggest drop in the Russian PC market and in pieces, and the money in its history,”— said a senior analyst of IDC Natalia Vinogradova.

The largest supplier of PCs in Russia remains Lenovo (23,9%), followed by Hewlett Packard (14.3%) and Asus (12,1%), and rounded out the top 5 Acer (11.3%) and DEXP (6.6 per cent). Notebook shipments for the year decreased by 50,6%, to 727 thousand, and the number of imported desktop PCs fell by 36.3% compared to the previous year and amounted to 518 000 units. “The PC market, the trend towards reducing the volume of imports, which largely reflects the General economic situation in the country. Further weakening of the national currency exchange rate could hamper the prospects of market development. The decline in demand is in the category of laptops, because in this segment in the period from 2010 to 2012 implemented the greatest number of devices. The average life of a computer is increasing,” says Natalia Vinogradova.

Read also:   Problems with the graphics subsystem of the new MacBook Pro was larger than originally anticipated

“The sale of goods exert pressure as new prices, and high sales last year. Now many there is no need to refresh, and after a glut last year buyers to seriously weigh the decision to buy new digital devices”, — said the representative of “M. Video” Anton Panteleev. In the fourth quarter of 2014, amid sharp jumps in the exchange rate and the expected in this regard, price increases, sales of appliances and computer equipment in Russia peaked, rising to over 500 billion rubles., previously reported, “Infoline-Analytics”.

“The current situation on the Russian PC market, of course, directly related to the fact that the cost of production depends entirely on the dollar. And incomes do not change as fast as the price of imported products,”— said General Director of Acer Russia’s Denis Sotnikov. However, he notes that the PC market in percentage terms fell not so much as sank the national currency, which means it’s still “not the worst scenario”. “Now for us, as for many other colleagues in the market, there is one right strategy is to deliver as much product as you need, and to work to reduce costs and unnecessary expenses,” says Mr. Sotnikov. The head of Lenovo in Russia, CIS and Eastern Europe Gleb Mishin notes that digital technology was never a necessity. “In addition, over the past year, prices have doubled due to the devaluation of the ruble, which, of course, is not conducive to sales. Increased consumer and cycle users are not in a hurry to change your PC even after three or four years of use,” says Mishin.

Read also:   Microsoft decided not to inform users about the changes in Windows 10 updates

Lenovo again reminded users, why is Mac better than PC

Lenovo, the world’s largest PC manufacturer, has again distinguished himself. In February of this year, experts caught the company that it is pre-installed on their laptops program, which made them vulnerable to hackers and theft of personal information. Now it became known that the Chinese manufacturer used a hidden feature of Windows to install on […]

Apple had the idea to use the selfie to unlock smartphones